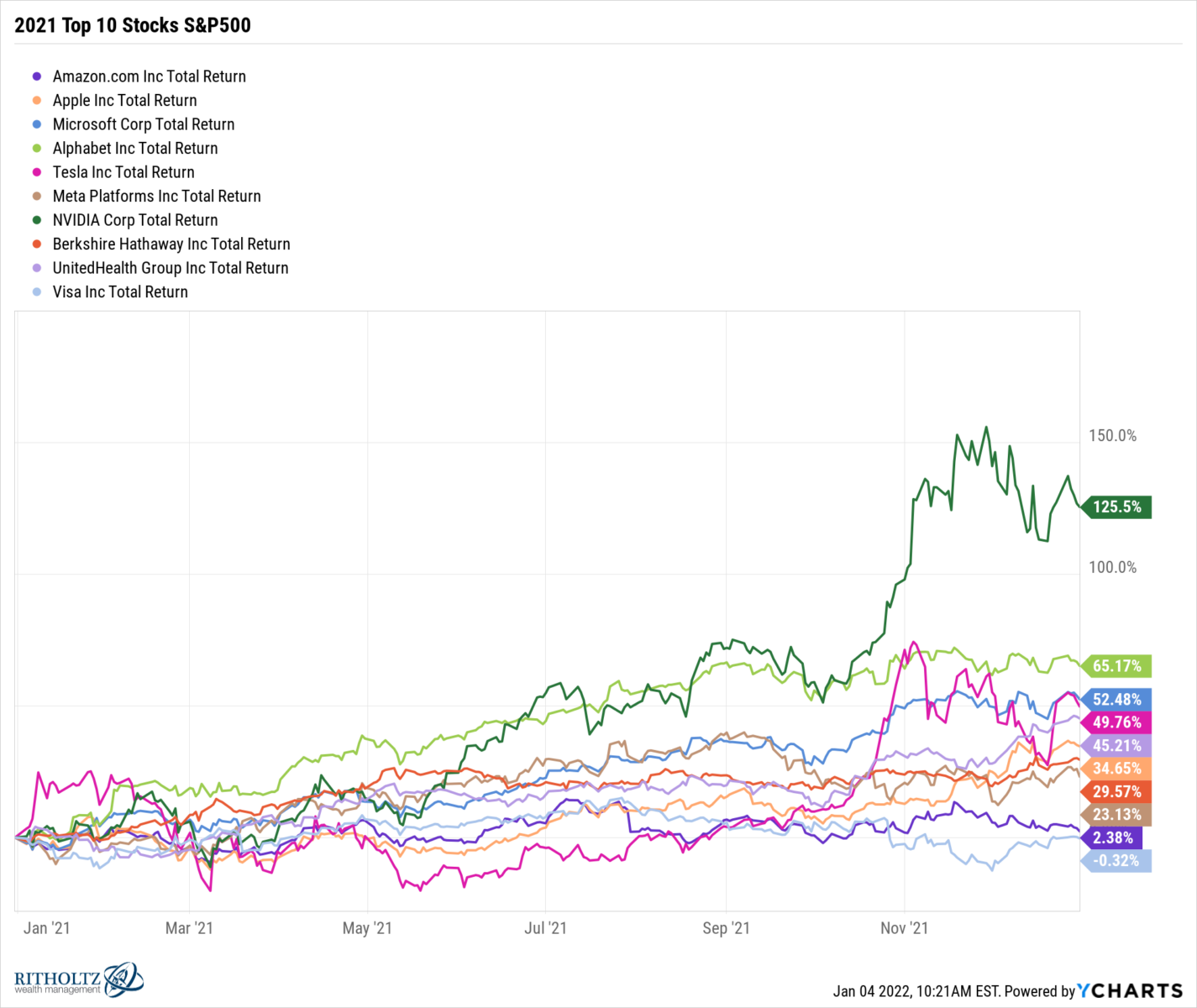 Rising 2.4% looks like losing money compared to its peers.

Beyond its stock price, Amazon had a rough year. In 2020, the company rose to the challenge of the pandemic, showed its logistical expertise, the wizardry of Amazon Web Services (AWS), and the strength of its founder/CEO. 2021 saw a lot of the gloss on Amazon fade:

But all of that is hindsight.

The simple market fact is this: After a decade where the company was unstoppable, AMZN’s stock rising 1830% and bringing the company to a $1.6 trillion market cap, Amazon.com stumbled.

This might be the most overlooked, underreported story of 2021… 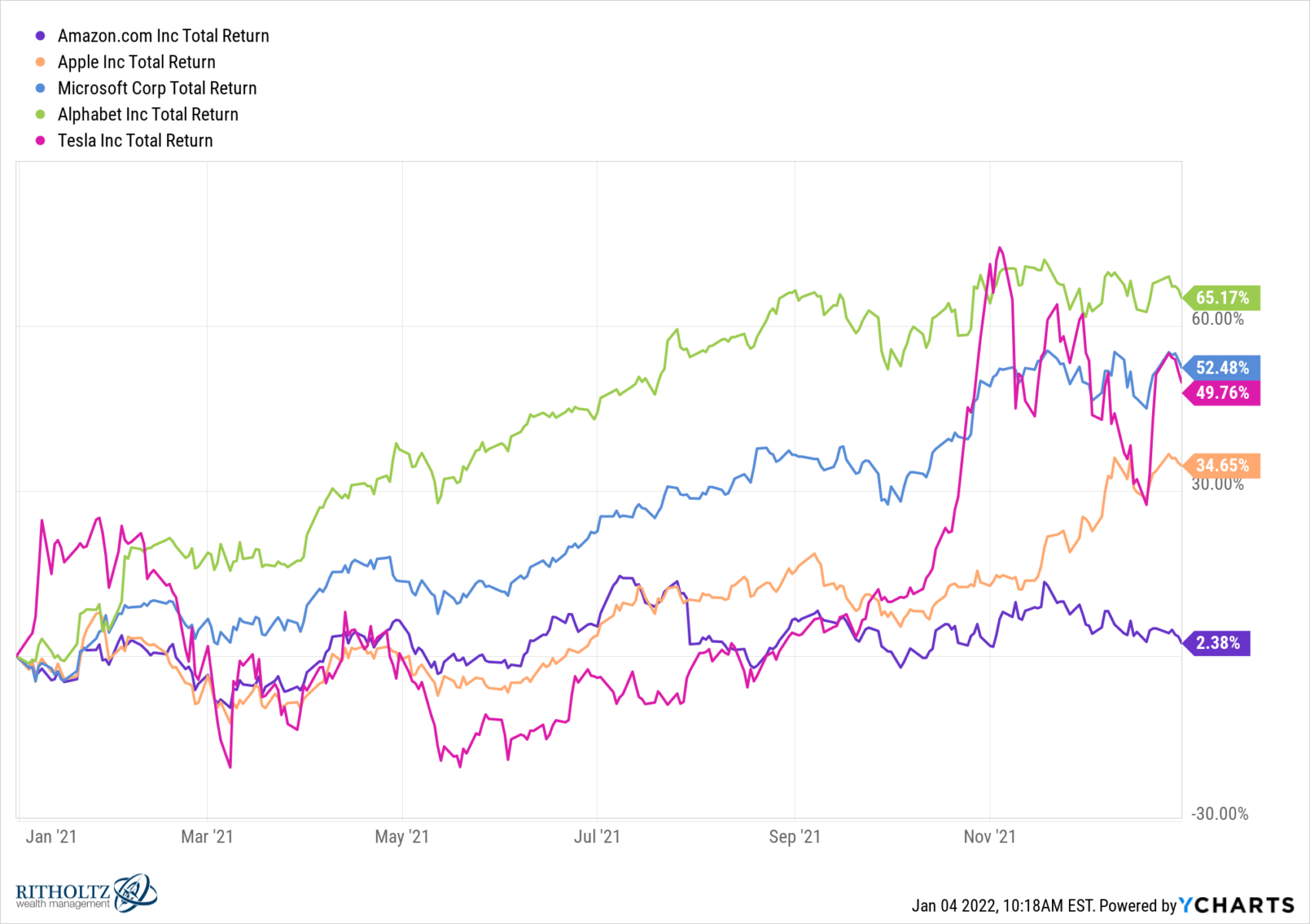