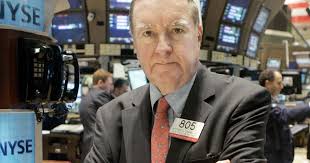 Art Cashin is Director of Floor Operations for UBS, where he also serves as a managing director of UBS Financial Services Inc. He has worked on the floor at the New York Stock Exchange for over 50 years.

A 400-Year-Old SPAC? – I mentioned the growth of SPACS – Special Purpose Acquisition Incorporations yesterday and that seemed to remind some people of things I had written and said about the famous South Sea Bubble right after the dot.com blow-up in the year 2000.

At the time, I mentioned the absolutely marvelous book by Charles McKay, “EXTRAORDINARY POPULAR DELUSIONS AND THE MADNESS OF CROWDS” which was written in about 1875 about things like tulip mania and the South Sea Bubble. In it, I mentioned the South Sea Bubble and that people were going crazy for new acquisition companies to hopefully make gains on things in the future and they invested in them somewhat like today without a great many details.

Shortly after the dot.com bubble had burst in about 2000, in a speech, I said the following:

“The South Sea Bubble was all about the kind of thing they were searching for in “mutiny on the bounty”. A tropical tree called the “breadfruit tree.” They thought it could feed the world and make them rich.

Anyway, in the chapter on the South Sea Bubble, you’ll read of a frenzy of initial public offerings in the early 1700’s based on hope and hype. Let me quote from one prospectus – it was for – “a company for carrying on an undertaking of great advantage but no one to know what that is.”

That pretty much sounds like some the adventures of some of today’s SPACS. I am not trying to make the point that we are definitely in a bubble but, clearly as some friends noted about my remarks yesterday, there are hints of enthusiasm, particularly in the IPO market that we have not seen in a long, long time and it fits in with the swings we have been seeing with the momentum trading being checked off by the trailing sell stops.

We expect the same to continue. Monday, overnight we saw some further interest in the techs that did help to be begin the futures Monday. That did help the trading but the market did stop yesterday pretty well right in the resistance. As I pointed out yesterday and I want to repeat again and again in this nonsymbiotic relationship between momentum trading and sell stops since the buyers, the momentum players, are purchasing, trying to get some gain there, operating in a straight up human form and therefore, the purchases are “rational”. That means it relates technical levels where the sell stops are triggered and somewhat automated and therefore, the sell side does not pay any attention to the key technical areas as the buy side seems somewhat chastened by them. That seems to be proven again and again on Monday when the buyers seemed to stop dead in the resistance area we had noted – – 28200 to 28300 or so and the S&P 3420 and 3440.

A little after dawn this morning, it looks like we may be ready to revisit yesterday’s action. There seems to be a mildly pleasant background for equities. It seems to promise an uptick, which will allow the momentum players to try to push up through yesterday’s resistance and to new highs.

There is incidental stuff around like the beginning of a Fed meeting, but I think the market may be all internalized. Once again, any virus data or outside surprises can affect things but, for now look for a rerun of yesterday.