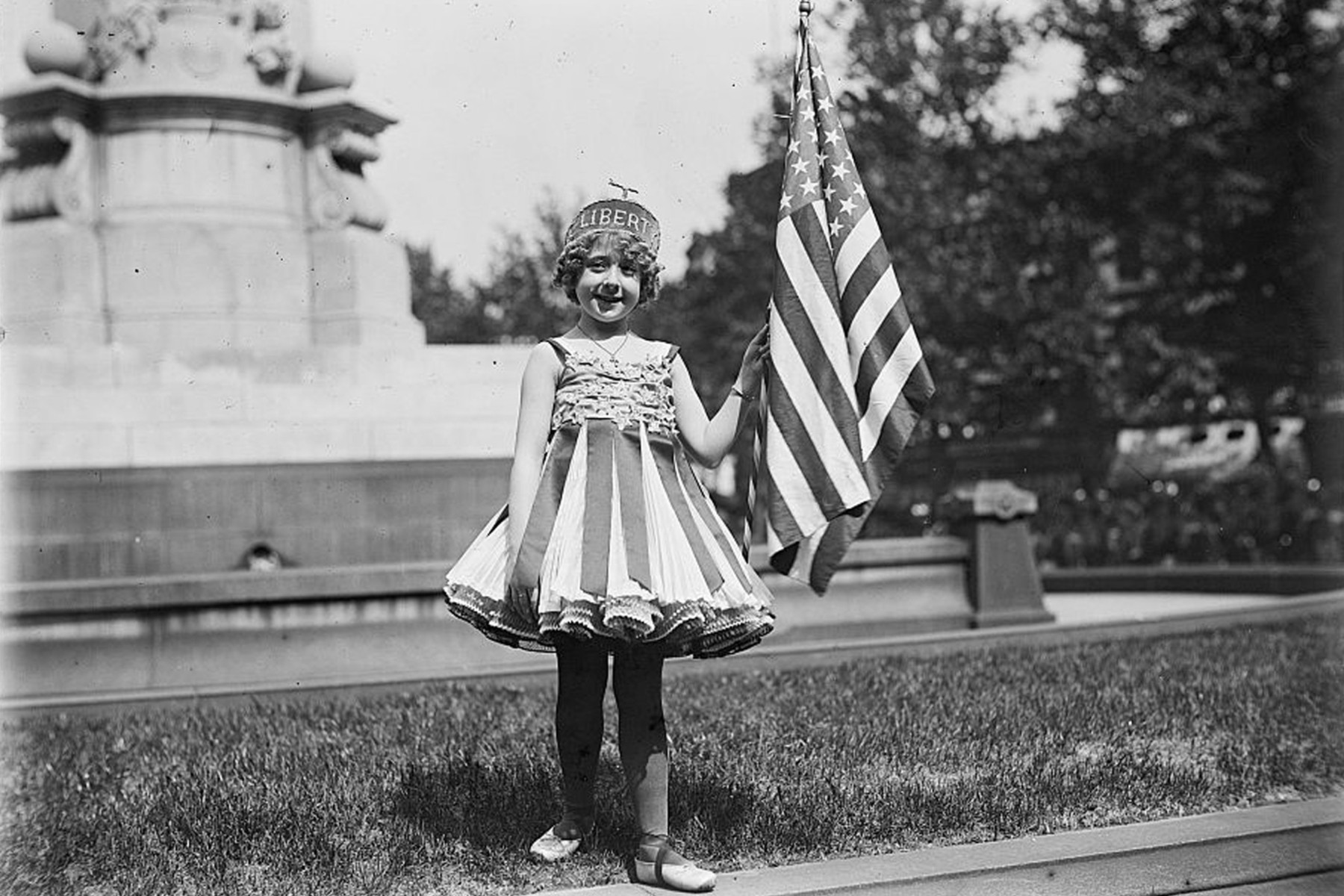 Socialism Is as American as Apple Pie
The ideology that Republicans love to hate is woven through the fabric of the country.
Bruce Bartlett, TNR, August 17, 2020

One of the strengths of the Republican Party is its message discipline. When it finds an issue that works, it beats that issue to death, flogging it long after it stops working. Thus after the Civil War, the party waved the “bloody shirt” by attacking Democrats for opposing the war, which created a continuous run of Republican presidents between 1868 and 1912, punctuated only by a single Democrat, Grover Cleveland.

Another bloody shirt that Republicans have waved forever and plan to wave again this election cycle is “socialism.” I put the term in quotation marks because to hear Republicans tell it, virtually everything government does is socialism; it is utterly foreign to the United States, and it cannot be implemented without imposing tyranny on the American people, along with poverty and deprivation such as we see today in Venezuela, where socialism allegedly destroyed the country.

Before us are two paths: one based on the dignity of every individual, and the other on the growing control of the state.  Our road leads to greater freedom and opportunity.  Their road leads to socialism and decline.

President Trump set our nation on a path to freedom and opportunity from the very first day of this administration. But Joe Biden would set America on a path of socialism and decline….

The Biden-Sanders agenda would set America on the path of socialism and decline….

My fellow Americans, that’s the choice we face.  We have two paths before us: one of freedom and opportunity, the other of socialism and decline….

So that’s the choice we face, my fellow Americans: between freedom and opportunity or socialism and decline.

The plan to run against some mythical threat of socialism has been underway for some time. As early as October 2018, the White House Council of Economic Advisers issued a report attacking it, with a follow-up chapter in the 2019 Economic Report of the President. More recently, well-known right-wing crackpot Dinesh D’Souza published a screed on the subject, the gist of which is that all liberals, progressives, and Democrats are socialists, as were the Nazis. Senator Rand Paul, Republican of Kentucky, has also published The Case Against Socialism, which one reviewer said “does not make a case against socialism, but it does make a convincing case against nepotism.” (Senator Paul is the son of former Congressman Ron Paul of Texas, for whom I worked in the 1970s.)

The essence of the Republican attack is to lie about the nature of socialism, grossly exaggerating its negative excesses while completely ignoring its positive effects. When they are forced to concede that some socialistic government programs–such as disease prevention or temporarily higher unemployment benefits–may be valuable, they will nevertheless insist that it must be resisted because it’s the first step on the slippery slope to totalitarianism. As Senator Tom Cotton, a Republican who represents the Confederate state of Arkansas, put it in a tweet: “Socialism may begin with the best of intentions, but it always ends with the Gestapo.”

Republicans assert, endlessly, that the Austrian economist F.A. Hayek proved that the welfare state leads inevitably to socialism and tyranny in his 1944 book, The Road to Serfdom. While Hayek’s theory may have been plausible in the midst of World War II, all the evidence since then thoroughly contradicts it. There is no evidence whatsoever that welfare states morph into total state control of the economy and produce a concomitant loss of freedom and prosperity. There is not a single case of this happening anywhere. Nor is there anything in Hayek’s theory to explain why socialism collapsed in the Soviet Union or why privatization rolled it back in places like Britain. (Ironically, Hayek’s relatively expansive view of government’s legitimate functions make him a virtual socialist to some of today’s right-wingers.)

One myth that permeates the right-wing attack on socialism is that America was founded as a sort of libertarian paradise based on the free market ideas of Adam Smith. However, this perspective is very much at odds with the actual views of Smith and the Founding Fathers.

For example, in 1763, Smith observed that the cheapest, most miserly government with the lowest taxes and spending was not by any means the best; on the contrary, Smith argued that it was usually a sign of barbarism. Expensive states, he believed, were civilized, more advanced than those with puny governments unable or unwilling to protect their citizens from the ravages of hunger, disease, and poverty. (This is still true.) Said Smith:

We may observe that the government in a civilized country is much more expensive than in a barbarous one; and when we say that one government is more expensive than another, it is the same as if we said that the one country is farther advanced in improvement than another. To say that the government is expensive and the people not oppressed is to say that the people are rich. There are many expenses necessary in a civilized country for which there is no occasion in one that is barbarous. Armies, fleets, fortified places, and public buildings, judges, and officers of the revenue must be supported, and if they be neglected, disorder will ensue.

Like Smith, the Founding Fathers understood that government has functions that go far beyond the night watchman state favored by those on the right today. Thomas Paine, whose pamphlet Common Sense underpinned the ideology of the American Revolution, was a virtual socialist. His most radical work, Agrarian Justice, proposed the revolutionary idea of a wealth tax to fund payments to citizens reaching maturity, a precursor to today’s idea of a basic income.

James Madison, principal author of the Constitution, agreed that providing income to the indigent was a core government function. He wrote in an 1820 letter:

To provide employment for the poor and support for the indigent is among the primary, & at the same time not least difficult cares of the public authority. In very populous Countries the task is particularly arduous. In our favored Country where employment & food are much less subject to failures or deficiencies the interposition of the public guardianship is required in a far more limited degree. Some degree of interposition nevertheless, is at all times and everywhere called for.

Of course, Alexander Hamilton was definitely a big government kind of guy, advocating direct government aid to industry, extensive public works, and a strong central government, which is the subject of a new book, Radical Hamilton, by the City University of New York economist Christian Parenti. Hamilton’s Report on Manufactures (1791) is a virtual blueprint for extensive government control of the economy for which he is routinely denounced by today’s conservatives.

A number of books detail the many ways that the early republic harnessed the power of government to grow the economy. These include The Governmental Habit Redux by the economic historian Jonathan R.T. Hughes, The Great Challenge by the political scientist Frank Bourgin, and, just published, The Lost Tradition of Economic Equality by the historian Daniel R. Mandell. Even the sainted Thomas Jefferson, the most libertarian of the Founding Fathers, expanded government far beyond its constitutional limits when he made the Louisiana Purchase.

Since they’re unable to run against the actual expansion of the American welfare state, GOP propagandists retreat into fantasy. Always missing from the Republican critique is any clear definition of socialism. This is intentional. Republicans know that the term “socialism” is unpopular with many Americans—although a growing percentage embrace it. Republicans also know that numerous programs they view as socialistic are nevertheless very popular with voters. President Harry Truman often made this point in his speeches. He said in 1952:

Conversely, Republicans never call their many tax giveaways to favored industrialists like Elon Musk “socialism.” In her brilliant book, The Entrepreneurial State, the economist Mariana Mazzucato demonstrated that the entire tech sector rests on a foundation of government-funded research and development that is almost never acknowledged.

In truth, Republicans aren’t opposed to socialism per se but only socialism that benefits poor people and minorities. Socialism for farmers and industrialists is just fine as far as they are concerned.

According to the dictionary, socialism means that the government owns all the means of production, and Republicans are right that this system doesn’t work very well. But absolutely no one is advocating that. Today’s advocates of “socialism” merely want a somewhat expanded welfare state or even just a government that actually works. Republicans are running against a strawman, though history tells us that has never stopped them before.