BBRG: Top-Heavy Stock Indexes Are Nothing to Fear

BBRG: Top-Heavy Stock Indexes Are Nothing to Fear

Top-Heavy Stock Indexes Are Nothing to Fear
It’s not rare for a small group of equities such as Apple, Microsoft and Amazon.com to account for a large percentage of the S&P 500.
Bloomberg, August 18, 2020

Still, you have to give the opponents of low-cost, passive indexing credit for persistency. They keep trying to convince investors that it is a poor approach to asset management.  Last year, I calculated that there was over $80 trillion in worldwide equities that were managed actively. The active side is trying to protect that franchise from further erosion.

Their task has been daunting as the capital bleed continues. Despite an endless assortment of criticisms thrown at passive, nothing has stuck. Millions of investors have voted with trillions of dollars: Since the 2008-09 financial crisis, about $1.8 trillion has moved out of active funds while $2 trillion moved into passive. This cumulative investor fund flows makes for this incredible chart on capital flows.

Regardless, the criticisms of indexing are worth considering, if only to sharpen ones’ thinking. In particular, the claim that indexing is dangerous because it currently represents a highly concentrated stock risk. In market capitalization weighted indices like the Standard & Poor’s 500 Index or the Nasdaq 100 composite index, the six “FAANMG” stocks have captured most of the inflows and therefor have gained wildly disproportionate influence among the 500 stocks in the index.

Full column can be found here. 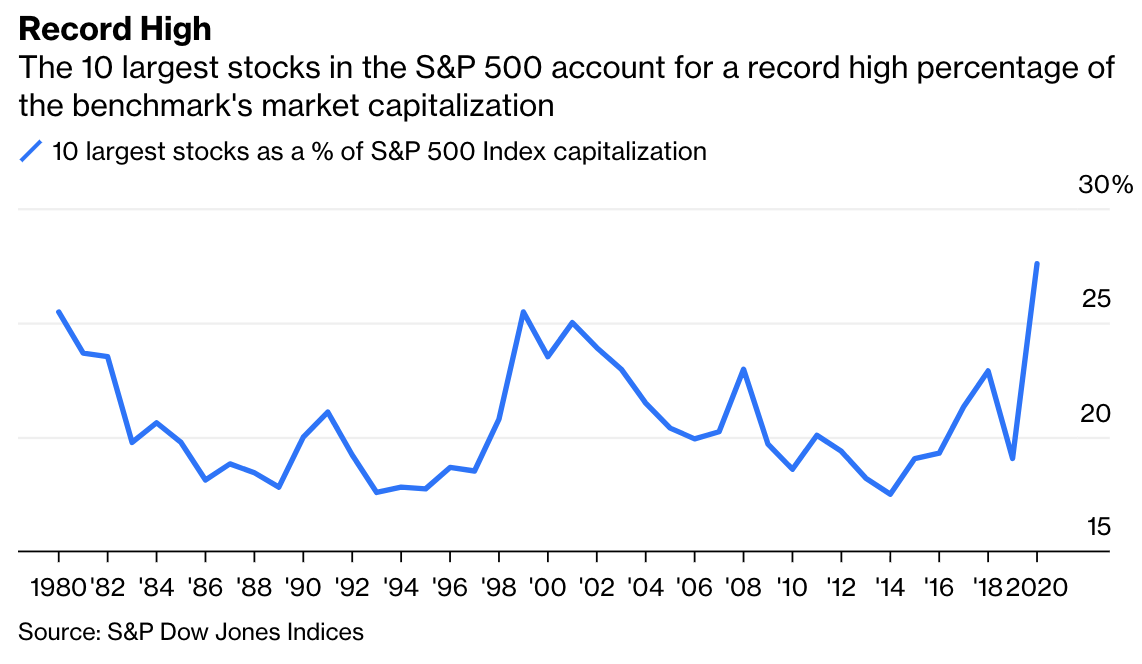 I originally published this at Bloomberg, August 18, 2020. All of my Bloomberg columns can be found here and here.