If you have been paying even a modicum of attention to the financial press over the last few years, you would have noticed that the effect of a decade plus of super low interest rates has been across-the-board overvaluation of investments. Ironically, CalPERS former Chief Investment Officer Ted Eliopoulos, generally dismissed as an administrator rather than a money maven, took out a hedge against that risk. His supposedly more market-savvy successor Ben Meng proceeded to dump the bigger of the two hedges on the eve of the coronoavirus crash, depriving the fund of a $1 billion gain, which would have garnered a 3500% return in March.

The damning Bloomberg report by Erik Schatzker is almost certainly the result of leaks by unhappy insiders. It states both staffers and even CalPERS’ outside expert Wilshire opposed the move but Meng overruled them. From the article:

Calpers had been warned about the perils of shifting strategy. At an August 2019 meeting of its investment committee, Andrew Junkin, then one of the pension plan’s consultants at Wilshire Associates, reviewed the $200 million of tail-risk investments.

“Remember what those are there for,” Junkin told Calpers executives and board members, according to a transcript. “In normal markets, or in markets that are slightly up or slightly down, or even massively up, those strategies aren’t going to do well. But there could be a day when the market is down significantly, and we come in and we report that the risk-mitigation strategies are up 1,000%.”

Institutions like CalPERS hire advisers like Wilshire not just for their acumen but also as a liability shield. This bad call sits entirely on Meng’s shoulders.

Note that Junkin recommended keeping the hedges on when is estimate of the payoff was over 3 times lower than what the one Meng killed would have generated.

Even worse, dumping the bigger and better of the two hedges abruptly amounts to market timing, a cardinal sin among professional investors, even though Meng in a statement tries to justify the move because the insurance was allegedly too costly. Meng’s self-defense:

“At times like this, we need to strongly resist ‘resulting bias’ — looking at recent results and then using those results to judge the merits of a decision,” Meng said in a statement. “We are a long-term investor. For the size and complexity of our portfolio, we need to think differently.”

This is a boneheaded claim and calls Meng’s supposed acumen into doubt. Keeping the hedge on would have been the long-term oriented strategy. As Nassim Nicholas Taleb described in Fooled by Randomness and The Black Swan, leveraging the findings of Beniot Mandelbrot about the distribution of risks in financial markets, investors underestimate tail risk. So even though hedging tail risk looks expensive (and truth be told, options are not cheap), the systematic underpricing means that the occasional ginormous payoff makes the overall return attractive. But most people and institutions aren’t wired to tolerate ongoing losses with no ability to foresee when the big but predictable eventual big blowup will occur.

Insurance is expensive. Traditional insurance, unlike Taleb-style “exploit investor lack of appreciation of risk distributions” losea money on an expected value basis. You nevertheless eat the cost to limit the damage of extreme downside events like being flattened by a bus or having your house burn to the ground. You would think CalPERS would want insurance even if it weren’t an economically wonderful bet in narrow terms to limit downside (for instance, reducing the risk of having to dump positions in a terrible market to meet capital calls, as it did in 2008) and for purely political reasons, to be able to point to a winning move in the midst of a portfolio bloodbath.

There are way too many examples of individuals in positions of authority who are credentialed and book smart who lack judgment. Meng increasingly looks to be one of them.

More specifically, if Meng were as rational and sophisticated as he pretends to be, he would have recognized that the past costs of keeping a hedge on that had not yet paid off was a sunk cost. Decision theory 101 says you ignore sunk costs.

The decision to keep the hedge on or cut it should have been based on a forward-looking assessment. Meng gave notice to terminate the bigger, more costly, and potentially more rewarding hedge in October, with the notice becoming effective in January. Ironically, that was when China shut down Wuhan, and then quickly moved to lock down about 70% of its economy. We were on to it early (see for instance, our January 23 China Coronavirus Watch: Updated – Another Chinese City Locked Down to Prevent Spread and January 26, Coronavirus: Not Looking Good, in addition to other sightings in Links and Water Cooler).

Some have argued that the coronavirus was a black swan. We’ve pointed out it wasn’t; epidemiologists have been warning of pandemic risk for at least two decades. But in addition to that, other “fat tail” risks Meng should have considered (and his advisers likely did) included a conflict with Iran spinning into a hot war, a Sanders win looking increasingly likely (which would make Mr. Market very unhappy short term even though his planned spending programs would be good for the economy), and effective terrorist attacks on infrastructure (our grid is way too tightly coupled).

And Robert Shiller contends that there was no real world trigger for the 1987 crash. Per him based on a survey of institutional investors, it just started snowballing and program insurance poured gas on that fire.

Meng appears to have fallen for the past as predictor of the future fallacy: 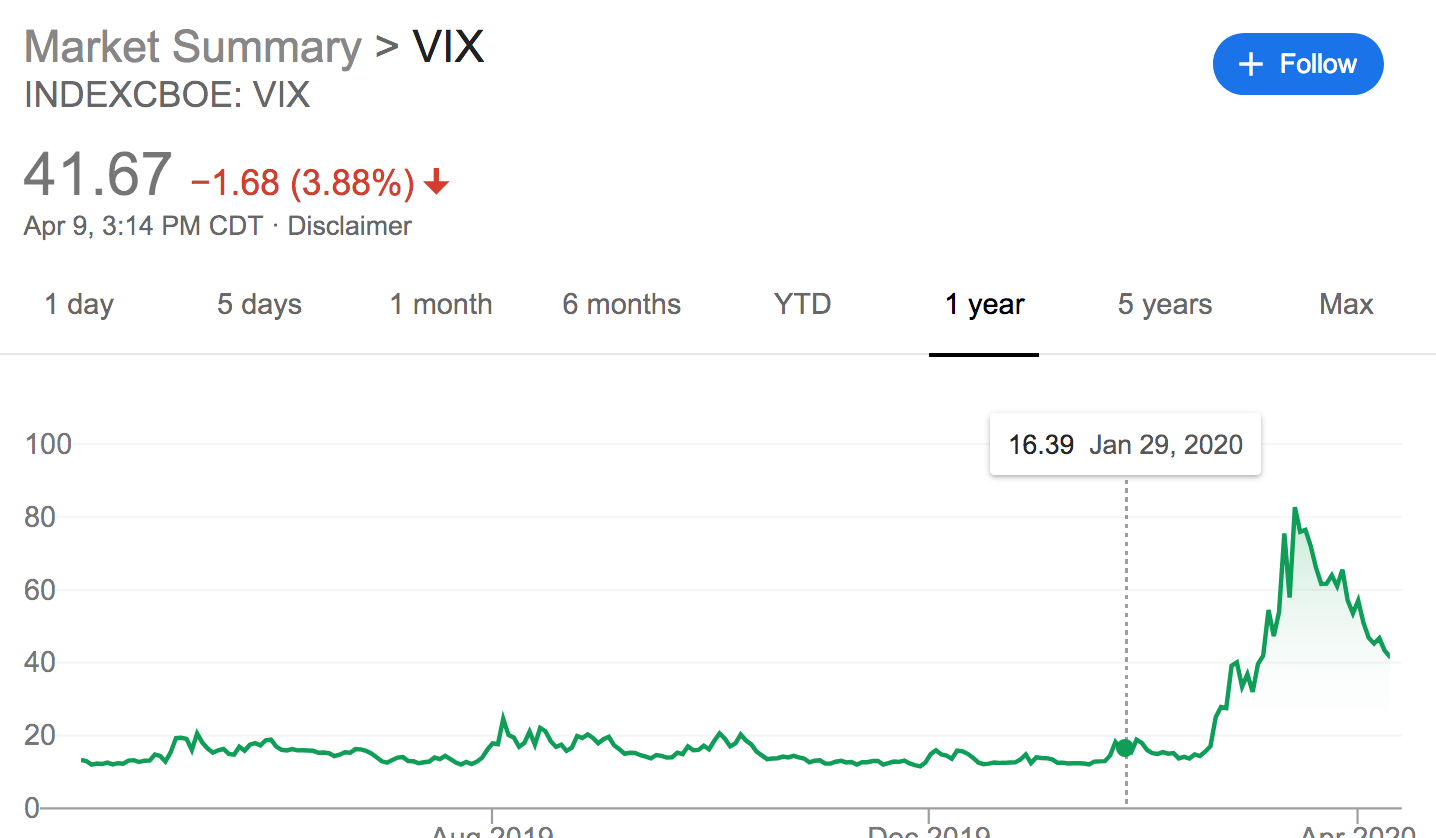 It was only a matter of time before a major correction would occur. But this has been the state of affairs for so long that explicit bets against it, or even contrary moves would be costly. On the one hand, it was way back in 2015 that CalSTRS Chief Investment Officer Chris Ailman warned that private equity deals were “priced almost to perfection” in 2015 and concluded: “So it’s a tough time to make investments and hope we make money.” And remember that private equity has long been public pension funds’ fantasy that they can somehow beat the risk/reward tradeoff.

And despite Meng’s claim of wanting to “think differently,” the program he rejected was precisely that. Again from the article:

Most institutional investors prefer a more traditional approach to risk management, such as diversifying assets and holding Treasuries. Insurance is harder to grasp and fund managers typically balk at the idea of investing in anything that loses money most of the time, according to Macro Risk Avisors’ [Dean] Curnutt.

And earlier in the piece, Curnutt highlighted the real problem:

“It becomes hard to establish and hold these hedges because they eat away at precious returns,” Curnutt said. “Pension funds have return targets that are highly unrealistic.”

So CalPERS did the equivalent of picking up pennies in front of an oncoming tank by reducing its hedges. Not only was it a mistake to cut this protection, it would have been better, as Ted Eliopoulos intended to double it. Even at its high water mark, CalPERS had protected only $5 billion of a $350 billion plus portfolio.

Meng’s claim that he had other, better ways to reduce risk does not wash. These hedge programs were designed to provide protection against market meltdowns. The traditional approach of using diversification, like holding real estate and bonds, to offset risk fails in this type of market. As the quants like to say, correlations move to 1. Supposed safe havens like gold would plunge because investors would dump it as their least distressed asset to meet margin calls. Although Treasuries do appreciate, no investor will hold enough to offset meaningfully the bleeding elsewhere.

And in the worst of the crisis, investors could not even repo Treasuries.

I’ve been getting reports from individuals who have worked with Meng who express doubts about his capabilities. For instance:

From what I understand Meng”s job at [China’s] SAFE [State Administration of Foreign Exchange] was to hire and oversee its external managers across a variety of asset classes. How well Meng did in that job would be hard to measure in three years but in my view overseeing managers is a relationship job not really an investment job. At it’s worst it’s schmoozing and politics and if nothing else those are things that Meng excels at and I say that having worked with him on several committees in his previous stint at CalPERS.

Meng is getting paid twice what Ted Eliopoulous was paid and yet his contribution thus far has been to turn CalPERS into an essentially indexed fund in the public markets space. Nice work if you can get it. Marcie Frost seems to think it’s a big accomplishment. What it really speaks to is the fact is that in anything outside of Fixed Income CalPERS’s track record in active management was dreadful both outright and in comparison to its major peers such as Florida’s SBA, Texas Teachers and CalSTRS. In Public Equities and Asset Allocation, CalPERS generated negative alpha consistently. But this should not be a surprise given that both areas are led by indexers who don’t really believe in active management but still wanted to do it and weren’t themselves prepared to terminate those efforts when they didn’t work.

Perhaps this colossal error of judgement will finally lead to more scrutiny of Meng’s chops and more effort to pin him down on his bafflegab. But given how reluctant CalPERS is to admit to error, it will take a lot more visible mistakes for overdue questions to be asked.