It shouldn’t come as much of a surprise to learn that the number of students attending college has fallen due to Covid-19, 16% for incoming students and 4% overall, with the total decline greatest among foreign students. Those foreign students, who pay top dollar, have been staying away first due to China bashing (the Chinese were very well represented) and then due to Covid risks and travel restrictions.

Remember that the drop in enrollment comes on top of other hits to revenues. We gave the broad outlines of how Covid-19 translated into a grim future for higher education in May:

“Decimate” might be too charitable a forecast for American higher educational institutions, since the word originated with the Roman army practice of killing one man in ten. Coronavirus is hitting pretty much all of the bad aspects of their business models at once.

Dependence on/preference for foreign students, often not for their accomplishments but for their ability to pay full and even premium fees. Chinese students accounted for one-third of the total. Their enrollment was already falling as of 2019. 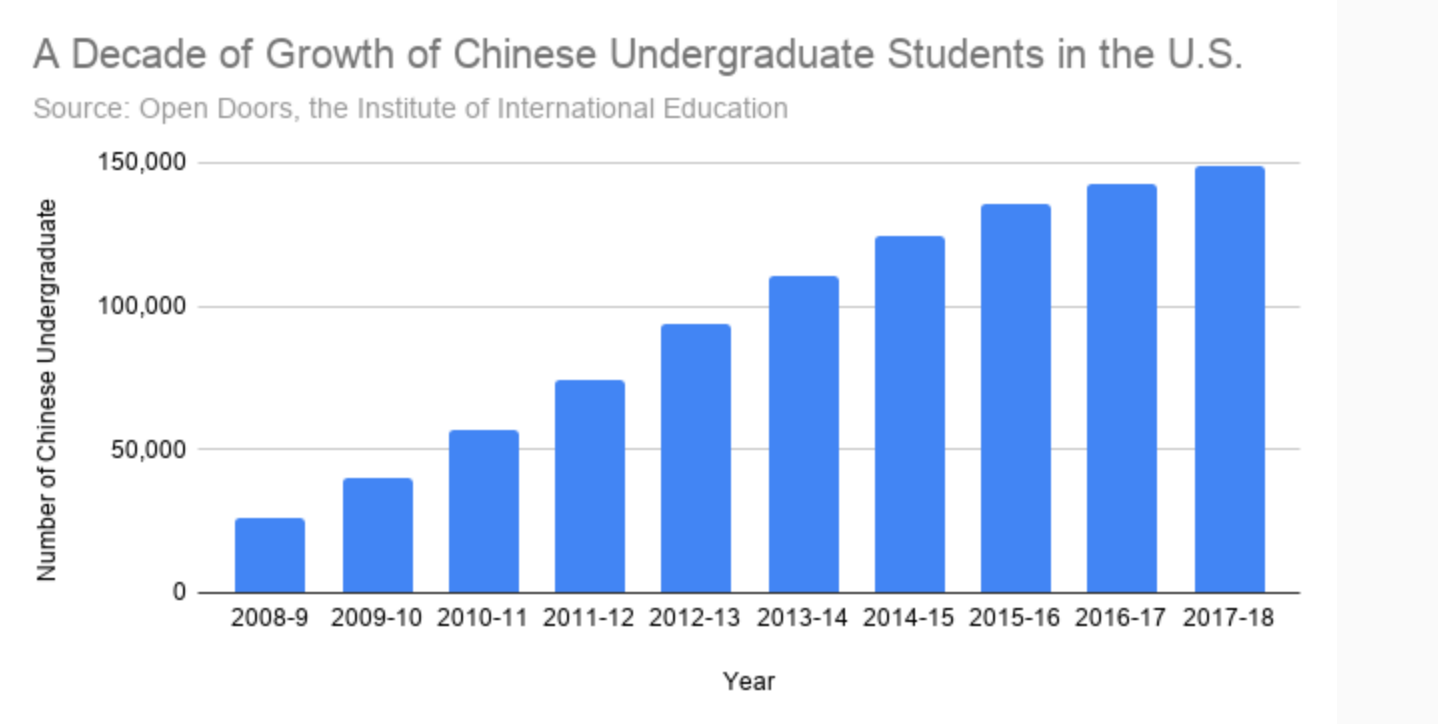 But Chinese students’ contribution to revenues is out of proportion to their numbers. From the New York Times in March:

Universities in English-speaking countries, especially Britain, Australia and the United States, have grown increasingly dependent on tuition from Chinese students, a business model that the virus could dismantle….potentially leaving countries with multibillion- dollar holes in their universities’ budgets.

Foreign students were dismayed by the way US schools shut down abruptly and gave little to no help in helping get them back home.

Skyrocketing prices leading more students to question college or emphasize “practical” degrees. As with mortgages, access to debt has led to higher prices. And with student debt terms so draconian, more and more students are trading down: going to cheaper schools or focusing on programs that teach harder skills that hopefully translate into market value.

Bloated adminispheres and gold plated facilities. MBA parasites have colonized universities, with the justification often that they increase fundraising. For what purpose? To pay themselves better, and to create naming opportunities for donors with new buildings, and to justify high charges via plush dormitories. Apparently swanky gyms are common.

All those expensive buildings have become an albatross.

Now consider the impact of coronavirus.

Litigation over terminating on-campus instruction. This is probably the least of their worries….

Low likelihood of resuming classes on campus this fall….

There is the very real possibility that employers will downgrade the value of degrees conferred during the plague years.

It’s hard to see how colleges and universities escape cutting tuition, save perhaps the most elite…

And what happens to university budgets due to the loss of room and board income?

Schools already looking at probable downgrades. Standard & Poors is already put a long list of higher educational institutions on its negative watch list. Bear in mind that S&P and Moody’s tend not to downgrade before Mr. Market already has the bond trading at a lower rating level. From an April 30 Ratings Action:

While S&P Global Ratings’ outlook on the U.S. not-for-profit higher education sector has been negative for three consecutive years now, we believe that the COVID-19 pandemic and related economic and financial impacts exacerbate pressures already facing colleges and universities. The financial impact on institutions from the loss of auxiliary revenue from housing and dining fees, and parking fees; as well as revenues from athletics, theater, and other events, is material for many. For schools with health care systems, lost revenue from cancelled elective surgical procedures could also be significant……

As our May piece anticipated, the shift to online instruction is a net loser. Students on campus generate lots of other income. Some schools like Princeton have lowered their tuition as an acknowledgement that online instruction is inferior to live classes; holdouts like Harvard have gotten a lot of criticism but have not relented.

The spate of articles on enrollment levels in higher educational institutions breaks out the results by type of organization as well as other categories, like the fall in male enrollment (6%) versus female (2%)