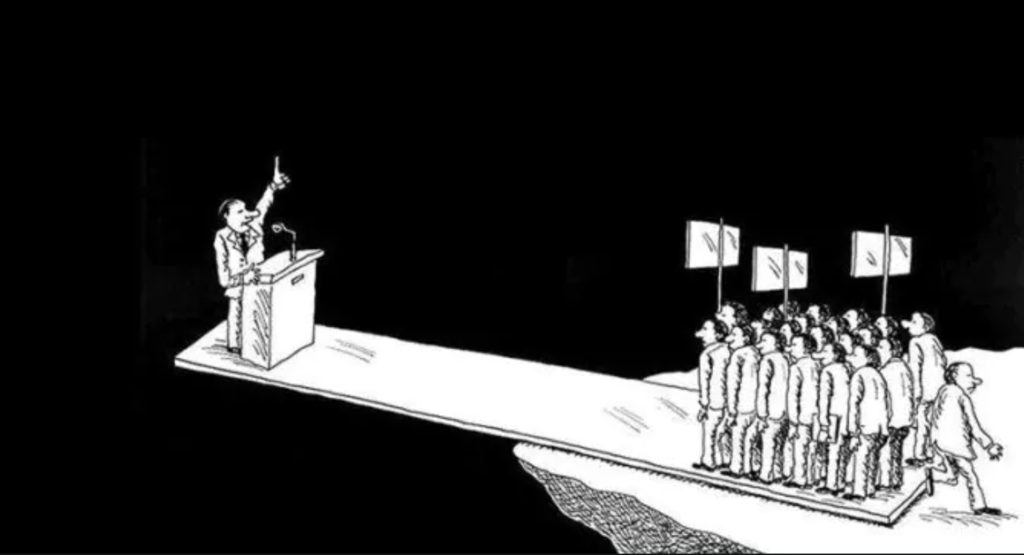 I built my reputation on being a blunt, honest and a bit off the center of mainstream. At the same time, no one wants to purposefully alienate half of their clients (or listeners or readers). On occasion, it can be a challenge to thread that needle.

When the Matt Phillips of the New York Times asked for some thoughts on “markets in the age of Trump,” I recognized how easily I could give offense. Especially with the election barely over and nerves raw. So rather than offering yet another hot take on policy or creating some unfounded market narrative, I went in a different direction: How to reduce the Noise levels we all experience in Markets.

Its one of my favorite topics, and Paragraphs 5 and 6 was where I threaded that needle:

“I just want my life to go back to normal,” said Barry Ritholtz, a money manager in New York who did not vote for Mr. Trump. “And I don’t mean pre-pandemic normal. I mean pre-golden-escalator-to-hell normal,” he said — a reference to Mr. Trump’s famous 2015 ride down the escalator in Trump Tower, at the end of which he announced his candidacy. “I just want the noise level to quiet down.”

The weekend Mr. Biden became president-elect, Mr. Ritholtz went to Twitter with one goal in mind: unfollow as many accounts in the Trump orbit as possible. In recent years, Mr. Ritholtz’s Twitter timeline had grown crowded with accounts — such as those of Mr. Trump’s children or press officers — that he felt he had no choice but to follow as he managed roughly $1.7 billion in client assets.”

The “Unfollow” metaphor is important — it acknowledges why it was important follow the president and his team, but it also recognizes a non-partisan reason for removing their torrent of tweets from my feed. It is not partisan, I just wanted to cool things down and lower the noise levels.

The Mooch tweeted it as did several other people. I got lots of feedback on it, but my favorite response was a DM from a conservative buddy who said, “I voted for him, but I will admit relief at no longer waking up in terror cause of some unholy distraction unfolding on the President’s social media timeline.”

I’ll take that as a win.