Debate: Does Private Equity Warrant a Spot in Retirement Accounts?

Debate: Does Private Equity Warrant a Spot in Retirement Accounts? 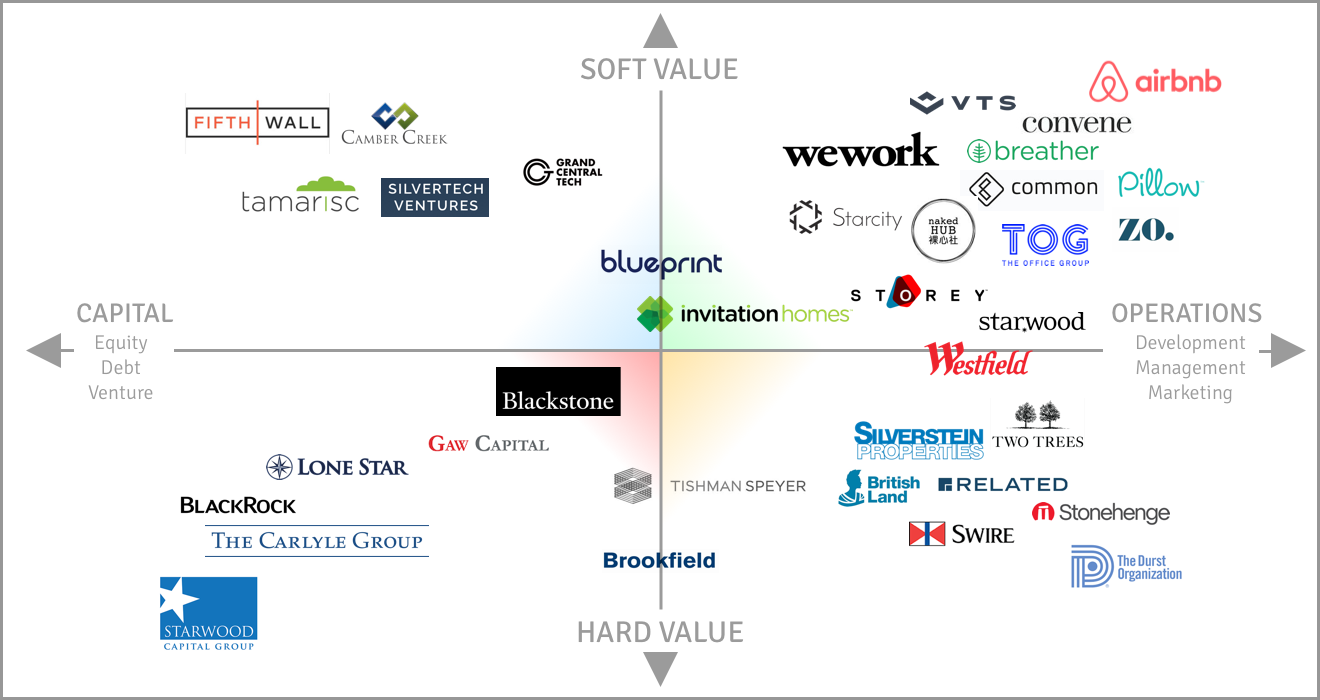 Does Private Equity Warrant a Spot in Retirement Accounts?
The debate is fierce, ranging from investor discrimination to poor performance.
By Nir Kaissar and Barry Ritholtz
Bloomberg, September 16, 2020

The Trump administration has set in motion a plan that would effectively allow 401(k) plans for American workers to invest alongside buyout firms. The Labor Department said in June that the move will bolster investment options for consumers and let them access an asset class that can provide better earnings than stocks and bonds. Consumer groups blasted the plan, claiming that high-fee private equity firms are inappropriate for unsophisticated investors because the industry locks up clients’ money for years and backs risky, debt-laden businesses. Bloomberg Opinion writers Nir Kaissar and Barry Ritholtz met online to debate the merits of the plan.

Nir Kaissar: Everyone should have equal access to financial markets. Every time I say it, I’m amazed by the pushback. In any other context, the idea that everyone should be treated equally would go virtually unchallenged.

Not so when it comes to investing. U.S. securities laws openly discriminate against some investors, mostly based on the size of their wallet. Probably the best-known example is the exclusion of ordinary investors from private markets. Investors typically access private assets such as venture capital and private equity through private funds. But securities laws restrict those funds to “accredited investors” who meet certain income and net worth hurdles, and which exclude more than 90% of Americans.

The purported justification is that ordinary investors need protection – that they’re too unsophisticated to navigate the arcane and sometimes shady world of private investments. But as any money manager will tell you, there’s no correlation between a fat paycheck or a big bank account and financial sophistication. And the more obvious problem: How can ordinary investors become more sophisticated without access to markets?

Last month, the U.S. Securities and Exchange Commission opened the door to private markets a bit wider. It amended the definition of “accredited investor” to include, among other things, investors with financial knowledge, experience or certifications, including certain employees of private funds, who don’t otherwise qualify. But even after the change, most Americans will still be excluded from private markets.

Those who support giving access to some investors while excluding others must answer some thorny questions. Who should be excluded and on what basis? And who should be the arbiter of those exclusions, today and in the future? In her statement accompanying the SEC’s action, Commissioner Hester Peirce asks, “Why should I, as a regulator, decide what other Americans do with their money?” The question answers itself.

Barry Ritholtz: What purpose would it serve to allow private equity options in retirement funds? This is not about civil liberties or voting rights; rather, these are expensive, opaque, and often underperforming assets that are difficult to understand and even more difficult to select. Equal access sounds good in theory but in actual practice it is a disaster.

So I would re-frame this question: “Should regulators paternalistically protect investors?”

The underlying question to this debate is whether you believe – as I do – that part of the charge for regulators is to protect people from themselves. This includes their own worst behaviors that operate against their own self-interests. We have mandatory seat belts laws and warnings on cigarette boxes and lots of other safety-related rules because we know that, left to their own devices, people make bad decisions that turn out to be very expensive for society.

We have limitations on investing margins, because we know how the excessive leverage movie ends. Recall when we changed the Net Capitalization Rules to allow brokerage firms to borrow more against assets, they quickly added lots of leverage and then promptly blew themselves — and the economy — up. We do not have to ask “Why don’t we give investors equal access to leverage like institutions have?” Experience has taught us the answer: they cannot manage it without getting into big trouble.

Whether it is the loss of economic productivity or the higher costs of health care, our behavior affects both ourselves and everyone else in the economy. The same is true for the retirement crisis that has been building for decades. Indeed, Dodd-Frank regulations mandated that the SEC perform a study to find ways to reduce costs for retirement investors. The result was the proposed fiduciary rules, which were calculated to save some $17 billion per year to retiree investors in excess costs. Lobbying by Wall Street killed those savings. It is not a stretch to suggest the shortfall will likely be made up – in part – by taxpayers.

Even the best foundations and endowments, with unlimited resources and first choice of best performing funds, have a hard time selecting alternatives that outperform a 60/40 portfolio of stocks and bonds. The leftovers that will be trickled down to Main Street will be the dredges of the industry. Look no further to what mom and pop investors are offered in the hedge fund space.

Do we really need equal access to expensive and likely underperforming alternative Investments sold to unwitting and unsophisticated sheep just waiting to be shorn?

NK: I would rephrase your question: How paternalistic should America be with investors? We can probably agree that some regulation is necessary. Requiring full and honest disclosure when companies, funds or financial firms solicit investment is a good idea given the financial incentive to obfuscate and spin yarns. So are rigorous licensing requirements for investment professionals.

But singling out ordinary investors for exclusion from certain segments of financial markets makes little sense. There are lots of ways ordinary investors can hurt themselves financially, such as trading penny stocks or purchasing high-priced mutual funds. No one argues that those should be off limits.

Also, like private assets, hedge funds are limited to accredited investors, and yet a growing number of mutual funds and exchange-traded funds offer hedge-fund strategies to everyone. Those strategies are far more complicated than typical stock or bond funds, and no less complicated than private investments. Here again, no one seems concerned that ordinary investors are in too deep.

Nor is it evident that ordinary investors need special protection. Just because an investment is dangled in front of them doesn’t mean they’ll bite. Ordinary investors are increasingly turning to low-cost, buy-and-hold investment products, as evidenced by the great migration to index funds. So they’re perfectly capable of making smart financial decisions when given the opportunity.

Meanwhile, as you point out, so-called sophisticated investors do lots of foolish things, including paying outrageous fees to roll the dice on hedge funds and private-asset funds, many of which disappoint. Perhaps they can learn something from ordinary investors.

BR: Nations, states and cities permit only selective access for all manner of things that if people were left to their own devices would do themselves great harm. I don’t mean licensing for doctors or manicurists, but if you want to drive a car you need to pass a test before obtaining a license. Drive a motorcycle? All of that plus you have to take a safety course. As a society, we do not allow unfettered access to behaviors that put the individual or the taxpayer at high risk.

The exception is, of course, where there is a buck to be made. State run lotteries, revenue producing casinos and, of course, the thwarted Fiduciary Rule are examples where the best interest of the individual is sacrificed on the altar of corporate profitability and/or state tax revenues. It took decades after the health risks of smoking were well understood before the government did anything, because tobacco taxes created a financial incentive that skewed regulations.

Which brings us to private equity: We understand it is illiquid, less transparent, has different – read “dubious” – accounting rules and carries higher risk than the traditional target date fund or 60/40 portfolio. The real question is what purpose would it serve in a 401(k) or other retirement account?

The answer seems to be it will generate more fees for the private equity private equity industry. That alone is not a good reason to allow them into investor retirement accounts. What I am looking for is a better reason we should allow investors to embrace additional risk, lack of transparency and expense beyond “because wealthy institutions are doing it.”

NK: The examples you cite of regulations intended to protect the public and taxpayers have one important thing in common: They apply to everyone equally. Everyone must have a license to drive a car – and for good reason. Rules that are arbitrarily applied eventually lose their legitimacy. That includes financial regulation.

Or consider 401(k) plans. Many are stuffed with expensive, actively managed mutual funds that undermine the retirement prospects of ordinary investors. Why should they be permitted while private equity is banned? One can imagine a modest allocation to private assets within target-date funds that aids diversification but doesn’t meaningfully increase cost. Vanguard Group, which famously pioneered low-cost index funds and whose target-date funds are commonly found in 401(k) plans, recently announced that it will offer private equity to eligible investors to boost diversification.

But perhaps the best reason to give everyone equal access to markets is that exclusions are self-defeating. Keeping investors in the dark makes them more vulnerable, not less. The most effective way to protect investors is to educate them, and exposure is the best teacher. Equal access to markets is the most principled and effective way to protect the integrity of regulation and markets, as well as the well-being of investors.

BR: Quick history lesson: Famed Yale University endowment manager David Swensen was the first large institutional fund manager to identify alternatives as containing enormous potential in the 1990s. He expanded Yale’s portfolio into hedge funds, private equity, commodities and real estate when practically no one else was. Yale’s endowment was the beneficiary of all that low hanging fruit.

But that was 30 plus years ago, when there merely dozens of private equity firms. Today, there are almost 8,000 PE and/or buy out firms. It has become a crowded trade. Best of luck picking out one that is going to be winner, net of fees.

And private equity funds
are not registered with the SEC. They are not transparent, they do not disclose many details and numerous analysts have raised issues with how they report profits. Not only is it a crowded trade, it’s almost impossible to select from the sheer numbers of funds. And, for the most part, they are expensive and often under-performing. Where do I sign up?

Another reminder: Investors have stunk up the joint selecting actively managed mutual funds for more than half a century, despite overwhelming evidence they were hurting performance. But it wasn’t a flash of insight or academic understanding that led so many investors to go into passive funds – it was all of the scandals and crashes. The analyst research scandal, the accounting scandals, the IPO spinning scandal, the mutual fund market timing scandal, then the dot-com bust, real estate crash and Great Financial Crisis.

Mom & pop figured out this was a giant grift, so they took their ball and went home, and by ball I mean money and by home I mean Malvern, Pennsylvania, home to Vanguard.

The entire alternative investing space has been hungrily eyeing the retail retirement space, allowing investors to choose private equity funds like they were mutual funds. Sort of like the 1990s, only much more expensive. No thanks.

I originally published this at Bloomberg, September 16, 2020. All of my Bloomberg columns can be found here and here.