Your humble blogger is overbusy, hence you are getting a short post today. But the commentariat made many insightful observations yesterday about Putin’s announcement of Russia’s partial mobilization and the scheduling of referenda in the “liberated” regions of Ukraine.

These decisions to move ahead were made with signs of haste, which is not how the Kremlin normally operates. But the plans for partial mobilization and the referenda were likely already in place, but their launches were moved up.

The most plausible explanation was a disconnect between military priorities and political needs. Russia has been coordinating different forces: its own military, which provides intel, artillery and missiles, air power and anti-missile protection, and some infantry, but mainly in Kherson. The main infantry muscle comes from the DPR and LPR militia, with the Chechens and the Wagner Group.

Some Western commentators have taken some of Putin’s responses in Q&As to indicate that the military has very broad latitude to achieve its goals. And it’s regularly used mobility to its advantage, ceding ground and often succeeding in pulling Ukrainian troops into exposed position where they can be cut down or captured.

In the attritional, grinding combat in Donbass, this sort of back and forth didn’t have political implications. But the Kharviv pullback did. Russia had signaled it intended to hold ground there by starting to issue Russian passports (from what I can tell, it had not gone as far as it had in Kherson, where it was converting the banks to roubles. As reader Andrey Subbotin put it:

After the Kharkov towns were thrown to the wolves, the pro-Russian administrations of 4 oblasts panicked and started pushing for referendum as a guarantee that the same would not happen to them. That put Russia into a put-up-or-shut-up position. Not taking them in could have been interpreted as a preparation for some kind of managed defeat. And, fairly or not, the perception that we are losing would have killed the recruiting. Taking them in is locking Russia into a win-or-lose war with no possibility of negotiated settlement in sight.

This is consistent with the extreme quick trigger for holding the referenda (apparently September 23 to 27 per YouTubers I follow) and Putin playing up the partial mobilization via giving a big speech about it. That also paints it as a significant step domestically, which could cut both ways there. As reader Lex and others pointed out, the US engaged in partial mobilizations for the wars in Iraq and Afghanistan but never made a big deal about it.

Another possible reason for the very tight time between the announcement of the referenda and the polling dates is to reduce the opportunity for Ukraine terrorism.

As we mentioned yesterday, one more grounds for beefing up manpower would be to conduct a winter offensive. Not only are Russian forces better equipped to fight in those conditions, but a large scale operation then would also undermine the widely-rumored Ukraine plans to assemble and train new forces for a 2023 counter-offensive. And as readers pointed out, the referenda would be helpful in converting the militia to regular Russian soldiers and getting them into a unified command structure.

According to Mike’s video on YouTube last night (I earlgrey), each oblast? or county? has been calling for at 1,000 volunteers from former servicemen for at least the past month or two. Mike said that the Leningrad region’s volunteers seem ready to deploy now. He also said that if this call for voluteers is successful in every county(?), it would mean 83,000 volunteers joining the front. I’m assuming that these volunteers are in addition to the 100,000 being mobilized today. Mike also mentioned that he’s been seeing videos that show a mass deployment of troops already heading for Ukraine….although he wasn’t sure if these videos were legit or just another feint by Russia.

Dima of the Military Summary channel was exercised about the lack of any Western response to the announcement, save more verbal wet noodle lashings. He pointed out that the normal response is for at least some countries in the ‘hood to announce similar measures. Nor is there any plan as of now for a special NATO meeting. Perhaps other shoes will drop in the next few days. Or perhaps the West has conclude this mobilization means nothing in practice because Russia has such a lousy, no good armed forces:

Putin’s announced mobilization of 300,000 “reservists” was jaw-dropping to me this morning, but not for the reason some might suspect.

Why? Because know how Russian soldiers are trained, in basic training & in their units.

As Lambert wonders, “So how come our brilliantly trained troops keep losing wars, and Russia’s hapless conscripts keep winning them?”

We know conscripts haven’t been sent to Ukraine (none were supposed to be; apparently 600 were dispatched by mistake and quickly pulled out when the error was discovered). So where is this persistent trash-talking of the Russian military coming from? Maybe those same dastardly Russian influencers who delivered 2016 to Trump are actually behind this campaign to make sure the West keeps badly underestimating Russia’s capabilities.

But then again, there’s always the Institute for Study of War:

16/ This all adds up to a likely gradual call-up and deployment of limited numbers of reservists over the coming months that will not change the battlefield dynamics this year.

And we have the question of where this all goes. Recall Medvedev’s provocative map, which among other things was to say Russia would support the dismemberment of Western Ukraine: 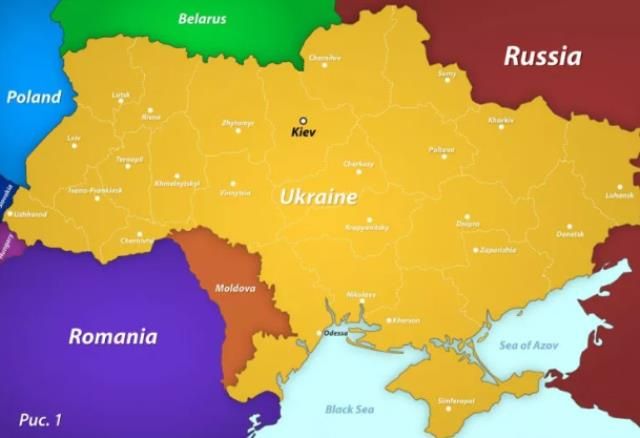 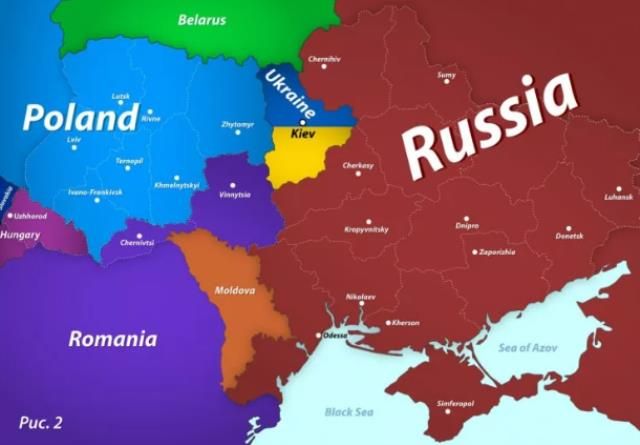 Below are possible end games and what they mean for the protagonists. Lambert wanted readers to say which they thought was most likely.

I think this map found on /pol/ is an accurate representation of both side’s victory conditions (so far as domestic politics go, anyway). pic.twitter.com/uQkkh3f9q6

My personal guess is that Russia will go beyond the “landlocked” scenario and take at least Kharkiv oblast too. If they take the Black Sea coast, their constraint on taking the territory between Donbass and the Dnieper is more political than military: how receptive the locals would be to Russian (or protostate) administration. Putin said at the start of the SMO that Russia wouldn’t go where it wasn’t wanted. And I doubt Russia wants the headache and resource cost of trying to control areas with significant local opposition. But Russia is a way aways from having to make choices like that.