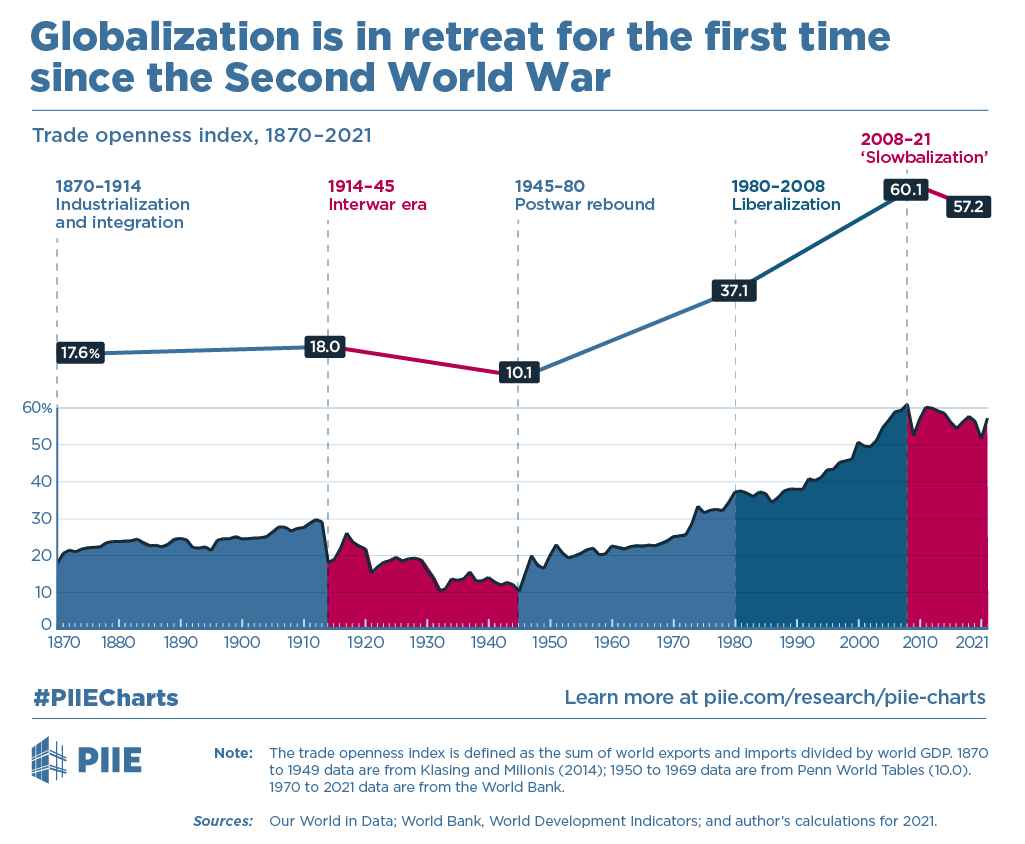 While the FOMC was doing its thing (more on that tomorrow), I stumbled across the fascinating chart above from PIIE. They note:

Economic integration rebounded after the Second World War and continued to increase for the latter half of the 20th century. An embrace of economic liberalization saw the removal of trade barriers in large emerging markets and led to unprecedented levels of international economic cooperation, peaking in 2008 at 60.1 percent.

Since this era of peak globalization, economic integration has been in retreat, falling to 57.2 percent on the openness index in 2021. Since 2008, China and the United States have turned toward erecting mutual trade barriers that have disrupted supply chains and prompted the spread of trade barriers elsewhere. Under President Xi Jinping and President Joseph R. Biden Jr., China and the United States are seeking greater self-sufficiency in technologically-advanced sectors.

These are strange times we live in . . .

Source:
Globalization is in retreat for the first time since the Second World War
Douglas A. Irwin (PIIE)
PIIE October 28, 2022.