450 Indians evacuate from Iran and Italy due to Coronavirus

450 Indians evacuate from Iran and Italy due to Coronavirus 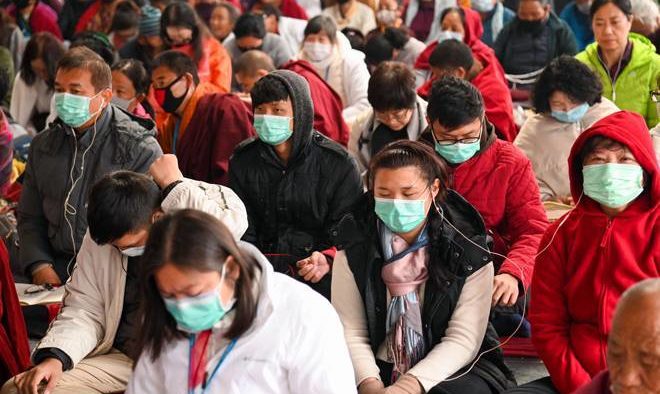 Over 450 Indians, including students, stranded in coronavirus-hit Iran and Italy were brought back by two flights on Sunday and were quarantined at separate facilities, according to officials.

A total of 218 Indians, mostly students from Milan, landed at around 9.45 AM at the Indira Gandhi International Airport (IGIA) and were taken to an ITBP quarantine facility in south-west Delhi’s Chhawla area.

More than 230 Indians brought back from Iran reached New Delhi at about 3:15 AM and were quarantined at the Indian Army Wellness Centre in Jaisalmer, the third batch to be evacuated from that country.

They had arrived in Delhi on a Mahan Air flight from Tehran and were ferried by two Air India flights to Jaisalmer, IGI airport officials said.

While External Affairs Minister S Jaishankar said that a total of 234 Indians have been evacuated from Iran, defence spokesperson Col Sombit Ghosh said, “236 persons have landed in Jaisalmer by two Air India flights this morning.”

“234 Indians stranded in Iran have arrived in India; including 131 students and 103 pilgrims. Thank you Ambassador Dhamu Gaddam and @India_in_Iran team for your efforts. Thank Iranian authorities,” Jaishankar tweeted.

The minister had told Rajya Sabha that the government was focusing on evacuating Indians stranded in Iran and Italy as these countries are facing an “extreme situation”.

The centre at Jaisalmer is fully equipped and a functional facility to help Indian citizens undertake the mandatory quarantine period under the supervision of skilled medical authorities.

Soldiers have volunteered to provide care and support to the countrymen returning from overseas, Col. Ghosh said.

Iran is one of the worst-affected countries by the coronavirus outbreak and the government has been working on plans to bring back Indians stranded there. Over 700 people have died from the disease in Iran and nearly 14,000 cases have been detected.

The arrival of the 218 Indians, including 211 students, stranded in coronavirus-hit Italy was announced on Twitter by Minister of State for External Affairs V Muraleedharan.

“218 Indians including 211 students from Milan landed in Delhi. All will be quarantined for 14 days. GoI (Government of India) is committed to reach out to Indians in distress, wherever they are,” Muraleedharan tweeted.

“Appreciate government of Italy for their support and team @IndiainItaly @cgmilan1 @airindiain @DrSJaishankar,” he added.

The flight landed around 9.45 am at the Indira Gandhi International Airport, an airport official said.

“Air India always spreads its wings to stand by the nation in its hour of need,” an airline spokesperson said soon after the flight from Milan landed here.

An Indo-Tibetan Border Police (ITBP) spokesperson said, “All the 218 evacuees from Milan are being taken to our quarantine facility in south-west Delhi’s Chhawla area. They will be there for over a fortnight as per quarantine procedures.”

The facility has earlier catered to two such batches of Indians and foreigners, totalling 518 people, evacuated from Wuhan in China.

The ITBP centre, like in the past, will have a dedicated team of doctors, paramedics and other staff apart from providing food, medical testing and indoor entertainment facility to the inmates, the spokesperson said.

The coronavirus outbreak, declared a pandemic by the World Health Organisation (WHO) on Wednesday, has led to more than 5,000 deaths globally.

The cases in India have crossed the 100 mark. The government has suspended all visas, barring a few categories like diplomatic and employment, in an attempt to prevent the spread of coronavirus.

The government has been carrying out the evacuation of Indians from countries, including Iran and Italy.