Yves here. While the West is busy fixating on the war in Ukraine, and fossil fuel companies salivate over being allowed to ramp up greenhouse gas emissions, ever-grimmer warnings from the IPCC are being ignored. Babies in Ukraine are serving to justify even faster planetary degradation. 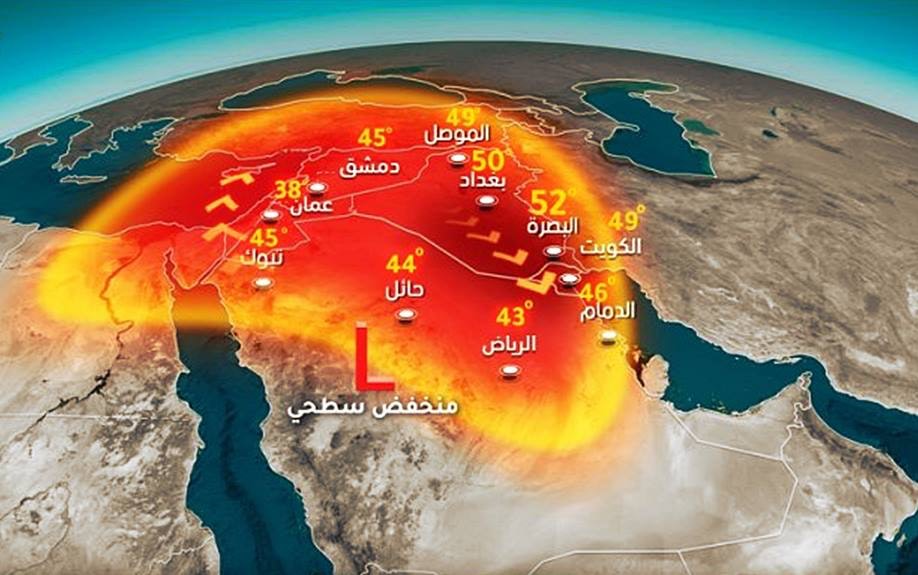 By the time the next IPCC report on the pathways forward is published, 7-8 years from now, we will already know whether we secured a decent chance for a sustainable future — or if we face a devil’s bargain that offers only ruinous costs no matter which way we go from there.
—One savvy climate analyst (via email) on the just-released IPCC Working Group 3 report

If the wealthy had ever planned to save our species from the coming catastrophe, they’d be doing so now and we’d be watching them do it.
—Yours truly, here

Uncharacteristically, the WG3 report is dire. (All citations from this report of the IPCC will come from the Summary for Policymakers. For just the headline statements, go here.)

As usual the language is dense and obtuse, though accurate. For example:

You have to think about that to get it. Paint a picture, it does not. “Hard adaptation limits” includes death.

SPM.C.4 There is increased evidence of maladaptation[15] across many sectors and regions since the AR5. Maladaptive responses to climate change can create lock-ins of vulnerability, exposure and risks that are difficult and expensive to change and exacerbate existing inequalities. Maladaptation can be avoided by flexible, multi-sectoral, inclusive and long-term planning and implementation of adaptation actions with benefits to many sectors and systems. (high confidence)

“Maladaption” means picking a solution that locks in the problem. Building out 30 years of methane (“America’s clean energy”), for example, as a solution to climate change is a “maladaptation” — like switching to a different poison as you lay dying.

SPM.C.5.1 Political commitment and follow-through across all levels of government accelerate the implementation of adaptation actions (high confidence). Implementing actions can require large upfront investments of human, financial and technological resources (high confidence), whilst some benefits could only become visible in the next decade or beyond (medium confidence). Accelerating commitment and follow-through is promoted by rising public awareness, building business cases for adaptation, accountability and transparency mechanisms, monitoring and evaluation of adaptation progress, social movements, and climate-related litigation in some regions (medium confidence).

Shorter version: “Politics and capital investment is needed to fix this, even if the return and results aren’t obvious for a decade or more.” (Duh.) Also, “it’s important to build a ‘business case’ for adapting to climate change.” (Now that’s just stupid, like requiring that a business case be made for a village hospital before one is built.)

The Summary for Policymakers is supposed to be the non-technical chapter for people like Joe Biden. It’s almost as though they didn’t want to be understood. (And they don’t. Again, see this analysis.)

But the following makes clear how dire the situation is. From the climate-savvy analyst quoted at the top:

2025 is now a make-or-break year. The IPCC finds that globally we must reach peak greenhouse gas emissions by 2025 in order to limit warming to 1.5°C, and that delaying a peak past 2025 means unavoidable and unnecessary economic losses.

And this is from the WG3 co-chair himself, in an interview with the Guardian via Brad Johnson’s excellent newsletter, Hill Heat:

“It’s now or never, if we want to limit global warming to 1.5C,” IPCC Working Group III co-chair Jim Skea announced today, at the release of the group’s Mitigation of Climate Climate Change report. “Without immediate and deep emissions reductions across all sectors, it will be impossible.”

“Now or never,” said the co-author of the WG3 report. If they could only write like they talk.

Why None of This Hits Home

The problems, of course, are these, as anyone with eyes can see:

About the third point above, Thom Hartmann, in his daily newsletter, says this(emphasis mine; links at the source):

[I]t’s so much cheaper to drive an electric car regardless of where you live. And now many new EV prices ($27,400 for a Nissan Leaf, for example) are even below the US average ($38,700) for gas-powered cars.

Don’t bother using a search engine to try to find this information, though. Fossil fuels are a multi-trillion-dollar industry, and US taxpayers — you and me — subsidized that industry to the tune of over $600 billion last year.

The rich who run the place, the very very wealthy, are subsidizing our (and their) certain end. How strange is that? How ironic this story will seem when it’s all played out, after no one is left to read it.

One could argue that the world has already passed its “make-or-break” year — passed it many decades ago. It will take significant action to keep us from devolving to a place with “ruinous costs no matter which way we go.” Yet our rulers refuse to take any “significant action” at all.

Instead, we’re offered the predictably limp-wristed promises of our current current president, who is breaking even those as fast as he can. The irony is world-historical.