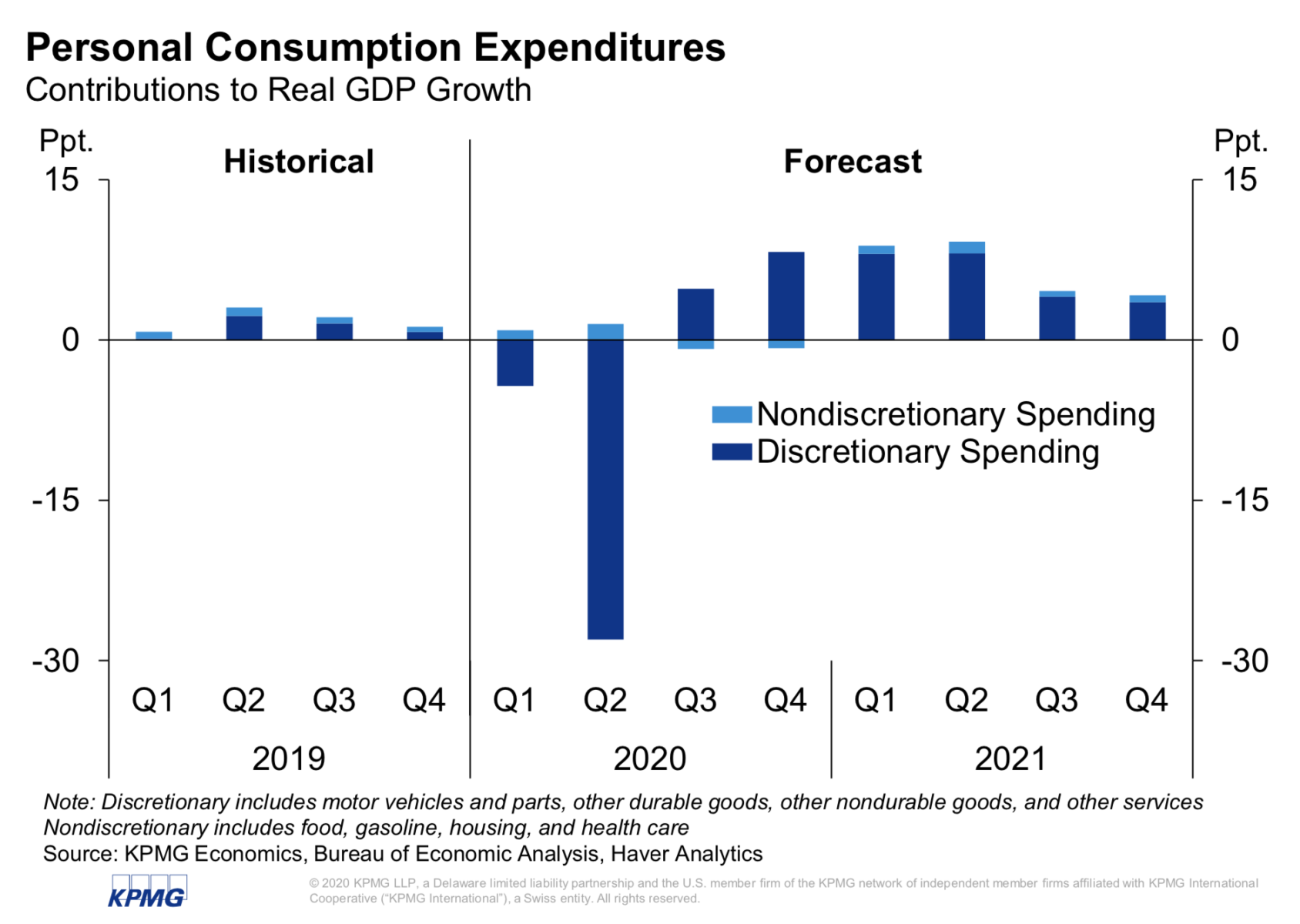 I received lots of very interesting feedback about both the inflation column and yesterday’s GDP analysis.

My extrapolation of a single variable is decidedly not my favorite sort of analytical framework. So I spoke with my friend Constance Hunter, who is Chief Economist at KPMG to get a more comprehensive and nuanced read on the economic data.

Constance runs a complex and detailed model of the economy, with lots of inputs, including Wages, Consumer Spending, Savings Rate, Net Wealth, Durable Goods, Employment, Government Spending, Interest Rates, Inflation, etc. It is far more granular and detailed than many — certainly more complex than my approach.

Her read on the current state of the economy?

Annualized GDP was at minus 30% in mid-April (see chart above). She was kind enough to share her model of GDP. Oh, and since April, it has only gotten much worse.

“While the economy is likely to reopen by the third quarter, based on experiences in other countries such as China, there is a risk that the recovery in discretionary spending is likely to be slow rather than rapid.

—We also anticipate that gaps between the SBA loans and other recovery provisions will mean that jobs lost during The Great Lockdown will take several quarters to fully return.

—This friction in the labor market could begin to cause especially hard hit households to cut back on non-discretionary spending as the rebound will not be instantaneous for everyone.

In other words, you can forget those dreams of a V-shaped recovery. And that imminent bout of inflation some have been fearing? We should only be so lucky. . .

Previously:
Return of the Inflationistas (May 14, 2020) (Bloomberg)