Yves here. This post uses struggling South Wales families to illustrate the difficulties many in the UK and the EU will face as already painfully high energy prices are set to get even worse at the retail level. Some may be able to use fuel like wood, coal, or peat to fight cold…but that’s no solution for lights and household equipment. A big increase in fires as the main source of residential heat means more homes burning down and more carbon monoxide poisoning.

It’s infuriating to see so much distress, and know the pain is set to become more severe and widespread…..due substantially to politicians not admitting their Russia sanctions have massively backfired and are doing more harm at home than to their target.

By Seb Cook, a journalist in south Wales and editor of voice.wales. Originally published at openDemocracy

“We used to put £20 a week in and now it’s more like 50,” says Steve, discussing his family’s pre-paid electric meter. “That’s how bad it’s got, so we just knocked everything off. There’s nights where we just sit there in the dark.”

Steve and I had a long conversation about fuel poverty, but it is this image of him, his partner, daughter and granddaughter – three generations of one family – sitting at home with all the lights off that sticks with me.

Gas usage is even more rationed in Steve’s home, in the forgotten outskirts of Cardiff. Last winter, there were only three weeks where the family put the radiators on.

But if the previous winter was bad, Steve says the coming one will be far worse. “There’ll be a lot of people struggling, especially the old and people with very young kids.”

A week after we met, Steve’s worst fears appeared to be confirmed. Martin Lewis, the founder of the Money Saving Expert financial website, warned that household energy costs could increase by a further 64% in October, with the energy price cap having already risen by 54% in April.

The Joseph Rowntree Foundation has predicted that households on the lowest incomes will be forced to spend 26% of their budget after housing costs on gas and electricity in 2023/24, compared to just 12% two years previously.

Talking to Steve, it’s clear that the effects of these price hikes are already intolerable.

Steve, a warm, friendly man in his late 40s, who helps those around him feel at ease through jokes, grew up near Bridgend in the shadow of the miners’ strike and has lived in south Wales for the majority of his adult life. We meet at the Beacon Centre, in the small community of Trowbridge, St Mellons, about halfway between Cardiff and Newport.

As we chat, Steve is leaning over a counter, serving teas, coffees and cakes to locals. He and his partner Vanessa volunteer at the centre once a week as part of a food scheme called The Pantry. For up to £5 a week, people can come on a Tuesday to choose around £30 worth of food staples – in addition to plenty of fresh fruit and vegetables – and have free hot drinks and cake. Unlike at most food banks, you don’t have to prove your poverty to become a member.

Steve, who gave up a career in computer gaming to become Vanessa’s full-time carer, says helping out in this way lifts him out of what he describes as depression caused by living in poverty. But it means he’s now witness to the full scale of the crisis.

“We got a lot more people coming in,” he says. “With everything going up in price, they can’t afford to live. None of us can. But the system’s getting worse and worse… and it doesn’t look like the government’s helping anyone.”

I sit down with Helen Griffiths, a coordinator of The Pantry, who echoes the grim picture painted by Steve. Helen works for Hope St Mellons, an independent charity that not only helps run The Pantry but also administers a grant scheme – the St Mellons Mutual Aid Fund – for local people who need urgent financial help.

Some 95% of those who get in touch with the aid fund do so because of fuel and food poverty, Helen tells me. ‘Running out of gas’ is the main reason cited for needing help.

In the two years up to March 2022, the fund issued 318 payments to people across St Mellons, with the ward of Trowbridge, which is among the top 10% of deprived areas in Wales, receiving more than any other.

In October last year, when Universal Credit was cut, the average number of monthly applications to the St Mellons Mutual Aid Fund almost doubled, from 11 to 19. 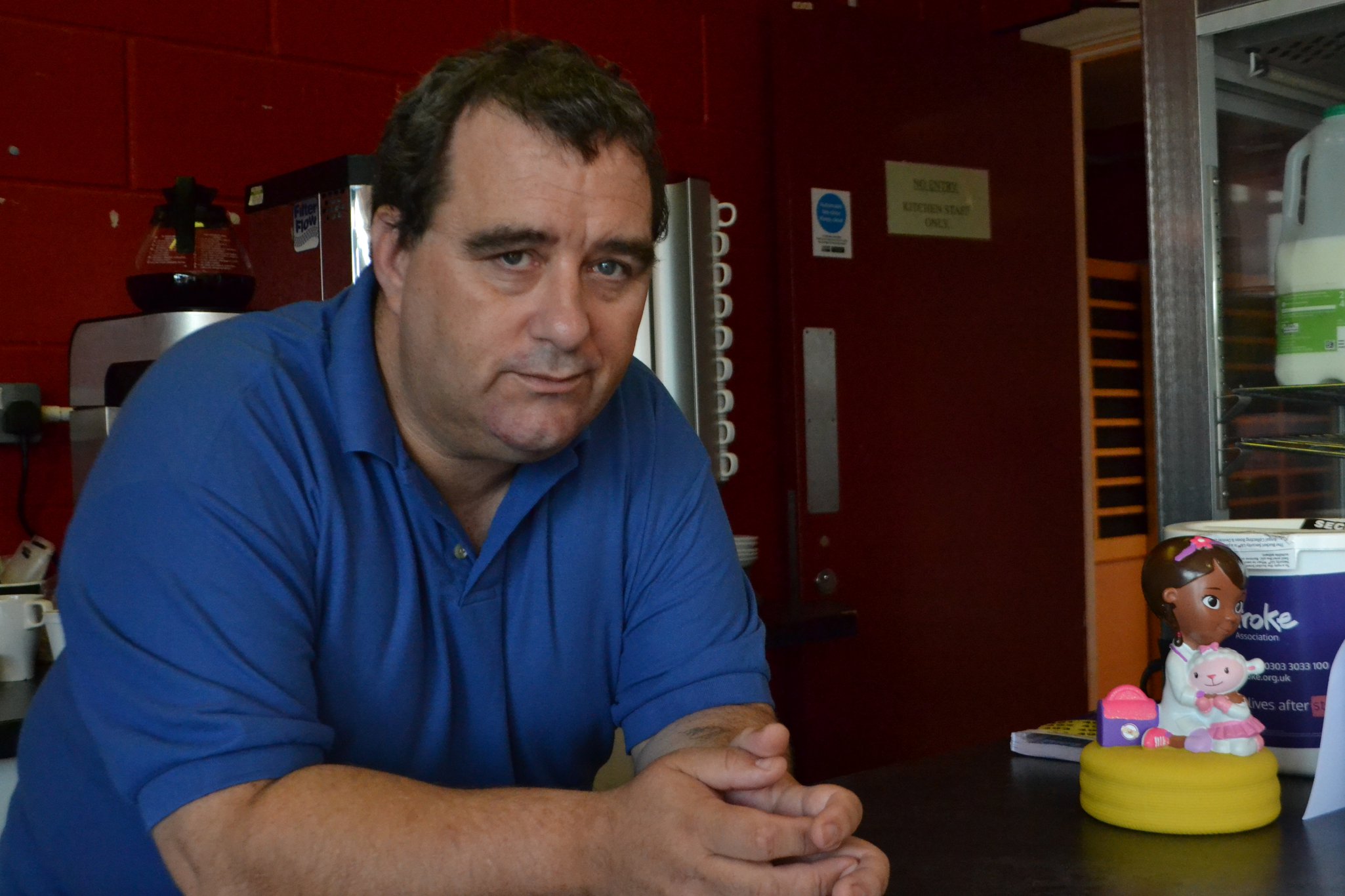