Much Ado About Nothing Inference. Anthony L: “Scientists clueless when it comes to origins of life – Scientist says”

Scientist GM has long been worried about brain/neurological damage. The studies here, and there’s more in the thread, are not new, but there aren’t enough people connecting the dots:

The virus appears to be able to cross the blood-brain barrier and cause significant neurological damage.

The ability of the spike protein to cross the blood-brain barrier was demonstrated in mice at the University of Washington.
(13/🧵)
Rhea, et al https://t.co/t4deIntuwl

For context, the parenchyma is the functional tissue of the brain – your neurons and glial cells. It isn’t normally where T cells are:

“In the brain of healthy individuals, T cells are only present sporadically in the parenchyma.”
(15/🧵)
Evans, et al https://t.co/bsabM3KfFr

More on not pretty T-cell action:

Women’s Periods May Be Late After Coronavirus Vaccination, Study Suggests New York Times. This is underplaying the effect. I know of one case way way way more extreme than this indicates. I cannot believe that in my small circle I could know of what this suggests would be a category of one.

I really can’t understand the lack of attention and discussion of this. This is *huge*. Shouldn’t there be urgent focus on trying to understand what’s going on here?
*570* 0-5 yr olds being hospitalised with COVID-19 *in just a wk* and rapidly rising isn’t ok. https://t.co/dB34PUFeVK

Sounds like the NYT is telling its readers the Biden OSHA vaccine mandate is going down Alex Berenson. To be very clear, Berenson is more wrong than right on the science re Covid (but then he annoyingly finds research that’s been ignored that is important, so he isn’t always wrong, but a problematic amplifier given his record). But as former NYT reporter doing a media interpretation…that’s within his skill set.

The CDC is facing a real crisis of trust. They can help restore trust by changing processes. Be transparent about how decisions are made—what’s driven by science vs practicalities. Also, begin w draft guidelines & allow stakeholder input. It’s not too late but a reset is needed. pic.twitter.com/ShXK255Wou

Our normally polite and measured IM Doc has had it:

Behold this video. I cannot tell you how livid Joe Q Public is becoming. And they get to listen to this dope for answers.

like this md has any standing to evaluate other’s credibility.

but that will fix the credibility problem… yeah

I have a good idea – release every single unrestricted VAERS and v safe report along with the entirety of the Pfizer and Moderna data. Then we will talk. Until then shut up. Your bumbling is making the credibility problems so much worse.

maybe I should be grateful we are at least acknowledging the credibility chasm.

As Cryptocurrency Becomes Mainstream, Its Carbon Footprint Can’t Be Ignored Truthout. Well, except it is…

How Explosives, a Robot, and a Sled Expose a Doomsday Glacier Wired (Chuck L)

A Million People Sign Petition to Strip Tony Blair of Knighthood Sputnik (MarkT). Good to see that some people in the UK still have a sense of honor.

How far can diplomacy go? Awaiting the US-Russian talks in Geneva on 10 January Gilbert Doctorow (guurst)

Roman Abramovich settles libel claim over Putin biography Guardian. Confirms John Helmer, who was early onto the Catherine Belton suits and based on reading the allegations, thought she was in a world of hurt.

“I was horrified when I found out”: a new experiment with a nuclear power plant could be the last for Ukraine (Chuck L). Google translate screenshot. Warning, the worst ads evah!

Not keen about the color revolution label but some good detail: Steppe on Fire: Kazakhstan’s Color Revolution The Saker (Kevin W)

The hurdles to leaving Gaza for medical care (Or, what can you really hide inside a tube of toothpaste?) Mondoweiss

Is Gauguin redeemable? No. Would he have wanted to be redeemed? Absolutely not Spectator (Anthony L)

Far-right extremists shift online strategies The Hill. Coastal elites continue to care about only vehicles they or their kids access, as opposed to talk radio. More selective blindness. 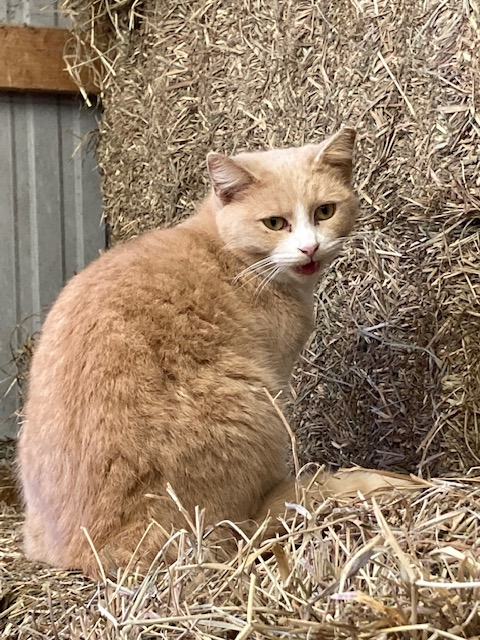 And a bonus (guurst). My cat Gabriel liked walking on the frame over the sliding shower doors and would show off by draping himself over it like a jungle cat on a tree branch: