Should We Really Be Messing with Asteroid Orbits? Nautilus

‘US has no plans to withdraw from Syria or end sanctions’: Official
The Cradle

An old thread worth re-reading periodically:

Most fascinating thing about the Ukraine war is the sheer number of top strategic thinkers who warned for years that it was coming if we continued down the same path.

No-one listened to them and here we are.

Small compilation 🧵 of these warnings, from Kissinger to Mearsheimer.

This guy is really good at campaigning, no question. https://t.co/gqJOb5eacW

Ilhan Omar has morphed into a real Democrat. She gave israel $3.8b in 2021, $40 billion this year to arms manufacturers (bc she’s super anti-war), withdrew a letter calling for diplomacy on the verge of nuclear war, and calls anyone who disagrees a “Russian propagandist”. Great! https://t.co/cQGASEB7Bp

How does Barack Obama and Charles Barkley as part of a Phoenix Suns ownership group sound? Azcentral

Homeland Security agents “scrambled” to Best Buy in 2020 to get laptops for new recruits with “barely any form of training,” meeting up in a “parking lot” to begin work creating spy files on Americans protesting George Floyd’s murder. pic.twitter.com/7RNICPHJBM

THREAD. This is a thread about a “crime wave” that you barely hear about in the daily national news or on local tv every night. A crime wave by corporate landlords. It’s important to understand what is happening, and also who benefits from the media not treating it as urgent.

If the union gets a contract with concrete concessions, it will demonstrate the benefits of being in a union and likely prompt more unionizing within the company and at other companies. 2/

A Difficult Space to Live LRB

Meta Will Continue Burning Billions Of Dollars Until Something Happens Defector

Gwyneth Paltrow’s Goop touted the ‘benefits’ of putting a jade egg in your vagina. Now it must pay. The Washington Post (Furzy) 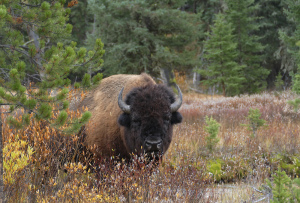