Who Knew Reptiles Could Be Such Romantics? NYT

Guilty Before Innocent Jed Rakoff, The Nation (NL). Review of Daniel Medwed’s Barred: Why the Innocent Can’t Get Out of Prison.

Sorry, But This Is Not “Repatriation” Hyperallergic

A multinational Delphi consensus to end the COVID-19 public health threat Nature. “Although the nature and vectors of SARS-CoV-2 transmission were not clearly understood early in the pandemic, current evidence guided the panellists to near-unanimous agreement that SARS-CoV-2 is an airborne virus that presents the highest risk of transmission in indoor areas with poor ventilation.” Everybody seems to get this except the public health establishment and the governments who listen to them.

I’ve long argued that the only sustainable way China can manage its economic rebalancing and resolve its bad debt is by forcing local governments to absorb the costs by transferring or liquidating assets. This year the process may be starting in earnest.https://t.co/a3HxDeMCzD

Myanmar’s NUG going for broke before its time Asia Times

(LEAD) Ruling party says not time for parliamentary probe into Itaewon tragedy Yonhap News Agency. No doubt they said “now is not the time” about the MV Sewol ferry sinking, too.

A Pakistan army tank, displayed as a symbol of the military’s might in Peshawar — and so many other cities across the country — is vandalised by angry protestors after the attack on Imran Khan.

Not in 75 years of history has this been witnessed in Pak. pic.twitter.com/DM4sYYWdNV

Saudi firm has pumped Arizona groundwater for years without paying. Time to pony up USA Today. No, time to stop entirely.

Turkey holds off on Finland and Sweden in NATO Deutsche Welle

Bank of England Is Back to Reality After Truss Fiasco Bloomberg

Not de-regulation but double regulation for the chemical industry after Brexit Northwest Bylines. Sunlit uplands.

The SNP must get real on the currency question Richard Murphy, Prospect

Ukraine Situation Report: Russian Flag Removal In Kherson City Is A Trap Kyiv Says The Drive. Well…. I’m looking at the sourcing here, and it looks like Ukrainian PR, to me. I mean, Visegrád 24? “Kyiv based independent foreign policy/security analyst”? Really?

Is Kyiv the New Lisbon?

Cheap beer, hearty food, and electrical outages that lend the city a moody, noirish sense of mystery make the Ukrainian capital a must-visit—with or without drones.

‘A joke that went out of control’: crowdfunding weapons for Ukraine’s war Guardian]

The European Project Is Now at the Mercy of the Weather Adam Tooze, Foreign Policy

Grain at the Center of the Global Geopolitical Dispute Internationalist 360°

The Untold Story of ‘Russiagate’ and the Road to War in Ukraine NYT. Random paragraph:

What had Putin in a lather was a pro-Western and youth-led democracy movement that had caught fire just as Ukraine’s second post-Soviet leader, the dictatorial and Kremlin-aligned Leonid Kuchma, prepared to step down. To succeed him, the reformists had lined up behind a politician named Viktor Yushchenko. Pro-American and married to a former State Department official, Yushchenko vowed to join NATO and the European Union. To the Kremlin, as one influential Russian defense analyst put it at the time, a Yushchenko victory would represent “a catastrophic loss of Russian influence throughout the former Soviet Union, leading ultimately to Russia’s geopolitical isolation.”

“A pro-Western and youth-led democracy movement that had caught fire just as….” Totally! I mean, are we children of six?

A quiet race to succeed Pelosi is underway in San Francisco Politico. “Christine Pelosi, a Democratic activist who has served as a surrogate for her mother, is widely expected to pursue the seat if it opens.” Well, it’s not like our oligarchy is congealing into aristocracy.

Elon Musk Begins Layoffs at Twitter NYT. This seems to be the email: 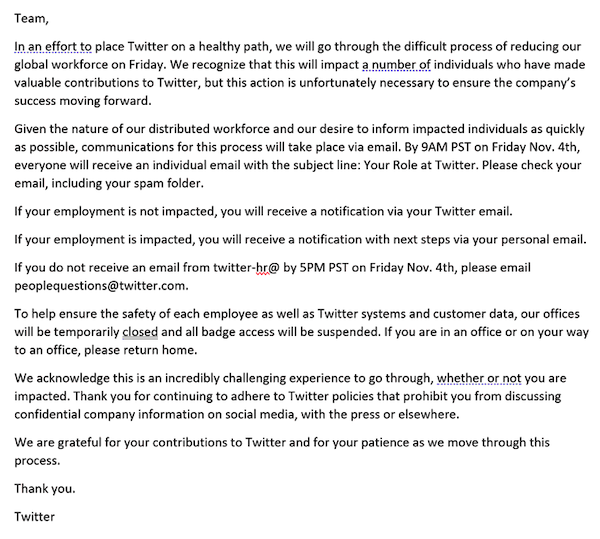 Instead of covering the industry with a business press lens or a consumer lens they started covering it with a very tough investigative lens — highly oppositional at all times and occasionally unfair.

Almost never curious about technology or in awe of progress and potential.

New Hulu Documentary Recaps Rise of Moral Majority and Downfall of Jerry Falwell Jr. The Roys Report. The lead (!!): “Look, if I would have known that accepting this woman’s invitation to go back to her hotel room would’ve led to a scandal involving the president of the largest Christian university in the world and the president of the United States, I would’ve walked away and just enjoyed my private life.”

As Profits Soar, The Disneyland And Disney World Magic Is Dying Kotaku. That’s a damn shame.

The Messy Unwinding of the New World Order—in Charts WSJ

We Mean Nothing to the Company The Baffler. The deck: “Most Americans are already subject to authoritarianism—at work.” 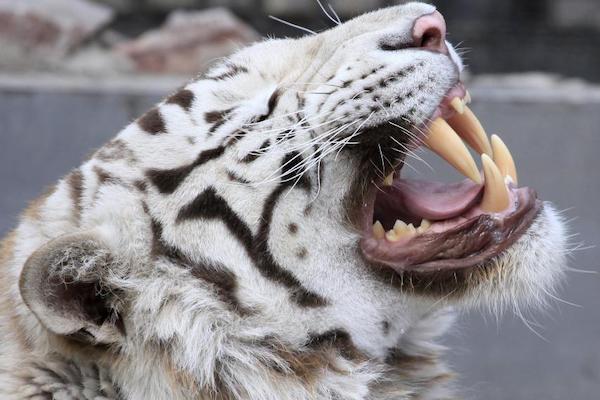