Birds fall to Earth from Delhi’s toxic skies. Two brothers are there to save them NPR (furzy)

Vermont Woman Mauled by Bear in Her Backyard While Letting Dog Out: ‘It Was Terrifying’ People. Resilc: “25 miles north from me. A neighbor down the street had his shed door broken into by a bear to get into a 5 gal covered tub of bird feed. Why I have a shotgun.”

All Fair in War: A History of Military Deception BBC Radio 4 (resilc)

The invention of free love aeon

And you think these people are going to save us from climate change? no, people, we are totally screwed by these hypcrites who know exactly what they are doing and are riding their gravy train to the end: bringing us all down on the way. https://t.co/7I0S4o9HLn

Sony To Begin Plastic Packaging Phase-out Next Year TechXplore. Glad someone is taking the lead here. SO MUCH plastic overpacking, particularly in tech.

‘There was no hope’: the Chinese factories struggling to survive Financial Times

After Lula’s Victory, India and Brazil Can Join Forces on the Global Stage The Diplomat (J-LS)

What Germany (and other EU countries) are furious about is that the Biden admin has made the Inflation Reduction Act a protectionist bill that disadvantages EU companies in many sectors (auto, green economy, etc.)

Full on destruction of EU economy by the US these days 😓

Poland draws a line in the sand with the EU: ‘We fulfilled the requirements, and we are owed the funds,’ says Polish president Business Insider

Ukraine Russia war – Col Doug Macgregor YouTube. Today’s must listen. Disproves the theory running around the Innertubes that the combo plate of the WSJ and WaPo articles on our optics-only peace virtue signaling instructions to Zelensky and the Jake Sullivan calls to Russian officials means the US is moving toward a willingness to negotiate. Macgregor argues the reverse, that the US is continuing to make threat displays towards Russia, based on careful reading of relevant facts and insider intel. Be sure to listen to the end.

Reviewed the entire gamut of our steady and time-tested relationship.

Also exchanged perspectives from our vantage points on global and regional developments. pic.twitter.com/pAuokWwJWI

🇨🇳🇪🇺🇺🇦🇷🇺China canceled a video message by the head of the EC Charles Michel criticizing the Russian Special Operation in Ukraine and calling for reducing trade dependence on China,which was planned to be shown at the opening of the CIIE international trade exhibition in Shanghai

BREAKING: While all eyes are on Ukraine, the US just bombed the Syrian-Iraqi border. Over 20 lives have been claimed in Biden’s illegal aggression.

The US military is operating in more countries than we think Responsible Statecraft (J-LS). Maybe not than NC readers think but general point well taken.

More Than 100 C-130s Are Down, Likely Because Mechanics Scratched Their Propellers, Air Force Says Defense One. Kevin W: “That would put a crimp on any Ukrainian intervention plans if so many transport planes are out of action.”

2022 Aftermath. Lambert will do the main course, just some tidbits for now:

Why Do American Elections Always End Up 50–50? Atlantic (resilc)

Missouri Republicans Hawley and Schmitt say Senate GOP needs new leadership: ‘Not Mitch McConnell’ Fox News (J-LS). From before polls closed, but if this election does indeed turn out to be a red ripple, it may strengthen their case.

Tesla Gets Hit By Amtrak Train, Driver Has Minor Injuries Inside InsideEVs (resilc)

Weird cars are becoming the new normal The Verge (resilc)

The most actively traded Brent crude options contract on Thursday was an option to buy Brent at $200 in March 2023. https://t.co/yNiTzdbVpz

Binance’s Custodial Arrangements: Whose Keys? Whose Coins? Adam Levitin, Credit Slips. Binance is buying the above busted FTX. But:

I’ve written at length about crypto platforms’ custodial arrangement, and Binance is truly the outlier among large exchanges in terms of not addressing the legal nature of the custodial relationship. Other platforms don’t always address it clearly, but they at least make some motions in that direction. But not Binance.

America’s Slow-Moving, Confused Crypto Regulation Is Driving Industry Out of US ars technica. As if thate were a bad thing.

The bankers have launched a class war Thomas Fazi, Unherd 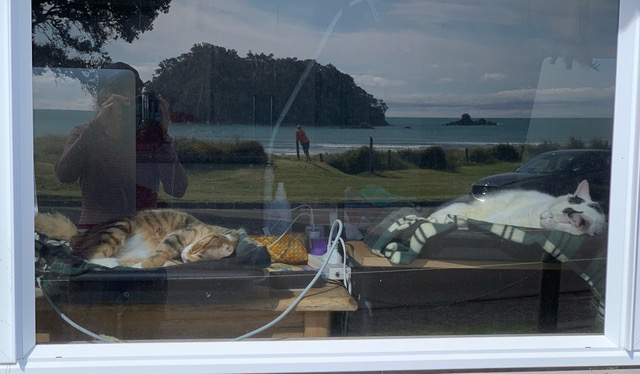