Cities Are for People Who Want to Be There Slate

A startup says it’s begun releasing particles into the atmosphere, in an effort to tweak the climate MIT Technology Review

‘A threat to unity’: anger over push to make Hindi national language of India The Guardian

PENTAGON FAILED TO RESPOND TO LAWMAKERS ON U.S. ROLE IN DEADLY NIGERIA AIRSTRIKE The Intercept

Typical propaganda disguised as a news piece. WashPost nods to “suspicions of sabotage linked to the war in Ukraine,” but then totally ignores subject. Instead, article presses how sanctions & unhappiness w/war will lead to “uprising” against the Kremlin. https://t.co/tkqD6LNMuL

Majority of Germans against sending tanks to Ukraine – poll RT

Made in Europe? The EU’s response to the US Inflation Reduction Act Ansa

This is obvious nonsense. Europe are livid about the sanctions but are boxed in by the war and cannot express this publicly, so they are kicking up an exaggerated fuss about the IRA. This is widely known and obvious. https://t.co/bax3S1ljMq

Serbian outlet Pink TV claims that the ambassadors from the ‘QUINT’ countries have given a 24 hours ultimatum to the president of Serbia for the removal of the barricades in northern Kosovo.

The Pentagon was audited this year and was unable to account for half of its assets. Trillions of dollars is unaccounted for. Fraud on an unprecedented level. Our governments response is to continue pumping insane amounts of money into the void of dark money know as our military. pic.twitter.com/8546kZyEJ6

Nothing – absolutely nothing – could be more damming to the field of economics than the fact that this phenomenon should be one of its “great puzzles.” Outrageous and embarrassing pic.twitter.com/z1buEowJVV

It’s Christmas Eve and about 50 migrants were dropped off in front of Kamala Harris’ residence with the temperature in the teens. Another stunt by Greg Abbott. pic.twitter.com/wUjkxplYmB

It’s Christmas but this is what the men incarcerated at Bullock Correctional Facility in Alabama are experiencing—there’s no heat, the pipes froze, burst, and now they’re being flooded in water beneath freezing temperature and need help. Please help spread this and demand help pic.twitter.com/fB8i43p5N6

What the fediverse (does/n’t) solve Pluralistic

Stop Talking to Each Other and Start Buying Things: Three Decades of Survival in the Desert of Social Media Welcome to Garbagetown

For the rich and famous, private jets are no longer private enough LA Times

Elites Are Clueless, and so on In These Times 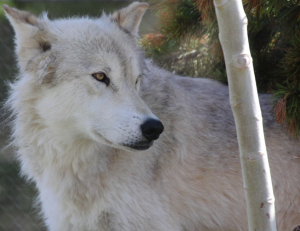 And a bonus, courtesy of Cathy T: