The election for the future of the internet Lowy Institute

The Huanan market was the epicenter of SARS-CoV-2 emergence Zenodo (an open-science project commissioned by the EC and hosted by CERN). From the Abstract: “Geographical clustering of the earliest known COVID-19 cases and the proximity of positive environmental samples to live-animal vendors suggest that the Huanan Seafood Wholesale Market in Wuhan was the site of origin of the COVID-19 pandemic.” On the geographical clustering, this GIF is slow to load but worth watching: 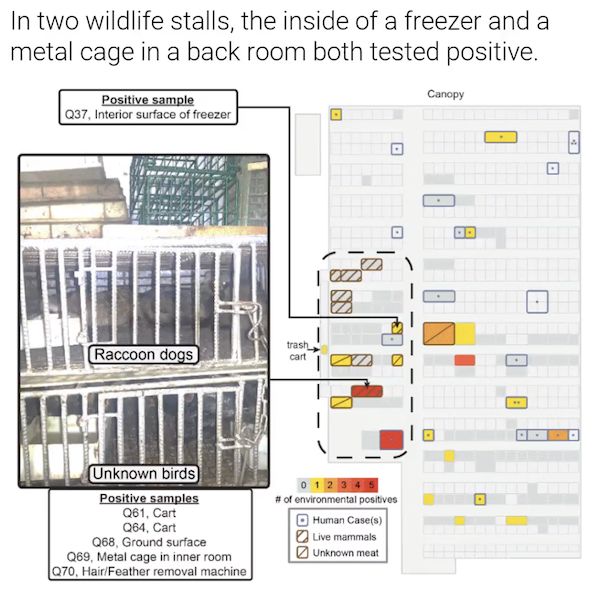 (The long thread I took these tweets from is worth a read. It includes critiques.) The second in a pair of papers:

SARS-CoV-2 emergence very likely resulted from at least two zoonotic events Zenodo. From the Abstract: “We show that the SARS-CoV-2 genomic diversity prior to February 2020 comprised only two distinct viral lineages—denoted A and B—with no transitional haplotypes. Novel phylodynamic rooting methods, coupled with epidemic simulations, indicate that these two lineages were the result of at least two separate cross-species transmission events into humans. The first zoonotic transmission likely involved lineage B viruses and occurred in late-November/early-December 2019 and no earlier than the beginning of November 2019, while the introduction of lineage A likely occurred within weeks of the first event. These findings define the narrow window between when SARS-CoV-2 first jumped into humans and when the first cases of COVID-19 were reported. Hence, as with SARS-CoV-1 in 2002 and 2003, SARS-CoV-2 emergence likely resulted from multiple zoonotic events.”

Repurposing the drug, ivermectin, in COVID-19: toxicological points of view European Journal of Medical Research. From the Abstract: “This narrative reviews the toxicological profile and some potential therapeutic effects of ivermectin. Based on the current dose recommendation, ivermectin appears to be safe with minimum side effects. However, serious questions remain about the effectiveness of this drug in the treatment of patients with COVID-19.”

Coronavirus FAQ: I’m a one-way masker. What strategy will give me optimal protection? NPR. “One-way masker” now an identity? Lordie. The strategy for “optimal protection” is — hear me out — for everybody to mask. This wouldn’t be so hard to see if so much effort had not been spent on obscuring it. Artwork: 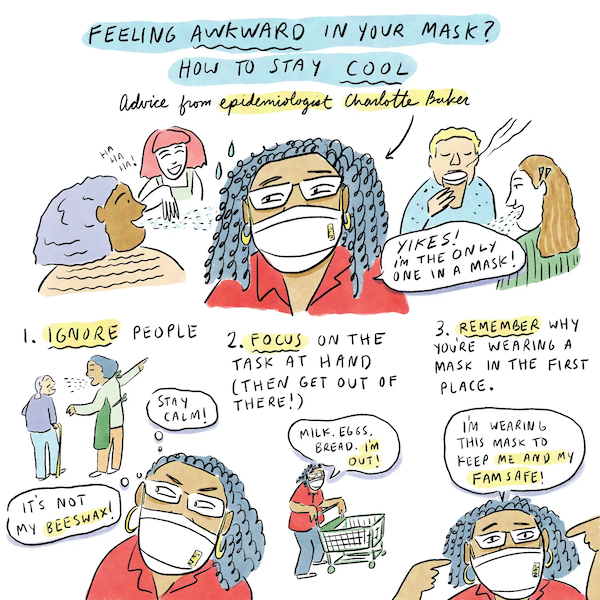 The subtext is clear: As shown by little drops of sweat and a nervous expression, it is now the masked-up who must “live in fear”; or, to generalize slightly, mutualists must live in fear of libertarians. This is clarifying, although I wouldn’t have expected the clarification to have come from the totebag crowd. Or maybe I would!

Why China Sees Opportunity in Russia’s Invasion of Ukraine Politico

#OHCHR released today that these are the countries 🇧🇾 🇺🇦 🇷🇺 🇷🇸 🇮🇱 🇮🇳 🇵🇰 🇨🇳 🇰🇷 that are selling weapons to Myanmar military group. The United Nations Security Council must do something to stop their weapons sales to the junta and prove its leadership. pic.twitter.com/mq7z2wuSXi

Inside the global drive to fund a revolution in Myanmar Japan Times. And elsewhere in Japan:

In short, Japan is prioritizing its relationship with the junta over the rights of people in Myanmar. pic.twitter.com/qIpQGH3S7E

This analysis is common but incorrect. Let’s start from the fountainhead of errors, which is the last tweet of the thread.

It’s a mistake to say S Korean voters want to sign onto *everything* US does just because it favors the US. There is an overriding electoral preference. https://t.co/gNQSMO9f2J 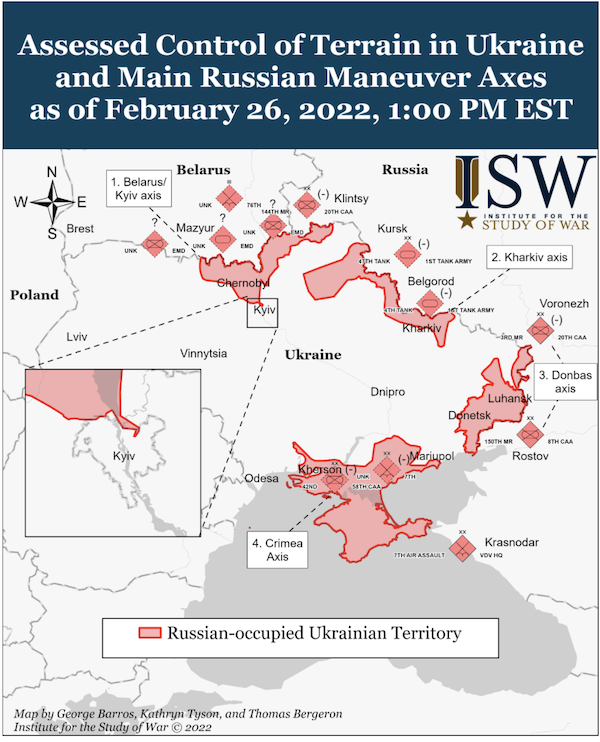 This is the best wrap-up I’ve found — readers? — but the map and the prose seem somewhat at odds in tone.

Ukraine’s Azov Battallion and Right Sector are the real deal, not cosplay:

News you can use:

So I’ve been asked what my advice would be to civilian resistors in Ukriane, especially Kyiv. Someone with no military training but wanting to resist. Here are a few things #Kyiv #UkraineUnderAttack :

Lambert here: I’m no kind of brain genius at finding fake photos. I think fake photos are so easy for me to find because they’re pervasive.

A Prayer for Volodymyr Zelensky Franklin Foer, The Atlantic

Symbol Manipulation (1): How Volodymyr Zelensky found his roar The Economist. The deck: “A man who used to entertain the nation has become its voice.” Of course, he had help:

US + NATO figures were posting a bunch of pictures of Zelensky out in kit bravely fighting off the Russian advance personally. Problem is, the photos were from last April. pic.twitter.com/Vuy1cmQQgf

This is Ukraine… 🇺🇦 Nice use of the Rule of Thirds on that flag.

In #Dnipro crowds of women spent Saturday making Molotov cocktails. Teachers, lawyers, housewives, all crouched on the grass, filling bottles. They told me they try not to think about what they’re doing. They didn’t choose this. But they have to be ready to defend their city pic.twitter.com/TSEKmEs2XG

If you want to report, instead of producing heart-tugging images, you’ll use a wide-angle lens to maximize context — for example, all the other photographers, how many people are really involved, the venue, etc. Molotov cocktails are photogenic tools for asymmetric warfare, and still have some military effectiveness, if skillfully used.

This morning I signed an Executive Order instructing @nhliquorwine outlets to begin removing Russian-made and Russian-branded spirits from our liquor and wine outlets until further notice.

New Hampshire stands with the people of Ukraine in their fight for freedom. 🇺🇦

How to Talk to Kids About Ukraine NYT. “Appease their concerns while taking them seriously.”

I’m going to run this again because it’s so worth listening to if you haven’t. Presumanbly YouTube won’t censor a talk given on Alumni Weekend at the University of Chicago:

A tour de force of realism. If you have the sense that our national security is being run by child-like entities driven by bad ideas, playground grudges, and hysteria…. That’s because it is.

The Arab Spring correlated to rising food prices, so hold on to your hats:

More than a quarter of the world’s wheat exports come from Russia and Ukraine.

We look at the global flow of wheat and grain https://t.co/mhlQJDDev7 pic.twitter.com/gJWOoa7kdj

You furnish the pictures, we’ll erase the pandemic:

The pandemic isn’t over but as far as I can tell the Ukraine invasion is really the first story to fully displace COVID from A1 headlines. Even the CDC’s major changes to mask guidance on Friday barely produced any commentary.

The CIA and the New Dialect of Power American Affairs. “‘We are Breetish,’ they say. ‘ We don’t got no bloody dealect.’” –William Burroughs, Naked Lunch: The Restored Text.

Oligarchs are only bad if they’re not on our team:

Anything owned by a Russian oligarch anywhere in the world should be taken.

This dude is the Senior Ethics Fellow at POGO, who’ve done great work on defense spending, including the F-35, so you see how virulent the current outbreak of brainworms is.

It’s Tough to Build a Corporate Culture in a Remote-Work World Wired. Correct. Your genuine hands-on corporate culture is for essential workers, not for WFHers.

Dairy in the Americas: How Colonialism Left Its Mark on the Continent Sentient Media

It can be overwhelming to witness/experience/take in all the injustices of the moment; the good news is that *they’re all connected.* So if your little corner of work involves pulling at one of the threads, you’re helping to unravel the whole damn cloth. 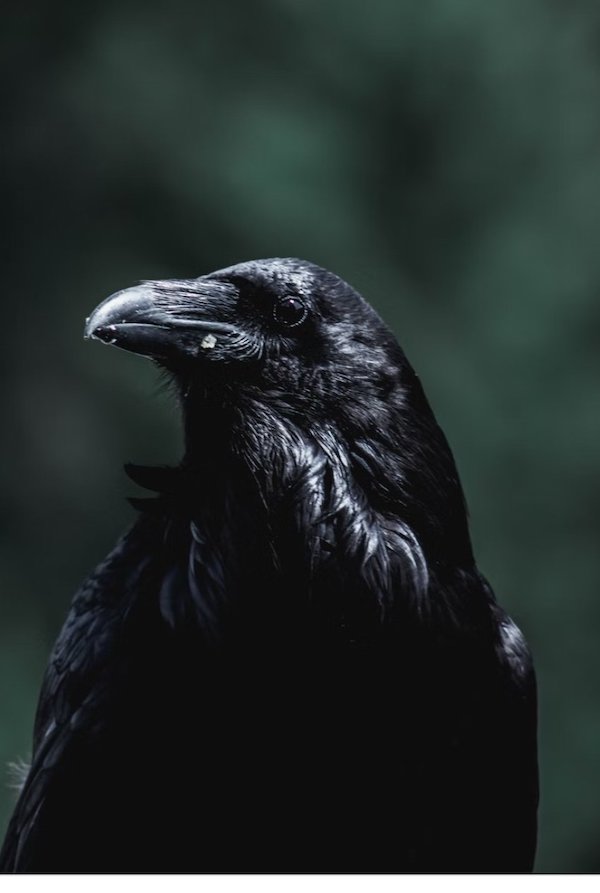