This poem really spoke to me pic.twitter.com/Ni2WawzZ5J

The END of ATMs in Australia? Thousands of cash machines are removed across the country as banks go digital Daily Mail

The Elephant in the Courtroom The New Yorker

Nature as a Mode of Accumulation: Capitalism and the Financialization of the Earth Monthly Review. Stylistically leaden, analytically well worth a read. “The project is a mad endeavor to create the institutional certainties of a smoothly-trading market where no such certainty is to be had.”

In Missouri, CDC director Rochelle Walensky says COVID ‘will lead to death in every season’ KCUR.

[WALENSKY:] ‘I think ultimately we’ll have good-level population immunity for variants that come our way, and even if surges come, the amplitude of those surges will be less,’ Walensky said. ‘We’ll have a coronavirus that will lead to death in every season, that we will tolerate in some way.’

[WALENSKY:] “We in infectious disease have long known that where infectious diseases go are not in places of wealth and places of poverty and places in lack of access,” she said. “We’re going to see it again with long COVID, where those who had been more afflicted with the disease had less access to care and more comorbidities are going to bear the burden of that disease.”

To clarify the disciplines involved here, “infectious disease” means “infectious disease control,” a hospital department — no doubt Mass General, Walensky’s former employer, has one — tasked with maintaining protocols related to infection in the buildings. Canada’s infection control goons not only opposed respirators for the general population, they acted as gatekeepers to prevent WHO from recognizing aerosol transmission. “Infection control” and “public health” may sound the same, but they’re not the same at all. More commentary:

The people making mask decisions—for society and in individual institutions—are now the people farthest away from direct work with the public or open common workspaces. We have a brand new class divide and it has decidedly deadly consequences for those of us below this new line.

The party of betrayal:

Important to note that as many states and localities eek to immediately end all restrictions, a recent Washington Post/ABC poll shows a majority of the public supports controlling the spread of the virus as a priority over having no restrictions.https://t.co/fJXpHi7mqi pic.twitter.com/k4OdpOYcSQ

“the Scarlet Letter of this pandemic is the mask”–@CDCDirector

Are you ashamed to wear a mask? I’m not. It’s unclear why Director Walensky thinks we should be ashamed, but it does make it easier to understand why @CDCgov is retreating from this safe, effective, lifesaving tool https://t.co/Zfkh2Ausod pic.twitter.com/v4Zx0s5FUt

Freedom Day Eschaton. “People who get enraged by the idea that any rule actually applies to them were unable to understand the benefits of just following some simple ones instead of turning every minor inconvenience into some Noble Political Cause.” See “Neoliberalism Expressed as Simple Rules,” Invariant #1: “The rules of neoliberalism do not apply to those who write the rules.”

Lying Like A State (podcast) Death Panel. I’m rerunning this from yesterday, because it’s worth a listen. Frankly, I could use a transcript to dope this out, but if I understand it, the podcasters used CDC’s newly rejiggered “community levels” formula to determine the number of deaths that would be happening before CDC’s “High” level kicked in: 1000/day, or 350,000 per year. Normalizing this would be useful when the Jackpot really gets rolling, I suppose. Readers? 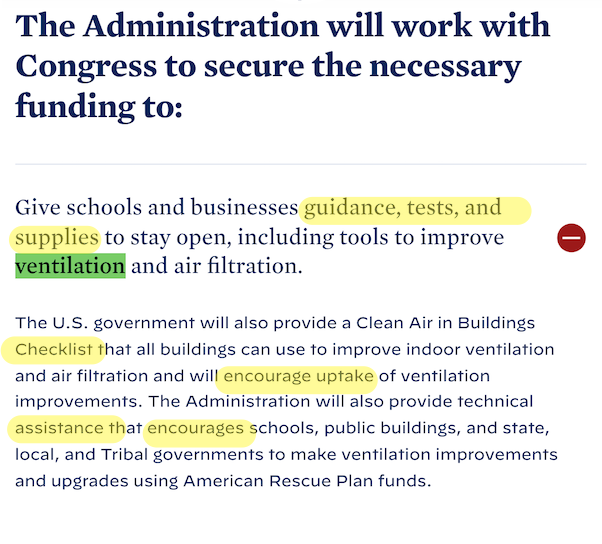 The headline I’m not seeing: “ Democrats Rule Out Regulating Ventilation During Pandemic of Airborne Respiratory Disease.” Perhaps I was being too kind; “Democidal Democrats” does have a nice ring to it….

What’s Holding Up the COVID Vaccines for Children Under 5? Pro Publica

As China’s yuan gets stronger while Ukraine crisis drives up raw material prices, exporters shy away from US dollar South China Morning Post

Ukraine puts ASEAN in ‘with us or against us’ bind Asia Times. Commentary:

The mere discussion of secondary sanctions against India over Russia in Washington D.C arguably marks the day the Indo-Pacific strategy died.

It has occurred to me that the dominant factions of The Blob are Atlanticist both out of ideology (Fiona Hill) and careerism (Fiona Hill) and have never accepted a “Pivot to Asia.” At least for the Clintonites, why would they? They moved our industrial base to China, after all. Too simplisitic? 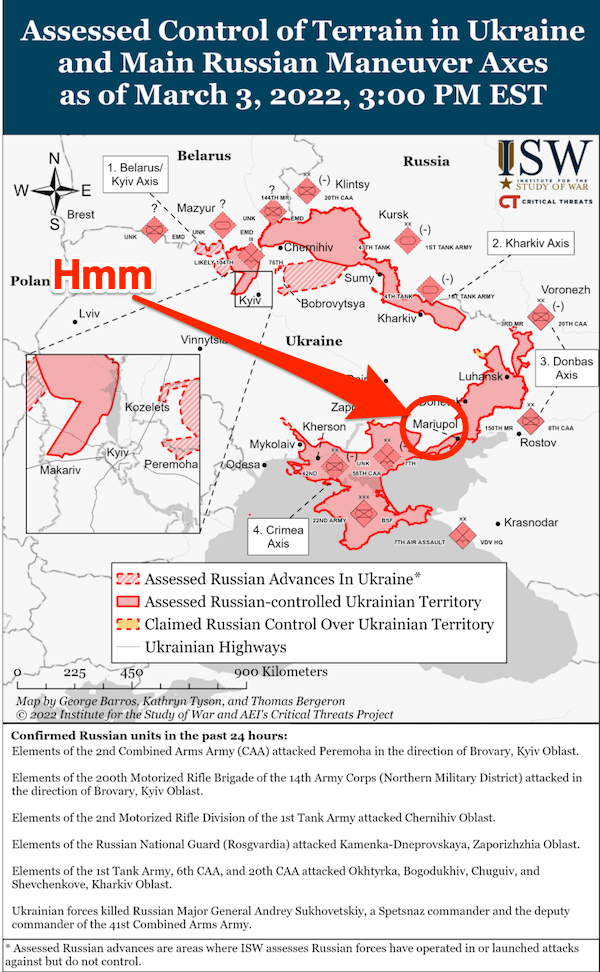 The Kagan spawn gave up on Mariupol a couple of days ago (though this is only a map, not ground; perhaps “under seige” scores as “might as well be captured” to the Kagans. More from Yves here.

This is not true. Predicting and modeling and designing mitigation for exactly such consequences is an obsession across the nuclear world, not just regulators but operators and manufacturers.

This is not some mysterious magic device. We know what’s in there and what happens. https://t.co/OTVk2CRs2d

The fire was in a training center, not the reactor. And so forth.

Also a bad sign that Zelensky replaced civilian governor of Odessa with Maxym Marchenko, ex-commander of the far-right Aidar Battalion, subject of an Amnesty war crimes report in 2014.
This war is a godsend for ghouls everywhere.https://t.co/iBqOJ4chic pic.twitter.com/dzGHvQ7yru

So Many Holes in SWIFT Sanctions on Russia, those Sanctions are Useless Mish Talk

Why didn’t they stop it? London Review of Books. “The question remains, why did all those who for so long foretold this war do so little to stop it, and so much to hasten the disaster Russia has now set in motion?” A question that answers itself, once asked.

Afghan government signs contract with Chinese company Al Mayadeen. Not for opium, I hasten to add.

White House asks Congress to provide $10 billion in humanitarian and defense assistance for Ukraine NBC. Was $6.4 billion, so as predicted.

Fractured majority allows government to withhold information on torture at CIA black site SCOTUSblog. Our democracy tortured some folks. But as Obama said: “We need to look forward as opposed to looking backwards.” And when you see how usefuli an alliance with the intelligence community has been to Democrats, it’s hard to quarrel with Obama’s political judgement. In any case, may Gorsuch continue to surprise:

Gorsuch, joined by Sotomayor, calls out today’s decision supporting use of the state secrets privilege here against Zubaydah’s request for information: “There comes a point where we should not be ignorant as judges of what we know to be true as citizens.” pic.twitter.com/qB4obWW1Id

Spotify Purges Dissident Voices In Latest Censorship Escalation Caitlin Johnstone. Podcasting, being built on RSS, is harder for the platforms to destroy, as they did the blogosphere. But they will try!

BREAKING: The ten prominent U.S. lawyers below have agreed to represent me to demand a pardon from President Biden due to the flagrant due process violations in my Chevron-prosecuted “trial” and illegal 939-day detention.

Biden must act to correct a major injustice. Honored. pic.twitter.com/qVhqcenZ6S 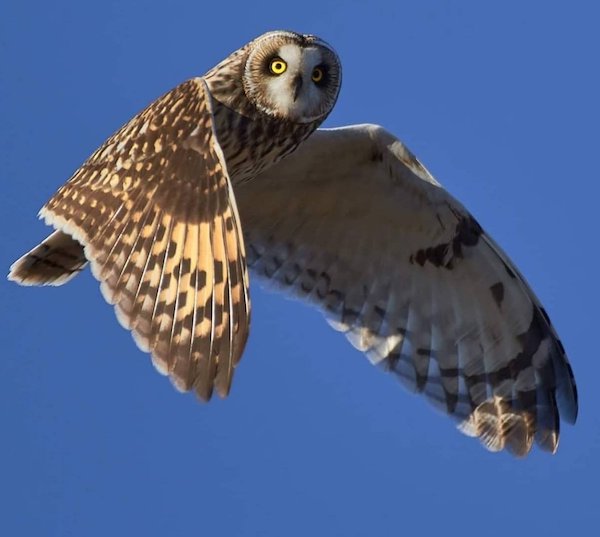 Perhaps not quite dusk….