Do WTC Responders With Cognitive Impairment Show Signs of a New Form of Dementia? Stony Brook

Note that there’s even more data suggesting that getting Covid also depletes T cells (Anthony Leonardi has been all over this, for instance). Nevertheless:

It looks like the theory of T cell damage from the jabs is being verified. 😞 pic.twitter.com/wtxjNYS9Ze

Have not yet gotten Covid brain trust input, so take with a grain of salt:

“The potential for the Moderna COVID-19 vaccine to be the catalyst of this patient’s cutaneous manifestations of his immune system responses is also hypothesized.”

I’m afraid that secondary syphilis might be a vaccine-associated comorbidity.https://t.co/5TXG1ABmCy

When u arrive at a hotel in Shanghai these days ur given a document with every high and medium risk area in China on it. You are told to check the list and confirm with signature that you have not been to one of these places recently pic.twitter.com/fMN4jYUzTT

Why the US Army electrifies this water YouTube (Steve D)

One flood-ravaged Kentucky community is suing a coal company, saying its negligence made damage even worse NBC (furzy)

Euro Falls Below Parity With the Dollar Reuters

Robert Troy, Leo Varadkar, and why people widely condemn Irish politics as corrupt despite our oft-mentioned decent scores on metrics such as the “corruption index” reddit (John B)

GAS PRICE JUMP: The sun may still be shining as Europeans soak up the final rays of the summer, but it looks like a long, tough winter ahead. Spot gas prices rose to a high of €292 per megawatt hour on Monday in intraday trading — a new record, as markets brace for gas shortages.

Details: The price surge was triggered by Russia’s state-owned Gazprom announcing it would stop supply through the Nord Stream pipeline — again — at the end of the month for three days of “maintenance.” But as our colleague America Hernandez reports, worries about gas supplies aren’t confined to the Russian-Germany pipe connection.

No-flow Norway: In Norway, gas export flows are down by about 34 million cubic meters per day, due to a series of gas field production outages this week. That’s roughly equal to all the gas currently flowing through Nord Stream. But Norway’s volumes are expected to ramp back up before the end of the month.

No respite: Belgium’s Prime Minister Alexander De Croo said Monday that Europe could be facing “five to 10” difficult winters — an alarming reminder that there’s no quick fix to the energy crisis.

What if the US took a more nuanced view of Iran? Responsible Statecraft (resilc)

Google labels parents as sex offenders for photos of own naked toddlers – NYT RT (Kevin W). See what you get with Google as your new overlord.

Trump sues justice department over Mar-a-Lago search BBC (furzy). A lawyer in the readership thinks the 4th Amendment claims could stick (the warrant was arguably a verboten general warrant), but Trump has seldom had good representation in court.

This is a primary race to run against Stefanik, a well known trump sycophant.

If you can believe any of this shit, the current favoirte* is a CIA agent.
*NY primary polls are not very predictive, they usually show what the DNC wants to happen. In very recent times “the leader” 2 days before the election ended up losing by over 10points.

Now back to his resume- how would his former employer approach this situation? Bribe the locals and run some push pols.

The other frontrunner in the race is an Oxford grad.

Real men of the people.

CIA man launders money via election fund raising. I know, I know, how can anyone say where the laundering begins and the fund raising stops.

Bullshit. Canceling all student debt would improve the lives of 45 million Americans. Wanna pay for it? Tax the damn Wall Street speculators who made you obscenely rich, Larry, the same guys you helped bail out. And by doing that we could also make public colleges tuition free. https://t.co/6soOqJlq8O

Dove and black-breasted Phoenix red rooster palling around together beside the Kern River. You may not be able to use this one. It’s difficult to get a good photo of a white bird and a black bird, especially when back-lit, that does them both justice, and I’m not sure I did either of them justice—I was just eager to get a picture of them together. 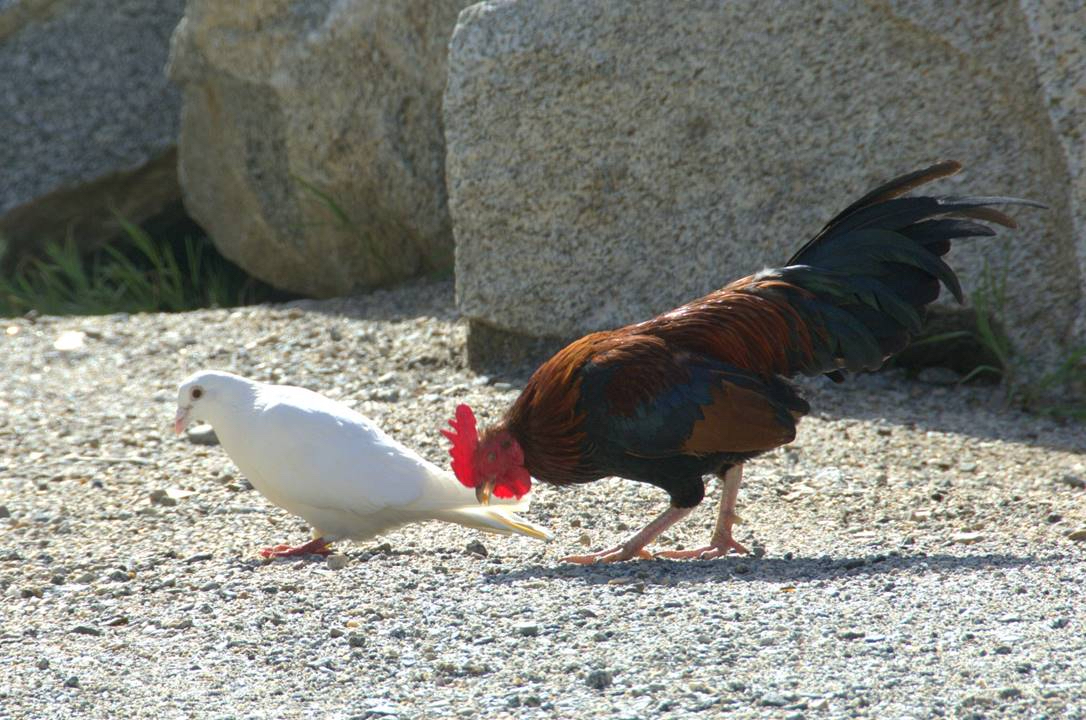 And a bonus (Cliff H). A fan movie of sorts: