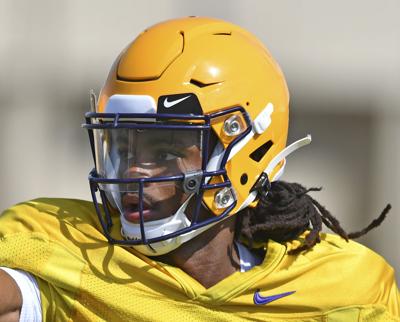 Parrish, who redshirted as a freshman in 2019, missed both days of spring practice that were open to the media in Baton Rouge. He is a dual-threat quarterback from Phenix City, Alabama, who was expected to be in the mix for some playing time this season.

Junior Myles Brennan, Heisman Trophy winner Joe Burrow’s backup in 2019, is expected to be the starter in 2020, and this suspension will not help Parrish’s case. As the eventual national champions rolled through several games last season, Brennan received playing time behind Burrow, throwing for 353 yards, with one touchdown and one interception.

At Orgeron’s pre-spring news conference last week, he praised Brennan, while opening the door for Parrish and others.

“I expect Myles to explode, and I expect him to do all the things that he needs to do to be a great quarterback,” he said, confirming Brennan was to take first-team reps. “Unless somebody beats him out.”

“They have both had some improvements,” Orgeron said. “They’re both hard workers and they are going to have to continue to improve throughout the spring. I think they will.”