The debate about the $15 national minimum-wage has been generating more heat than light.

It is an area I have been researching for a long time (one of my very earliest Bloomberg columns was this discussion). My views on this are rationally based on the state of academic research, which more or less states that modest increases in the minimum wage does not hurt job creation, generally helps to reduce poverty, and stimulates the local economy.

There are always exceptions and outliers, but as NBER’s Arindrajit Dube has shown, its pretty well settled. The challenge advocates of raising the minimum wage to $15 run into is not the research, but rather, how long it has been and how far behind the USA is in effecting a national increase.

You can measure minimum wages against a variety of factors:

Consider each of these (charts below), and it is obvious how far behind wages are against all of these comparative metrics.

The best arguments against raising the minimum wage on a national basis to $15 is that median wage levels in many parts of lower-cost regions of the country are far below what the wealthier, more expensive coastal cities can afford. The local cost is more rural or lower wage regions will be far greater than other areas. Hence, a fair question is not so much whether to raise the minimum wage, but rather, how high and how fast.

And so a rational compromise beckons:

Raise the minimum wage to $12 per hour nationally. Index it to CPI inflation, allowing it to automatically increases every year.1

This compromise accomplishes two things: First (and most important), it removes the annual minimum wage increase battle from the political process. Second, it gives localities some room to decide if they want a higher minimum wage than $12. And, the increase will create a huge data set for future evaluation of efficacy in reducing poverty,  raising economic activity, or helping/hurting job creation.

Make me your Philosopher King, and $15 hour is a done deal. Barring my elevation to Benevolent Dictator, this $12+COLA looks to be a good compromise for today, and the future. At the very least, it prevents the sort of multi decade long lags like workers have felt over the recent era.

What Minimum Wage Would Be If It Kept Pace with Productivity 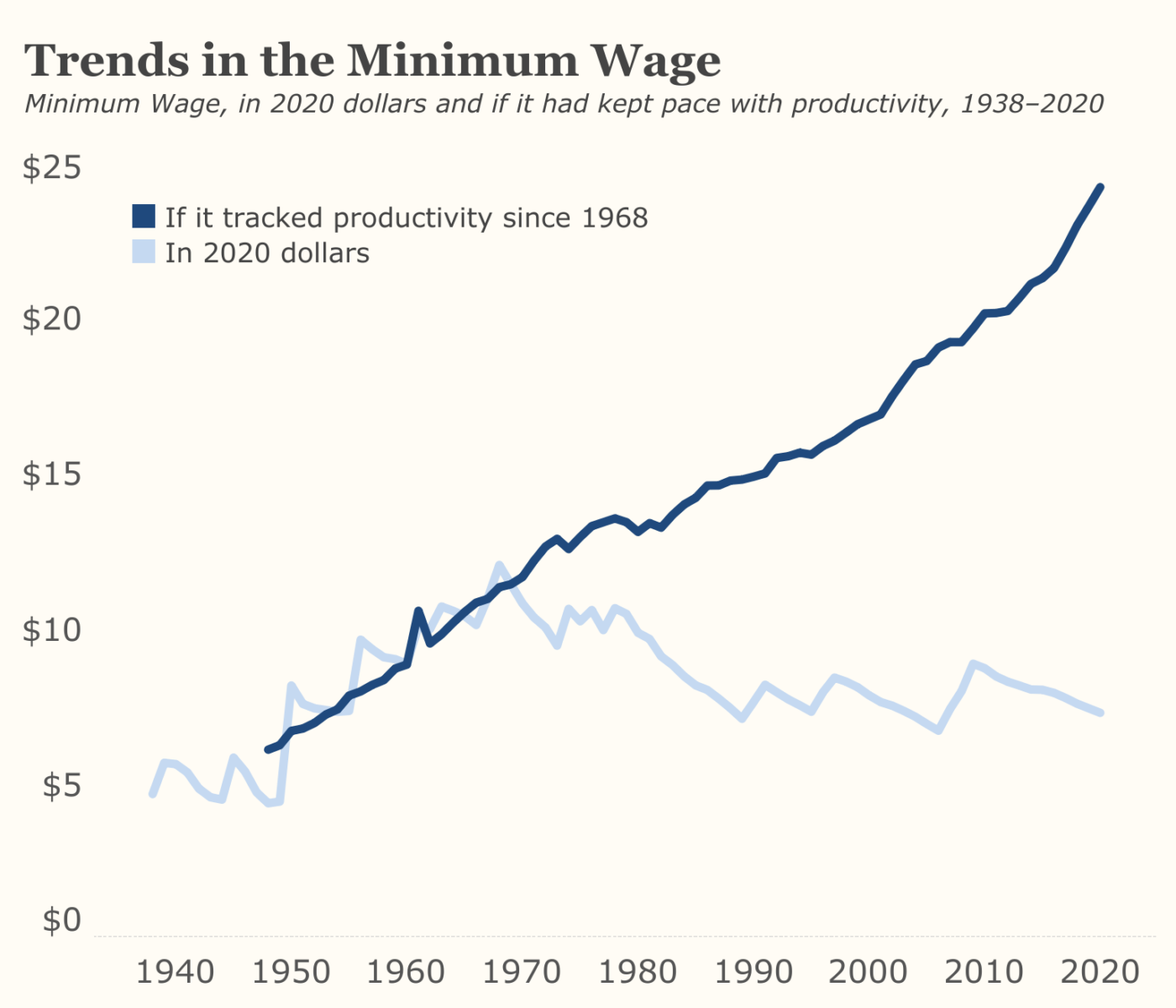 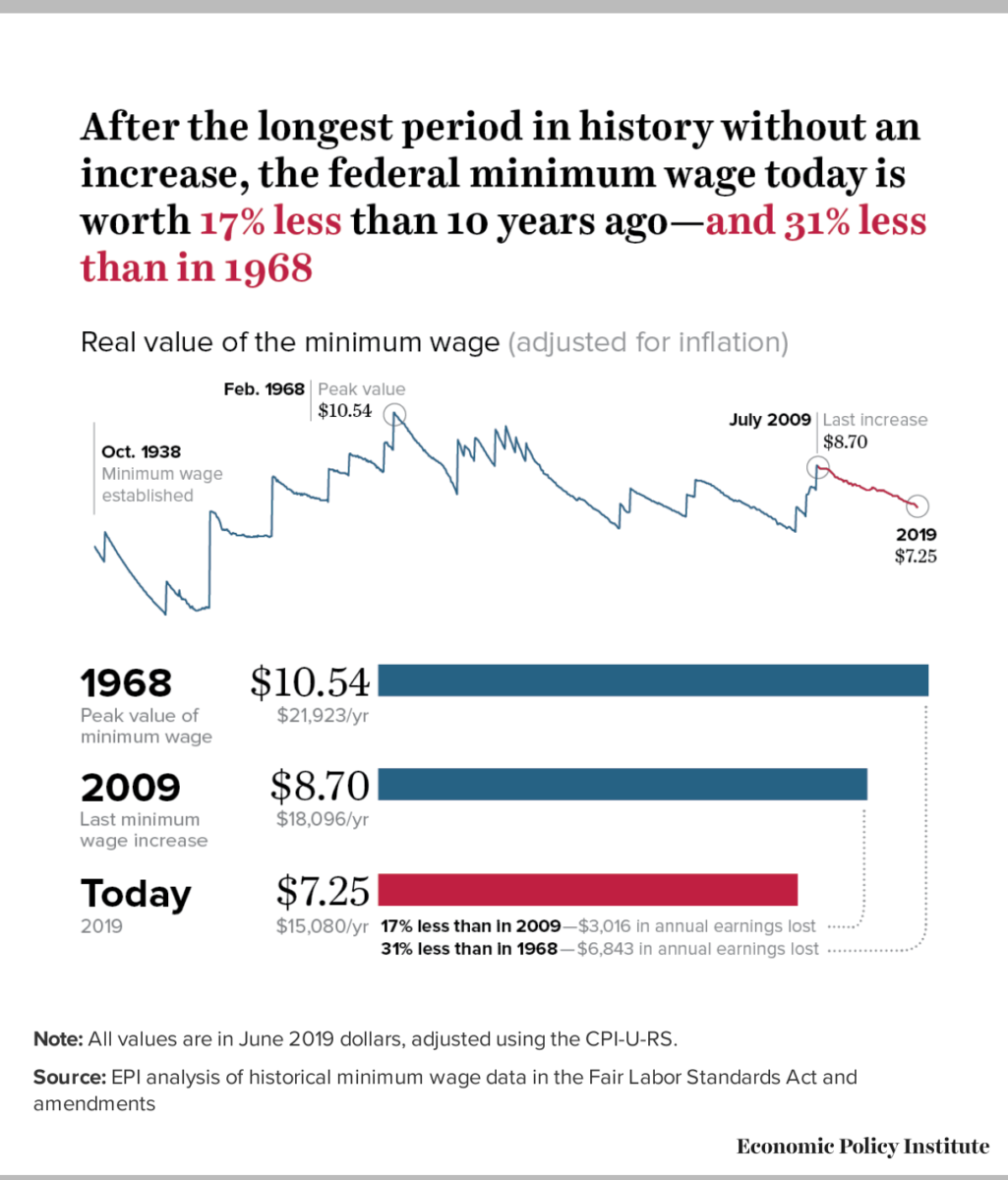 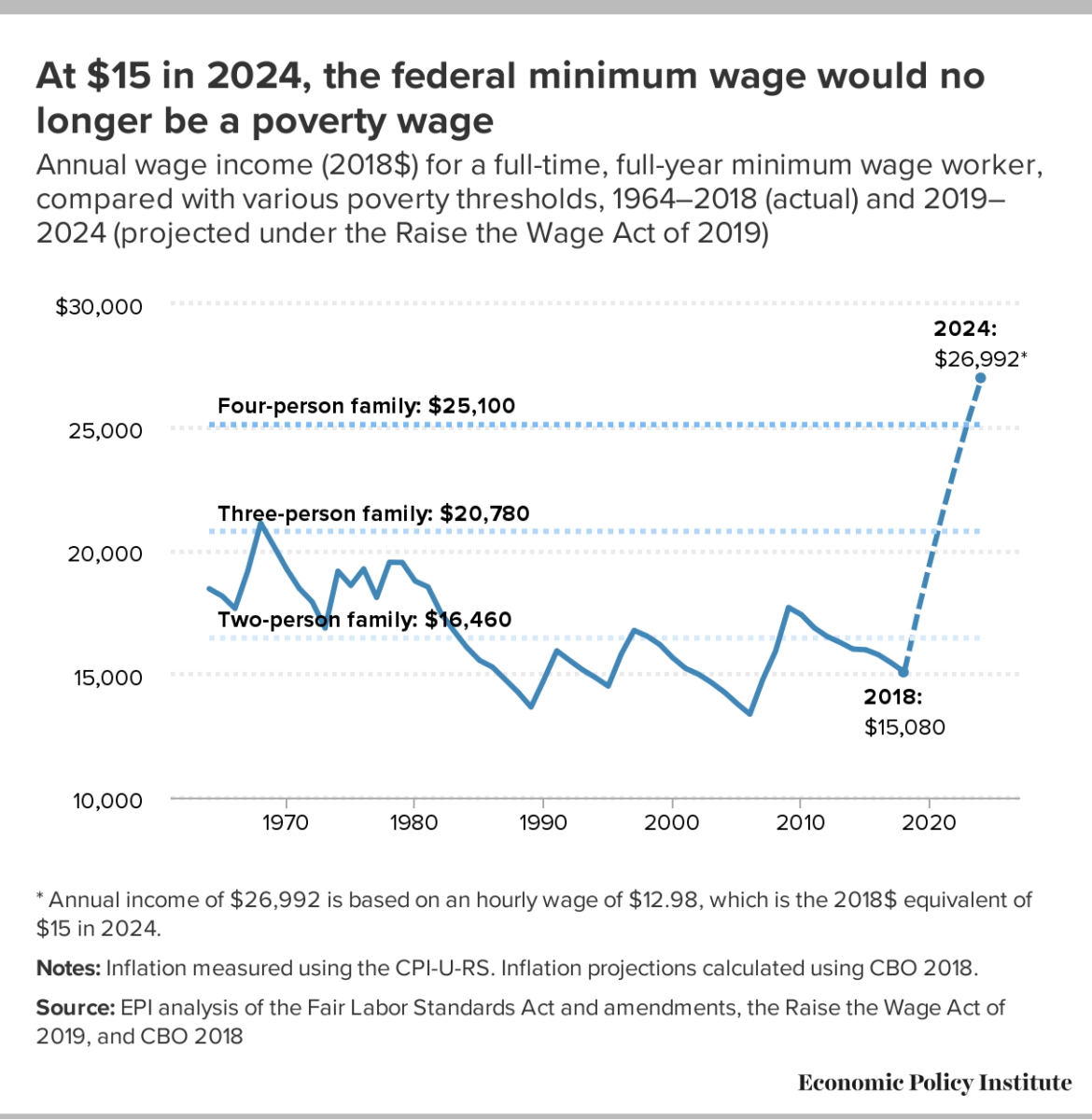 1. I will not object if the legislation includes a provision allowing for the BLS Secretary to freeze any increases for a quarter at a time for true emergencies (as defined within the legislation).