Yves here. In a bit of synchronicity, some readers yesterday were voicing skepticism over the claim of the efficacy of masks in reducing Covid-19 spread, despite the success of many large Asian cities in keeping infection levels way down post lockdowns or other restrictions. Even their outbreaks show total infections at a vastly lower level than US states with much smaller populations.

Taleb shows the impact of mask usage on infection levels. And I get a kick out of his jabs at libertarians.

Incompetence and Errors in Reasoning Around Face Covering

SIX ERRORS: 1) missing the compounding effects of masks, 2) missing the nonlinearity of the probability of infection to viral exposures, 3) missing absence of evidence (of benefits of mask wearing) for evidence of absence (of benefits of mask wearing), 4) missing the point that people do not need governments to produce facial covering: they can make their own, 5) missing the compounding effects of statistical signals, 6) ignoring the Non-Aggression Principle by pseudolibertarians (masks are also to protect others from you; it’s a multiplicative process: every person you infect will infect others).

In fact masks (and faceshields) supplemented with constraints of superspreader events can save us trillions of dollars in future lockdowns (and lawsuits) and be potentially sufficient (under adequate compliance) to stem the pandemic. Bureaucrats do not like simple solutions. 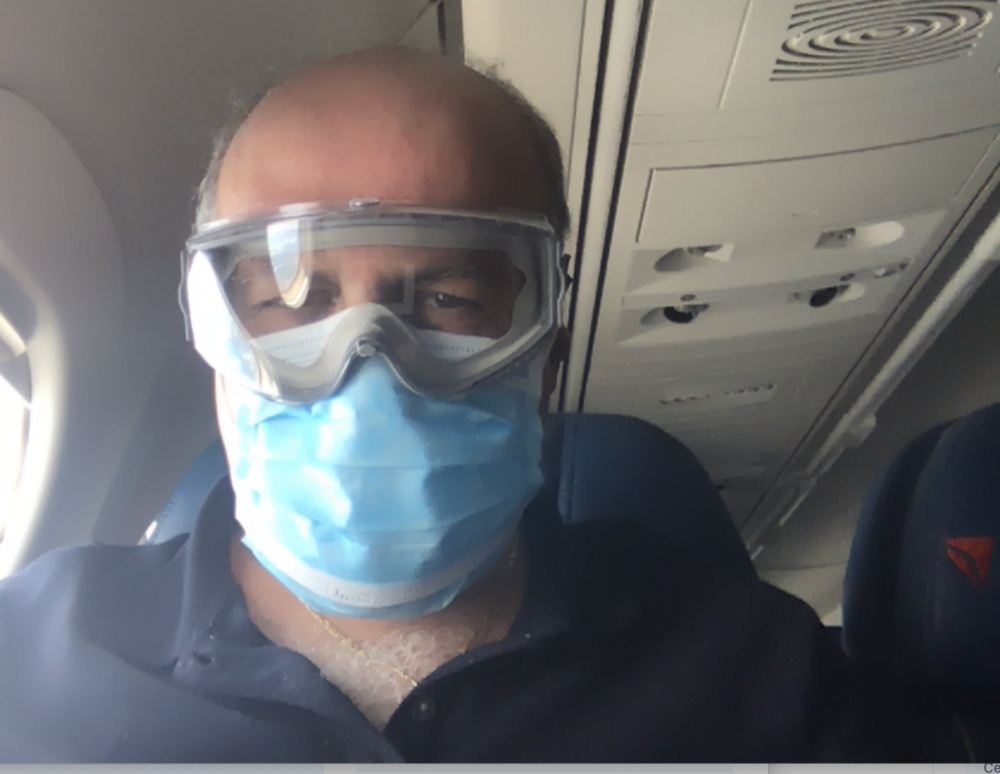 I want to travel this summer

People who are good at exams (and become bureaucrats, economists, or hacks), my experience has been, are not good at understanding nonlinearities and dynamics.

The WHO, CDC and other bureaucracies initially failed to quickly realize that the benefits of masks compound, simply because two people are wearing them and you have to look at the interaction.

Let us say (to simplify) that masks reduce both transmission and reception to p. What effect on the R0(that is, the rate of spreading of the infection)?

Simply the naive approach (used by the CDC/WHO bureaucrats and other imbeciles) is to say if masks reduce the transmission probability to ¼, one would think it would then drop from, say R0= 5, to R0=1 ¼. Yuuge, but there is better.

Second Error: Missing the Nonlinearity of the Risk of Infection

The error is to think that if I reduce the exposure to the virus by, say, ½, I would then reduce the risk, expressed as probability of infection, by ½ as well. Not quite.

Now consider (Fig 1) that probability must follow a nonlinear dose-response, an “S curve”. In the convex part of the curve, gains are disproportionately large: a reduction of x% of viral exposure leads to a drop of much more than x in risk of infection. And, patently we are in the convex part of the curve. For example, to use the case above, a reduction of viral load by 75% for a short exposure could reduce the probability of infection by 95% or more! 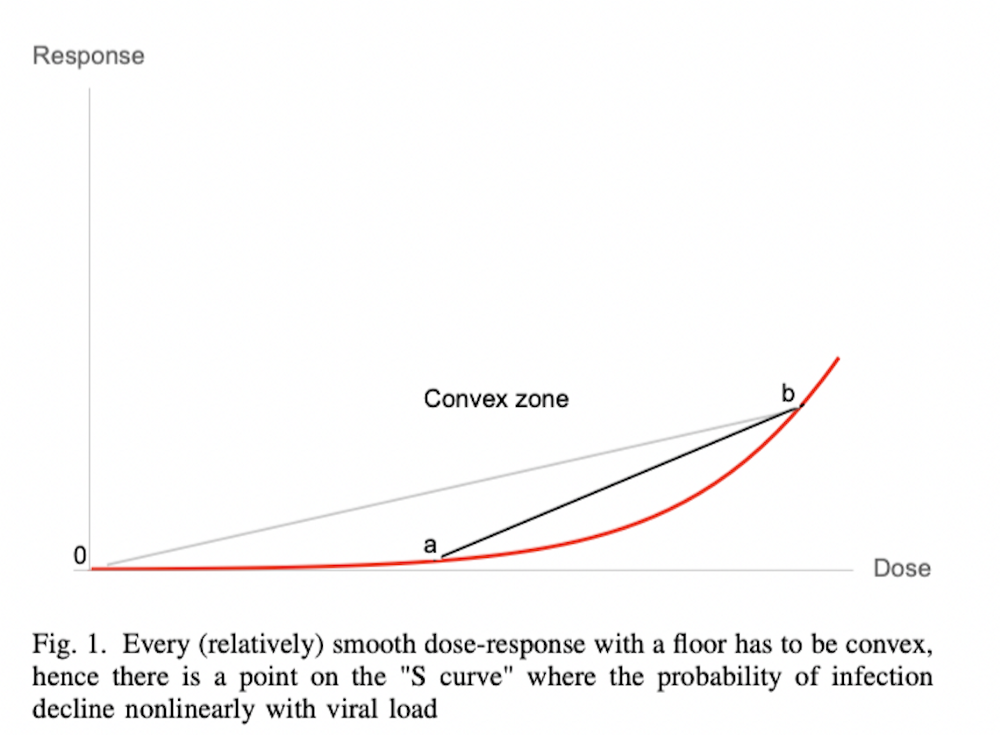 Third Error: Mistaking Absence of Evidence for Evidence of Absence

“There is no evidence that masks work”, I kept hearing repeated to me by the usual idiots calling themselves “evidence based” scientists. The point is that there is no evidence that locking the door tonight will prevent me from being burglarized. But everything that may block transmission could help. Unlike school, real life is not about certainties. When in doubt, use what protection you can. Some invoked the flawed rationalization that masks induce false confidence: in fact there is a strong argument that masks makes one more alert to the risks and more conservative in behavior.

Paternalistic bureaucrats resisted inviting the general public to use masks on grounds that the supply was limited and would be needed by health professionals — hence they lied to us saying “masks are not effective”. They did not get the inventiveness and industriousness of people who do not need a government to produce masks for them: they can rapidly convert about anything into well-functioning protective face covering appendages, say rags into which one can stitch coffee filters… about anything. Nor did bureaucrats heed the notion of markets and the existence of opportunists who can supply people with what they want.

Many people who deal with statistics think in terms of either mechanistic concepts (say correlation) they don’t quite understand, or local results; they fear to be presenting “anecdotes”, and fail to grasp the broader notion of statistical signals where you look at the whole story, not the body parts. For here, again, evidence compounds. We have a) the salon story where two infected stylists failed to infect all their 140 clients (making the probability of infection for bilateral mask wearing safely below 1% for a salon-style exposure) — we know the probability of infection for non mask wearers from tens of thousands of data points and the various R0 estimations) plus b) the rate of infection of countries where masks were mandatory, plus c) tons of papers with more or less flawed methodologies, etc.

“Libertarians” (in brackets) are resisting mask wearing on grounds that it constrains their freedom. Yet the entire concept of liberty lies in the Non-Aggression Principle, the equivalent of the Silver Rule: do not harm others; they in turn should not harm you. Even more insulting is the demand by pseudolibertarians that Costco should banned from forcing customers to wear mask — but libertarianism allows you to set the rules on your own property. Costco should be able to force visitors to wear pink shirts and purple glasses if they wished.

Wear a mask. For the Sake of Others.

1- I commend the very very very few writers such as Zeynep Tufekci who have been fighting the fight in the media.

2- I truly believe that the pseudolibertarians are sociopaths and misanthropes looking for a political party that they think fits their misanthropy. 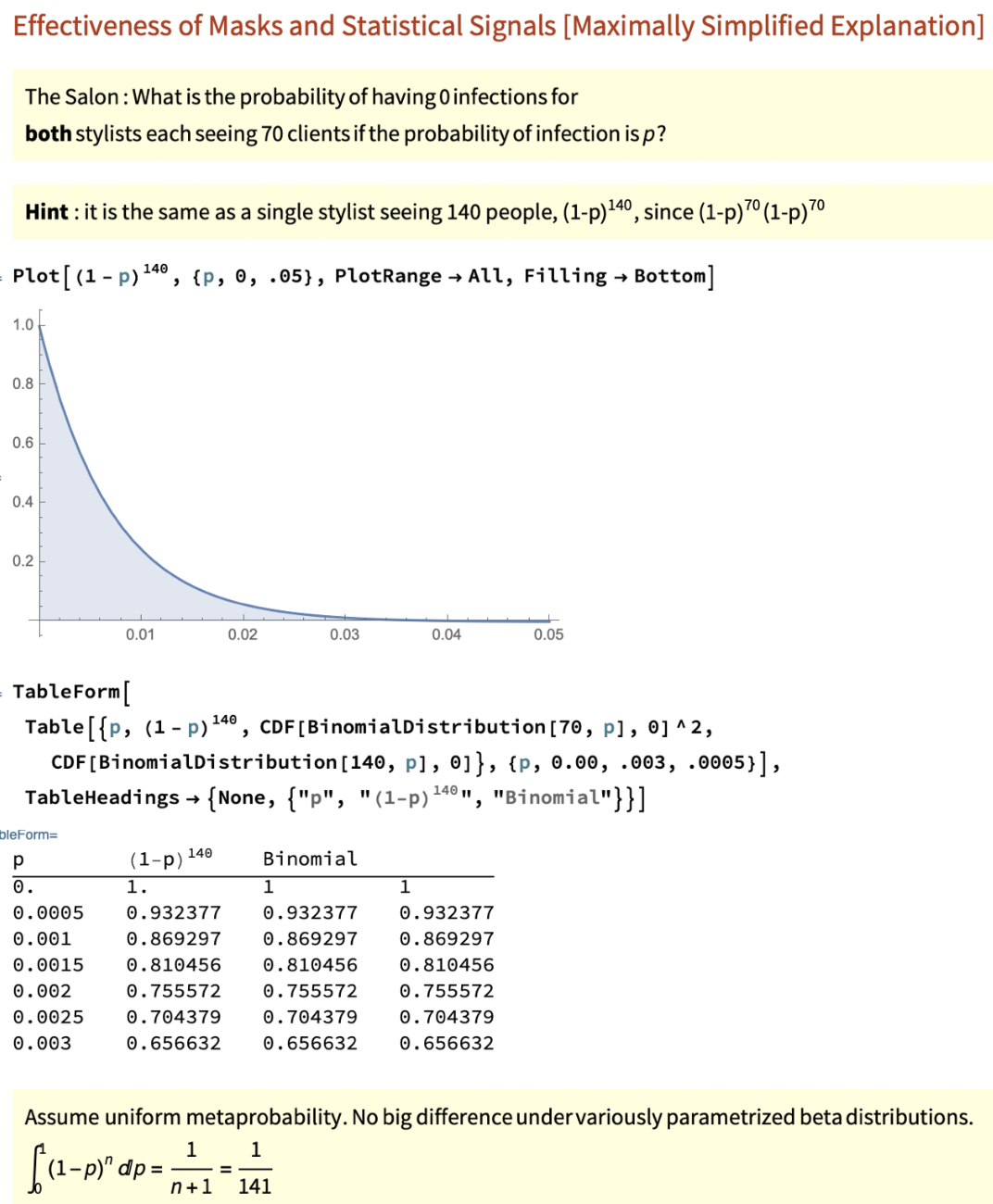 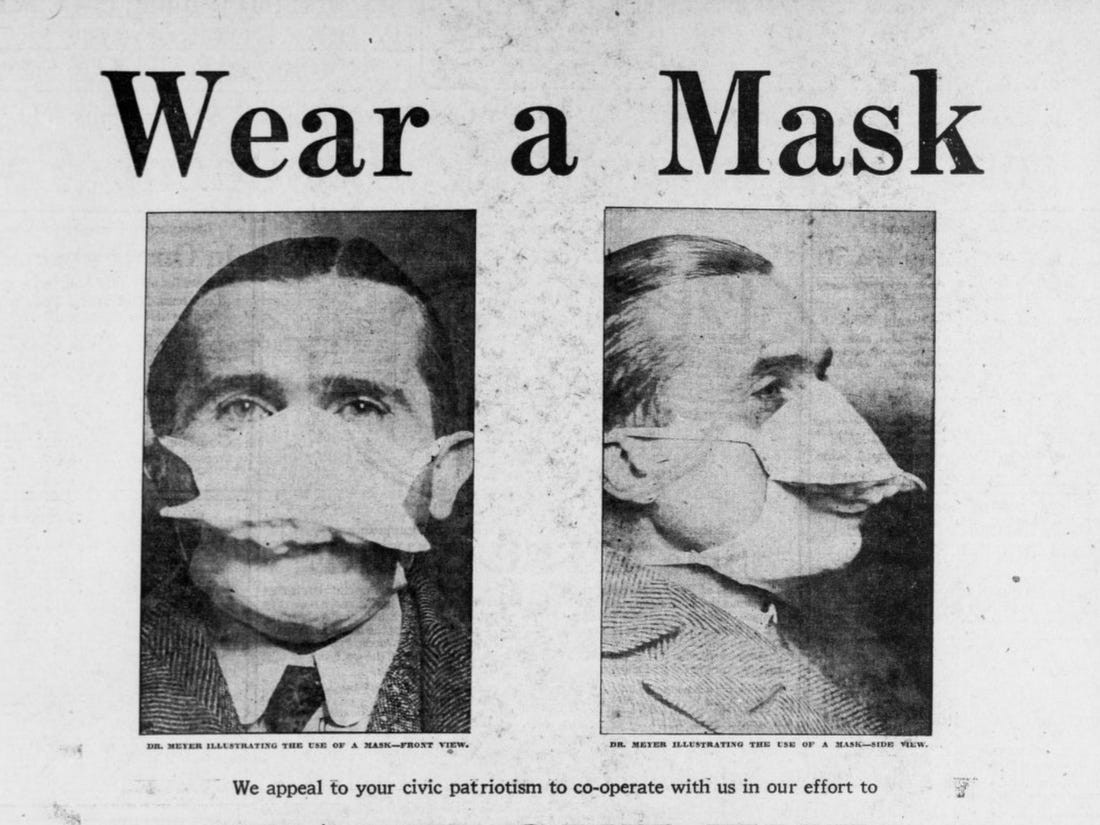 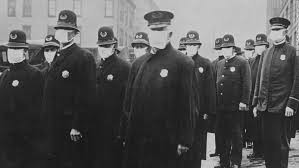