A quick story to start your week:

Saturday night, we have dinner reservations at an outdoor, waterfront restaurant. I booked weeks ago, requesting an outdoor table on the terrace which sits high above the beach, affording diners a spectacular view of the Long Island Sound and Connecticut. But this weekend was too cold and rainy to sit outside, and I had no interest in waiting for indoor seating (assuming we could even get a table on Mother’s Day weekend).

Instead, we ended up at a favorite local joint, a nice restaurant – I knew that without reservations we could still grab seats at the lovely bar to order dinner, so long as we got there before 7 pm. Heading out the door, I set the DVR to record the Kentucky Derby on the off chance it might not be playing at a nice restaurant on a Saturday night.

We got seated before the bar filled up, just before the race started. The TV at the end of the bar was muted, but it was easy to watch the race as it unfolded. I did the color commentary for laughs but I was curious how the pros called it.

I caught the full broadcast on Sunday. Watching the hour-long lead-in to the Derby already knowing the winner was a surreal experience. Look, I understand NBC had to create all of this filler to build to the crescendo of what is a 2-minute race. But watching it knowing what already happened was a revealing exercise in cognitive failures.

It was also strangely familiar: The breathless narratives, the enthusiastic anticipation of the big event, the excess of self-confidence among the commentators, the reliance on experts of dubious expertise, and just the sheer innumeracy of it all. It was all so fun and thrilling.

The broadcast focused on the favorites: Epicenter (5-1), Messier (7-1), Zandon (8-1), Mo Donegal (8-1). They interviewed the owners, spoke with the trainers, showed a history of how expensive thoroughbred sales had been. I understand there isn’t time to focus on all 20 horses, but this was so very lopsided. The chart showing the 9 Santa Anita Derby race winners that also won the Kentucky Derby going back to 1982, while omitting any mention of the 31 who did not win was good for laughs.

Events that have potentially random outcomes are not Steve Kornacki’s forté; he should really stick to elections.

I understand this is all just entertainment: Over the course of the broadcast leading up to the race, there were many wonderful hats and charming dresses and hilarious suits — lots of Mint Julep-driven fun. But there was not a single mention of how often favorites win, or the track record of the handicappers that forecast them, or how to think about the weather and track conditions affecting the race. There was no discussion of how the odds are set; almost nothing was said about how difficult breeding, training, and racing horses is. I suspect that for most owners, it is a very expensive labor of love.

Then the race began: Watching knowing the outcome allowed you to see the surprising errors unfold: the focus on the favorites, a failure to recognize the scorching hot pace could leave the lead horses exhausted by the end, missing that the ultimate winner had been moving up in a very deliberate and measured pace from the back of the pack. Indeed, the only time Rich Strike was mentioned by the announcer was in the initial list of horses  (at the 55-second mark, above) and then – utterly shocked – when Rich Strike decisively pulled past the favorites at the 2:03 mark seconds before the race ended. If the Derby was an eighth of a mile longer, I suspect Rich Strike might have won by five lengths.

I bring all of this up not because the announcers did a bad job, but to point out how absurd and misguided the exhibited self-confidence was throughout the broadcast.

It is not a stretch to see how we make the same errors in the markets.

Consider this different view of the last half of the race, with Rich Strike (the winner) and Epicenter (a favorite) highlighted. Doing color commentary well during a live race is a very challenging task, none more difficult than the Kentucky Derby. But as you watch this, consider how misplaced the emphasis is on the specific favorite horses:

The lesson here for investors is this: Nobody knows anything. At least, when it comes to what the future holds, we are all ignorant as to what will happen. Hell, most of us are oblivious about what is going on right now, forget the future.

If you want a better perspective on unknown future outcomes, consider the annual review from Birinyi Associates. They track the more influential media stories and then bind them into a single volume. The breathless headlines and knowing forecasts that get everybody so nervous and worked up look ridiculous from the perspective of the future. It’s not just that they are wrong, but that they are wrong while being so full of arrogance and hubris.

Markets demand humility: We must humbly admit just how little we actually know about the present,  and how much less we know about the future. This definition has served me well:

“Investing is the art of using imperfect information to make probabilistic assessments about an inherently unknowable future.”

I think about this as I consume content: How much do the people I read, listen to, and watch actually know about the future? Why is it that the strongest opinions, the ones said with the most conviction, are often not just wrong but most likely to be believed? It is as true for sports and business and gambling as it is for deploying risk capital.

I enjoy watching the Derby, but I wish the stations that cover this grand 148-year old event might seriously rethink how they go about putting together their coverage. It was a great race and lots of fun, one that holds a lesson for investors and consumers of financial content. 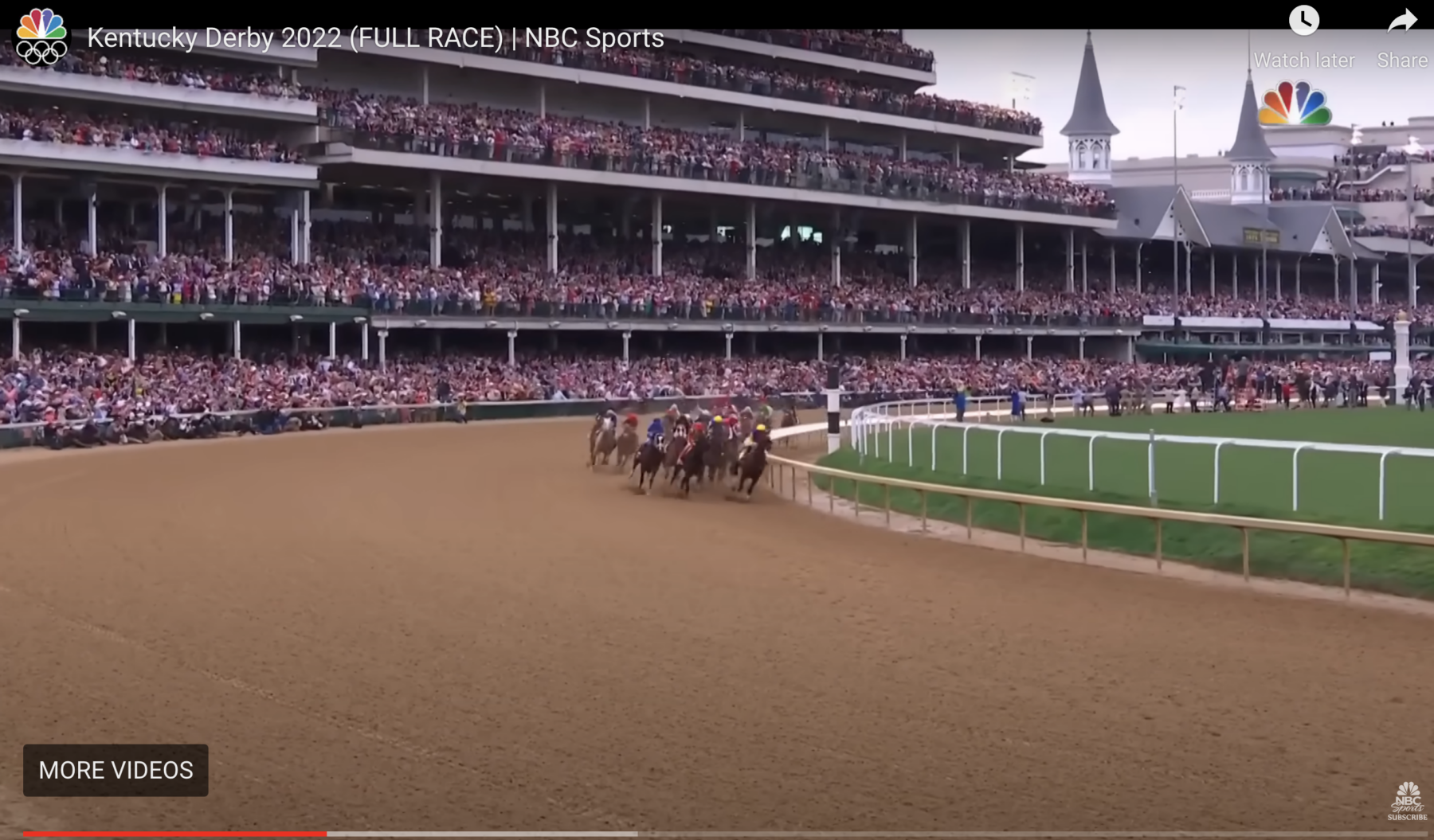 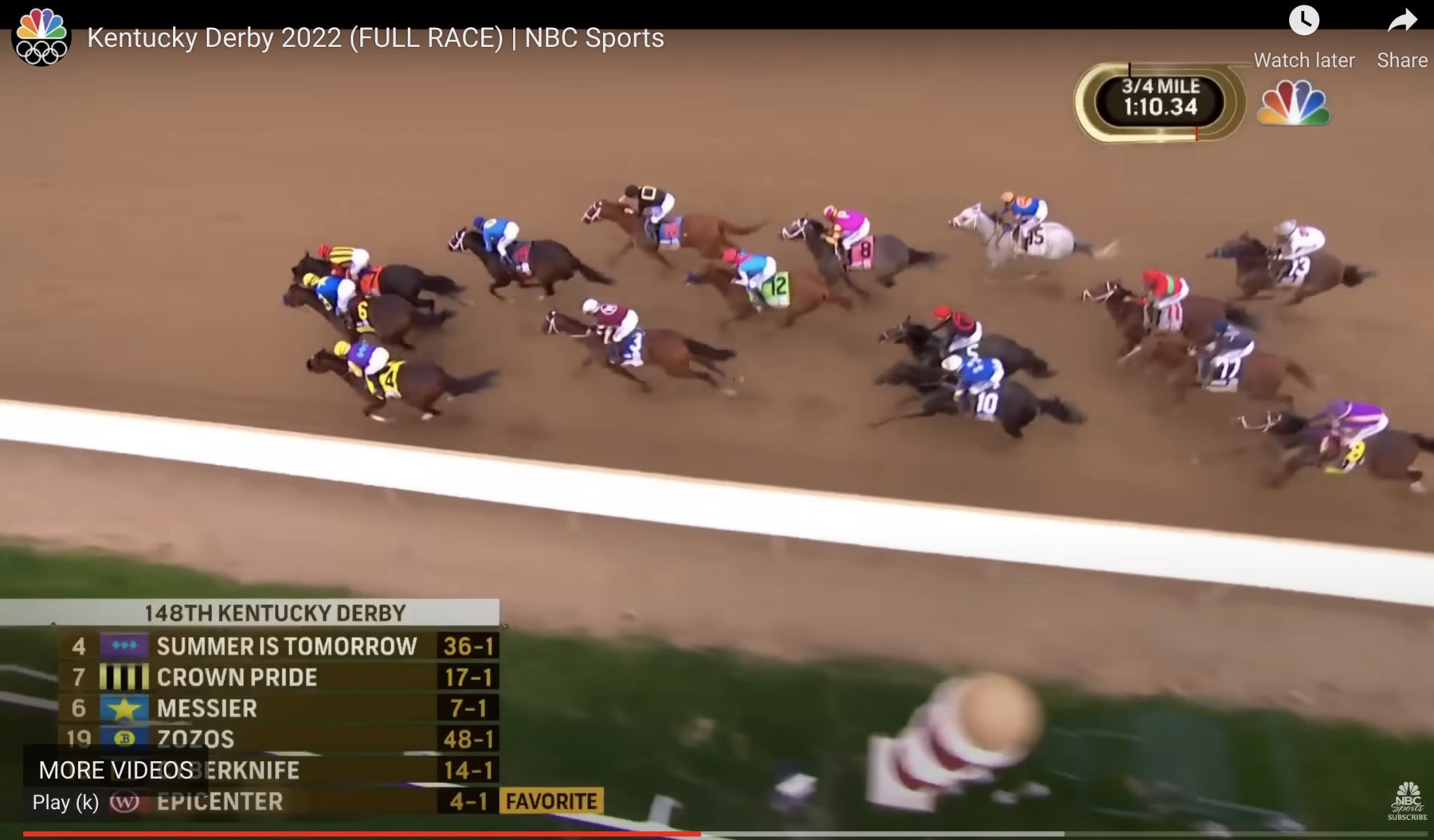 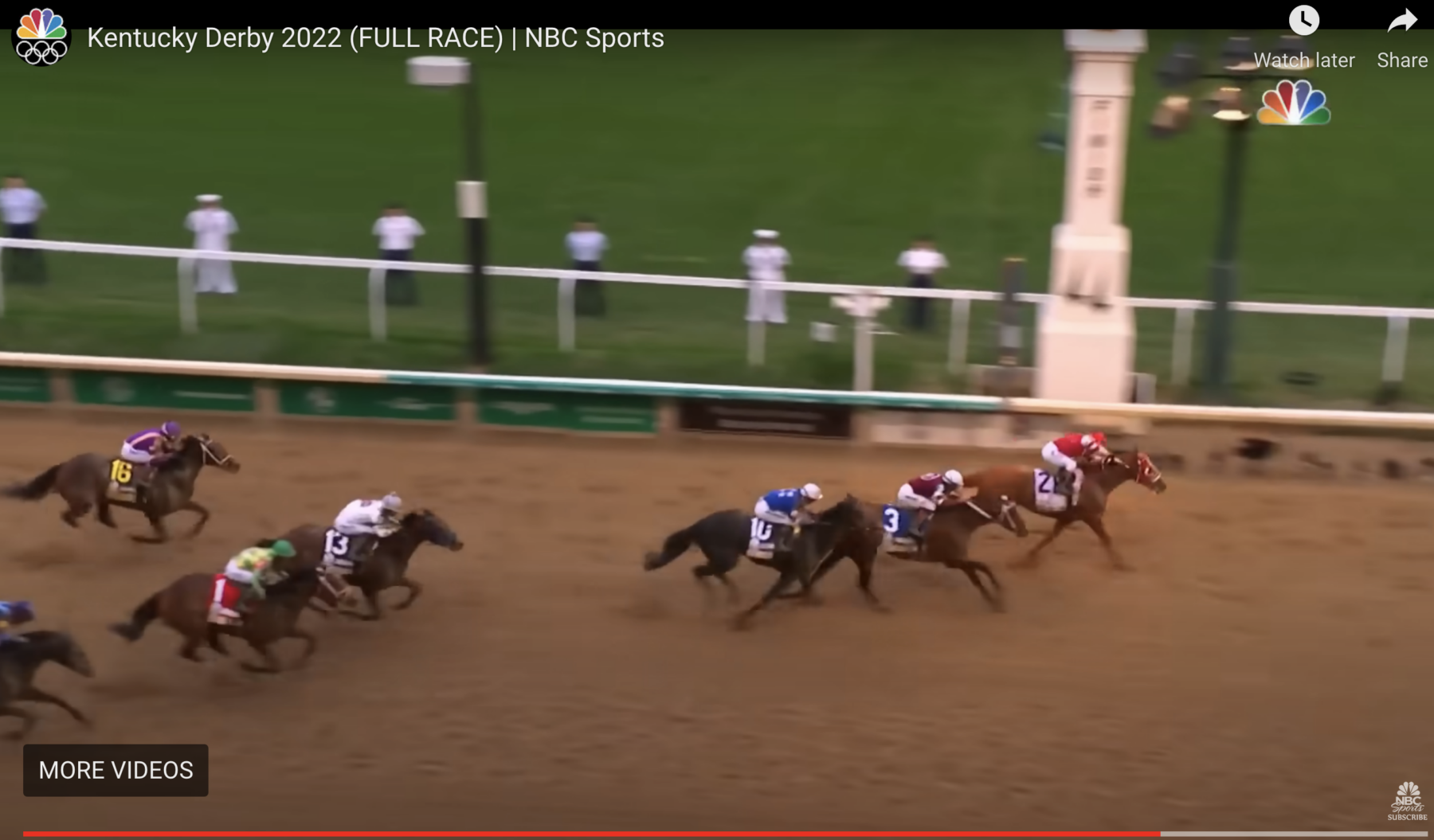 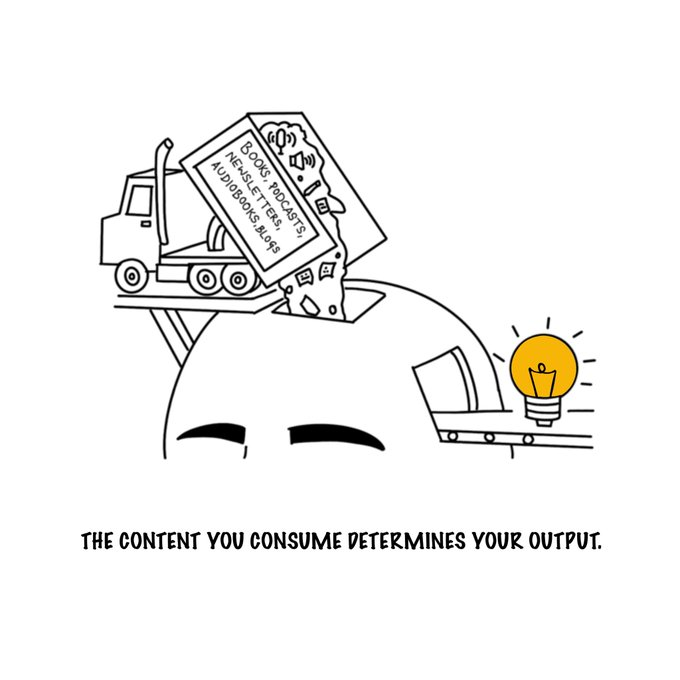