Quick Notes on the Brexit Deal

Quick Notes on the Brexit Deal

Because it is Christmas Day, and I’d really rather not spill a lot of ink on the Brexit deal at this particular moment, plus we don’t really know much about what is inside the package yet, I hope you don’t mind just a few comments now.

This is still a very thin deal that only reduces Brexit dislocations. The UK gets a hard Brexit rather than a crash-out. On trade, the big gain is not having tariffs or quotas. However, that does not eliminate the need for new documentation at the border, and new licenses/permits for haulers. Kent will remain a lorry park for the next few months, and the situation will get better only when the various parties to shipments have learned how to process the paperwork correctly and quickly, and the UK has gotten its systems in order and has enough trained border personnel.

Other important issues were things like access to security databases and data sharing, which weren’t as sexy (and weren’t the big bones of contention) but would have fallen by the wayside in a no deal.

A deal by January 1 was not inevitable. Some observers are opining that the EU and UK were bound to come to terms. Yes, because they are still very much bound up with each other due to history and proximity, which resulted in a pretty high level of economic integration under the EU. But not necessarily by January 1. People and countries can be irrational and shortsighted, or think they are being rational when operating on bad data or bad assumptions. As recently as last weekend, it really did look like the negotiations were fatally stalled. I am highly confident that the EU side recognized that a crash-out would result in the UK coming back to the table in relatively short order, say weeks, as the damage done by tariffs on top of all the other disruptions became too painful. I’m not clear if the UK ever accepted this idea.

A thought experiment: what if Jean-Claude Juncker were still President of the EU Commission? Juncker had the highly entertaining habit of poking the UK in the eye after every in-person top-level meeting by allowing his deputies to leak tidbits which demonstrated how ignorant and presumptuous the UK side was. He’s also snark to journalists at his well-lubricated lunches. If Juncker kept poisoning the well, even in a small way, it would have put off not just the fabulously erratic UK side, but would have given ammo to those on the EU side that had lost patience with Johnson’s antics and need to scapegoat. That would have made it harder to keep everyone at the table.

The EU was already tired of how much time Brexit had taken. They could almost certainly gotten a better deal in the if they’d stood back, not kept giving the UK more of a lifeline, and let them crash out. But negotiations in 2021 from meaningfully different starting points would have been a huge time sink, in the middle of a pandemic and resulting economic crisis.

To shine a light on one of the greatest spending sprees in Britain’s postwar era, The New York Times analyzed a large segment of it, the roughly 1,200 central government contracts that have been made public, together worth nearly $22 billion. Of that, about $11 billion went to companies either run by friends and associates of politicians in the Conservative Party, or with no prior experience or a history of controversy. Meanwhile, smaller firms without political clout got nowhere….

The contracts that have been made public are only a part of the total. Citing the urgency of the pandemic, the government cast aside the usual transparency rules and awarded contracts worth billions of dollars without competitive bidding. To date, just over half of all of the contracts awarded in the first seven months remain concealed from the public, according to the National Audit Office, a watchdog agency…

In the government’s rush to hand out contracts, officials ignored or missed many red flags. Dozens of companies that won a total of $3.6 billion in contracts had poor credit, and several had declared assets of just $2 or $3 each. Others had histories of fraud, human rights abuses, tax evasion or other serious controversies. A few were set up on the spur of the moment or had no relevant experience — and still won contracts. 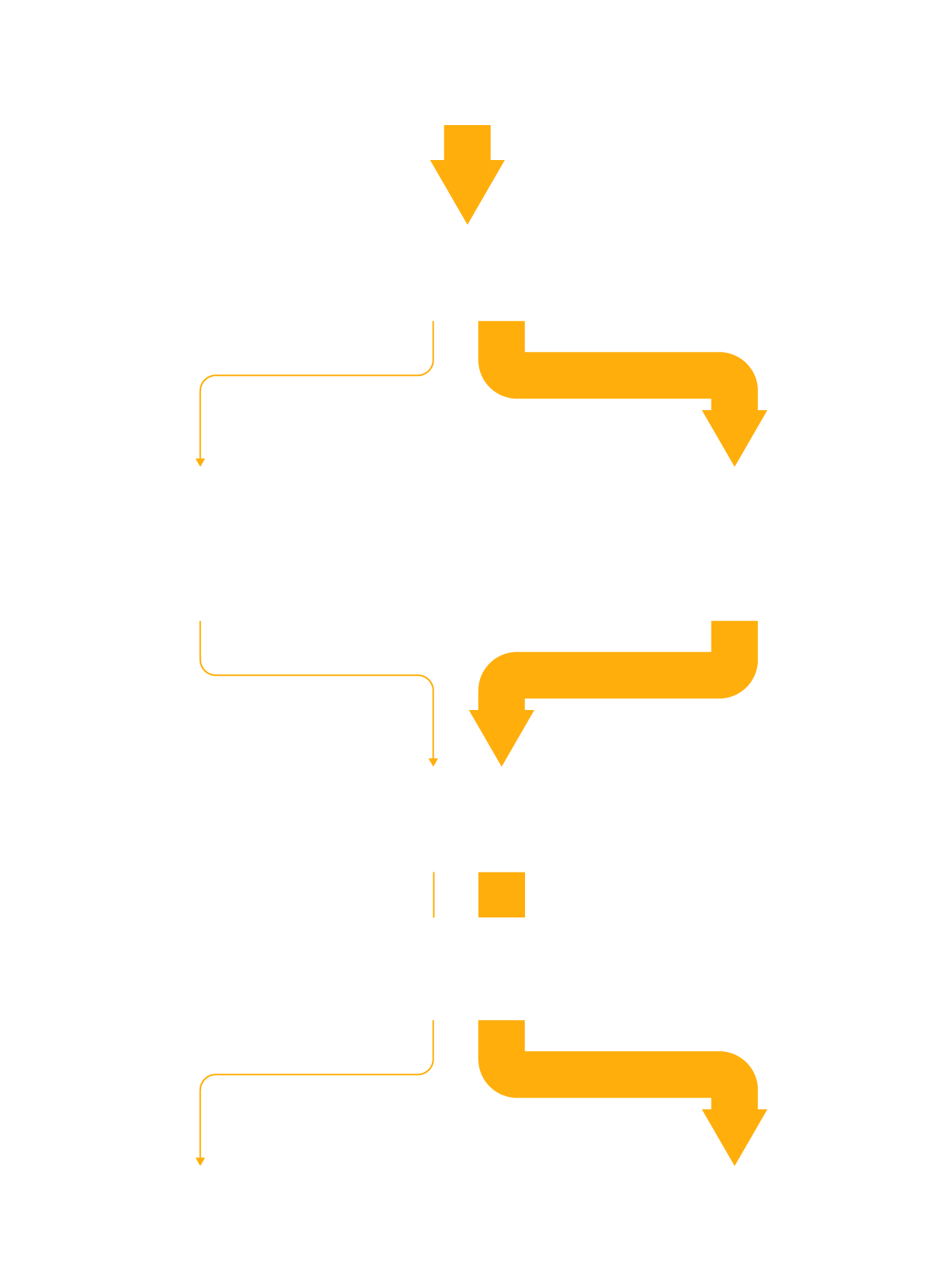 I encourage you to read the New York Times story in full.

So Christmas is nigh. The Government had already gotten pushback over lockdowns in Manchester. Then the new Covid strain is discovered, the Government botches its Tier 4 lockdown of the South just as pretty much all of the world defensively cordons the UK off from air travel (and France from lorry entry).

And speaking of lorries, numerous videos of trucks tailbacks extending for miles and new lorry parks at Kent looking mighty full were a wake-up call that Brexit was turning into a logistical nightmare, and the worst hadn’t even arrived. As David said by e-mail:

Covid has actually been helpful, in giving a foretaste of what no-deal would actually be like, and I wonder whether huge traffic jams and travel bans may finally have brought home to Johnson that no-deal could not be presented under any circumstances as a victory. I think he’s basically a coward (as May was) and he was previously more scared of the ultras than of no-deal. I think he was finally more scared of no deal.

But of course, as we’ve all been saying recently, a “deal” in this context means precious little in practical terms. It’s almost like saying “we agree to say we have an agreement” and we’ll work out the details later.

The UK makes it clear that it cares more about PR than substance. The Government stunningly posted a document designed to bolster its campaign to depict the deal as a win for the UK t before the two sides said they’d reached an agreement (per Politico, 2:44 PM Brussels time; Clive e-mailed me the link at what would have been 1:43 PM; a Bloomberg story on Johnson braying about the Government’s supposed victory had gone up more than two hours earlier).

The point here is that the UK even feels compelled to score it as a “win-lose” situation, which is likely to be the first. Even Trump didn’t run a detailed score-sheet on the US negotiations counting “points away and points home”.

I may be wrong but I don’t think I’ve ever seen anything like this in the past – a document which analyses a settlement in terms of “wins” and “losses.” It’s spin-doctoring gone mad. The usual custom is to talk about a “good deal for both sides.” It suggests, as we thought, that this has always been just about presentation, not substance.

In keeping, from Politico’s morning newsletter:

“It was a long and winding road, but we have got a good deal to show for it,” European Commission President Ursula von der Leyen said at her press conference, citing the greatest British export of all time. “It is fair, it is a balanced deal, and it is the right and responsible thing to do for both sides.”

And even on the most cursory of passes, it’s obvious that the Government’s scorecard can’t be taken seriously. First, there’s no weighting of the importance of the various items. Clive concurred:

It’s just stupid stuff which is fodder for sound bites in a five minute TV interview from ministers but of not a shred of real-world meaning. Prisoner transfer having the same “win” or “lose” numeric value as financial services? Pish. Written by the U.K. government Department of Silly Walks I think.

Second, some of the claimed UK wins are clumsy fabrications. For instance:

This is a flagrant misrepresentation of a process point. Recall that the UK repeatedly asked for a series of mini-deals, a la Switzerland, which the EU flatly rejected. Remember Barnier’s mantra: “Nothing is settled until everything is settled” Even though the two sides had put a large number of issues to bed while wrangling the open issues, the understandings on those points would be moot if the remaining ones weren’t agreed.

The barmy discussion of annexes is an effort to present their existence as a capitulation to the earlier “mini deals” demand. But that’s false. The deal is one big treaty. Having some issues addressed in particular sections does not make it any less a single deal unless the annexes are set up to be legally separable, which is exceedingly unlikely.

Given this level of, at best, slipshod presentation of the terms, it will take a reading of the actual text to determine what went down. Careful wording could turn what the UK scores as wins on either side to draws or “to be determined later.”

As the Guardian cautioned in its editorial:

The contents are not yet clear, and the proximity of the 31 December deadline leaves little time to absorb the character of the new arrangements, let alone scrutinise the detail. That is partly a function of Mr Johnson’s notorious tendency to equivocate, but it also reflects a certain tactical cunning. The prime minister does not want this deal to be examined. What can already be said with some certainty is that it prescribes an immediate downgrade for the UK economy. That is a function of leaving the single market and customs union, and those choices were baked into the negotiating mandate. Trade volumes will decrease. Supply chains will be disrupted. Jobs will be lost. Those are intrinsic features of the hard Brexit model mandated by Mr Johnson.

In other words, Johnson’s victory is Pyrrhic.

Previous Article
Larry Summers’ Opposition to $2000 Covid Payments Confirms Our Classic: “Why Larry Summers Should Not Be Permitted to Run Anything More Important than a Dog Pound”
Next Article
Links 12/25/2020