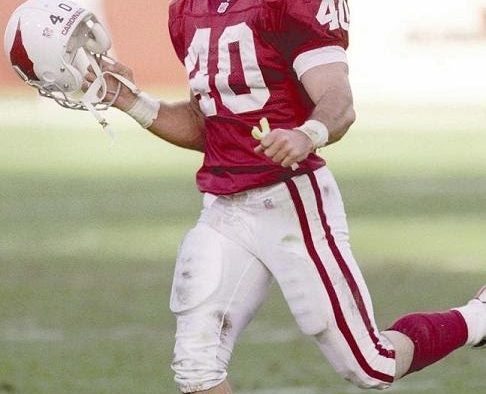 TEMPE, Ariz. — The Pat Tillman Foundation has converted this year’s Pat’s Run, a 4.2-mile race scheduled for April 18 held in honor of Tillman, into a virtual race instead of hosting more than 20,000 runners in Tempe, Arizona.

The decision to change the race was made in response to the coronavirus outbreak.

“We are prioritizing the health and safety of our runners, volunteers, and staff and are responding to guidance from health and governmental officials,” Dan Futrell, Pat Tillman Foundation CEO, said in a letter emailed to runners on Saturday morning.

Futrell explained in that letter that instead of congregating in Tempe, runners can run the length of the race individually from wherever they choose.

“This was a hard but necessary decision for our team, but we continue to be driven by the values, the community, and the mission that we’ve built over the last 15 years,” Futrell said. “Prioritizing the health of our runners, volunteers, and staff is our top concern, and we’re grateful to have over 30,000 runners and volunteers who can still support our important mission by running virtually and sharing their 4.2-mile run online and cheering each other on.”

Registered runners will still receive their race medal and T-shirt. Futrell encouraged runners to post their experiences on social media. Runners also have the option of donating their race registration to the Pat Tillman Foundation if they don’t want to run, Futrell said.

This was going to be the 16th Pat’s Run, which raises money for the Tillman Scholar program. According to the foundation, “Tillman Scholars are military service members, veterans and spouses who carry forward Pat’s legacy through their work to impact their communities.”

Tillman was a linebacker for the Arizona Cardinals and at Arizona State. He famously left the NFL to serve with the Army Rangers in 2002 and was killed in action on April 22, 2004.

The race honors Tillman by beginning and ending on Arizona State’s campus with runners crossing the finish line after 4.2 miles at the 42-yard line inside Sun Devil Stadium to honor Tillman’s ASU number.