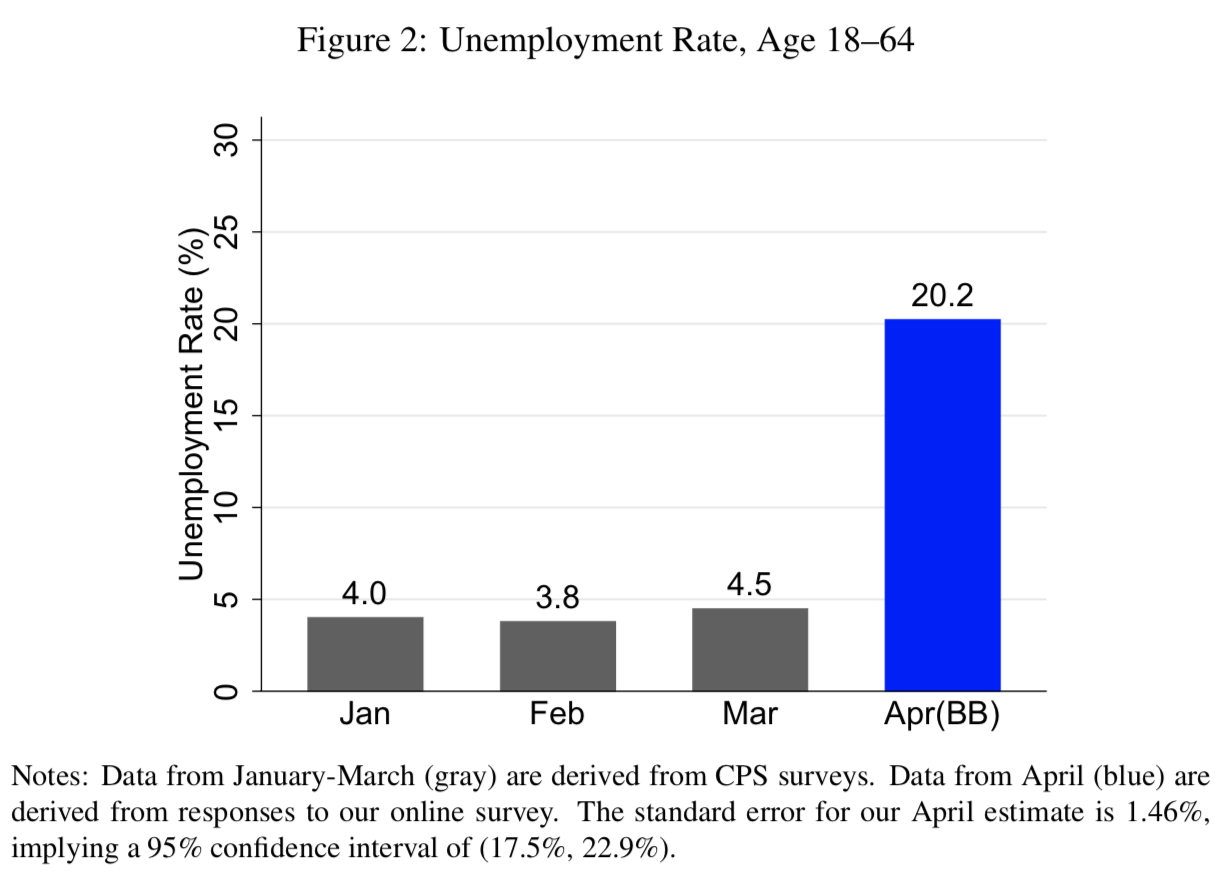 Fascinating idea: Currently, we get a single Employment Situation report from BLS once a month. What if that data were updated more frequently? 2X a month, weekly, daily and eventually continuously?

That is on the minds of researchers who created the chart above. They designed a survey questionnaire to closely parallel the one used by BLS.

Here are their major findings for the last week of March:

2. Even larger declines in aggregate labor supply then implied by employment alone.
(a) Hours worked per working age adult declined 25% from March. In the first week of April, individuals worked 20.4 hours on average, compared with 27.5 weekly hours in the second week of March.
(b) Hours worked per employed declined 12% from March. Even those who are still employed are working 4.5 fewer hours per week, a reduction of over half a day of work. This implies that just under half of the decline in hours per working age adult were due to reductions in hours worked per employed, and are therefore not reflected in changes to the employment rate.

3. Unprecedented increase of the share of hours worked from home.
(a) We find that 63.8% of work hours were from home during the first week of April, compared with roughly 10% in the Spring of 2017 and 2018.

5. Disparities in labor market outcomes by sex, age, education, race, and hourly status.
(a) Although negative effects are widespread, they are more pronounced among workers who are female, older, and less educated. 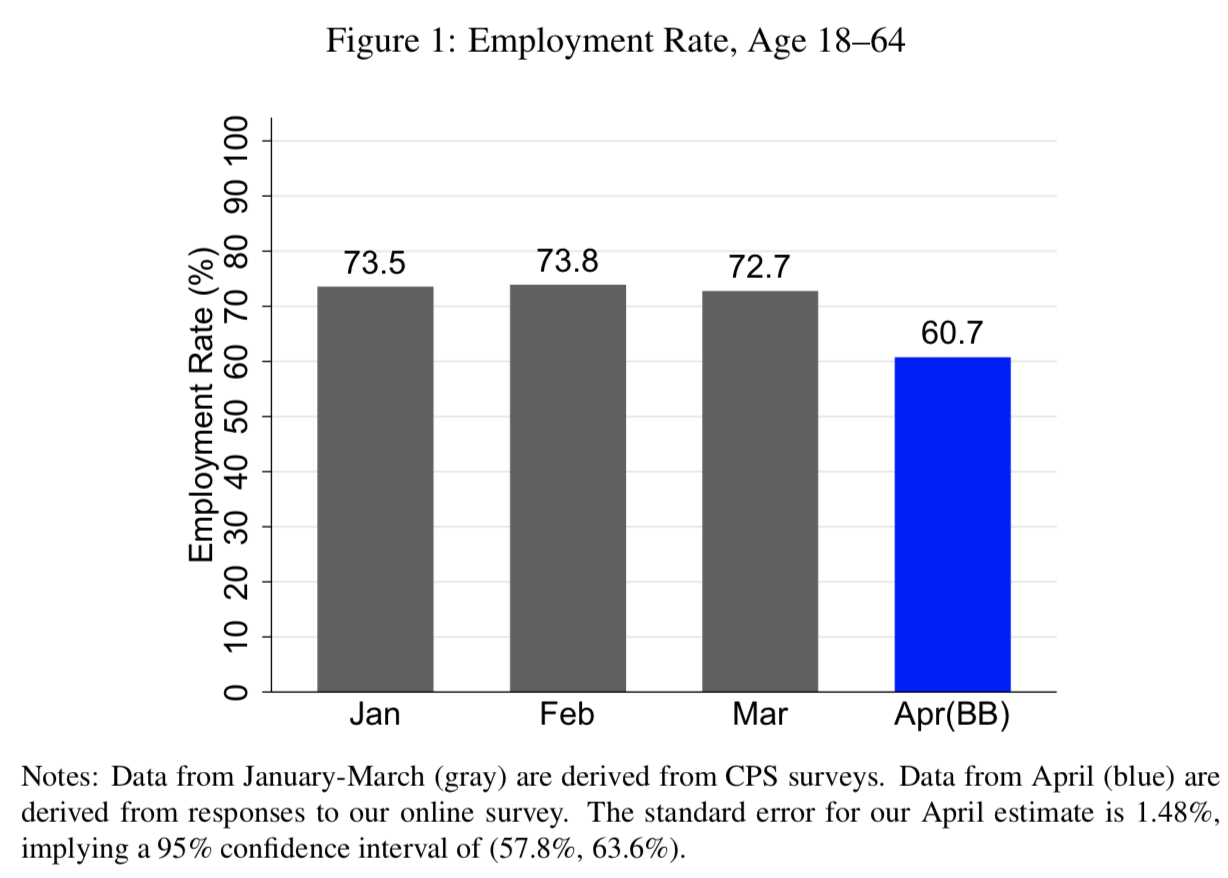 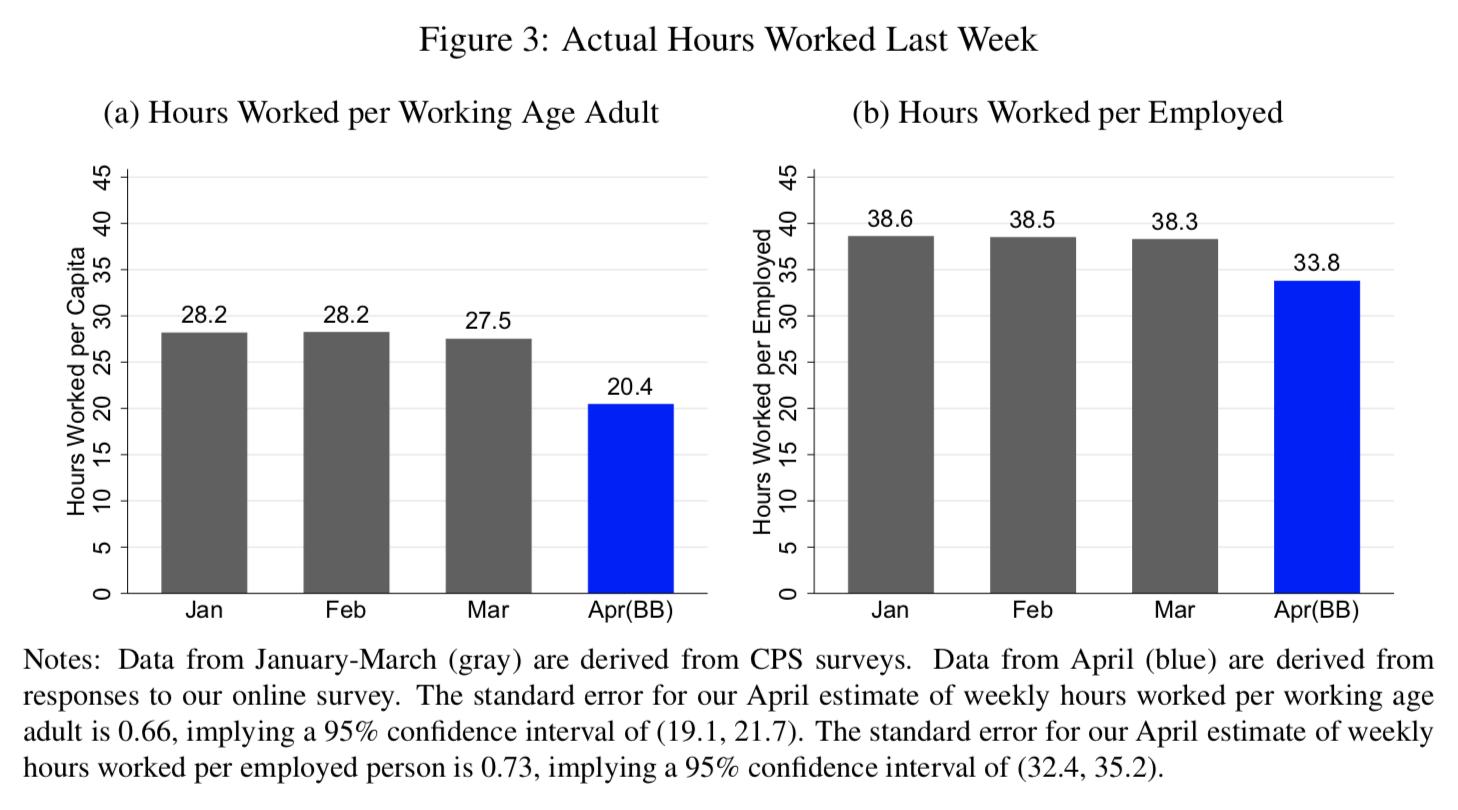 Previous Article
The New Fault Lines in a Post-Globalized World
Next Article
Lockdown Rebelliousness: Denying that Coronavirus Is in Charge

Lockdown Rebelliousness: Denying that Coronavirus Is in Charge
April 16, 2020