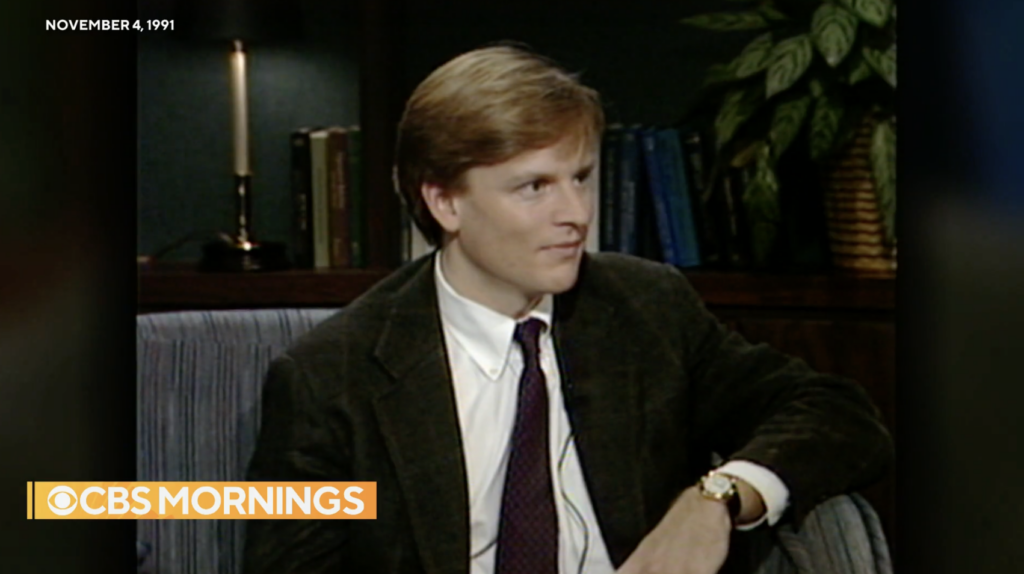 Every time I interview Michael Lewis, I learn something new. My excuse to chat this time was Season 3 of his podcast Against the Rules.

In prepping for the interview, I learn that after 30 years, the audio rights to Liar’s Poker had reverted back to Lewis. He decides to re-read the book for the first time since he wrote it; he then records a complete, uncut audio version of Liar’s Poker himself (along with a companion podcast).

If that’s not worth at least one segment in the show, I don’t know what is. Since it’s been 25 years since I read the book, I decide it’s time to reread all about Solomon Brothers’ bond trading desk in the 1990s. But I cannot find my copy – we are repainting and everything is in boxes.

The book was published in 1989, and from that perspective, 2022 is the future. I automagically transfer the book onto one of my portable glass slabs and get reading.

Here are my 10 takeaways:

1. 100% Fresh: I was surprised by how fresh and new the book was to me. Sure, some of it was vaguely familiar, but I did not recall in great detail a lot of it (25 years does that). It was vibrant and fun and if not quite current, the voice and tone felt new. Overall, I enjoyed reading it about as much as any other work by Michael Lewis (meaning, a lot).

2. Ancient Wall Street: It’s a time capsule, capturing a moment on Wall Street that has not existed for a decade or more. The main characters in Liars Poker – John Meriwether, mortgage department head Lewis Ranieri, CEO John Gutfreund – have become part of Wall Street lore. But Algos/HFT have replaced these egos of these characters, and a quieter breed of professionals run their firms more for money, not glory. It reflects a very specific moment in history, but it felt much closer to today than I expected.

“Man for man Salomon brothers was in 1985 the world’s most profitable corporation.”

3. Characters drive everything: The prose is readable (if at times unsteady) but it is Lewis’ depictions of all of Solly’s characters that make the book really sing. They are fully fleshed out, and distinct from one another, all very recognizable. If you have worked on a trading desk and/or a large sell-side firm, you know all of these types – only your guys were probably not named the “Human Piranha” or “Dash Riprock.”

“The first thing you learn on a trading floor is that when large numbers of people are after the same commodity be it a stock a bond or a job the commodity quickly becomes overvalued.”

4. The author is both narrator and protagonist: This is the only finance book he inserts himself into (Lewis also plays himself in “Coach”). But in every other book he has written, Lewis is the storyteller but not part of the story. And even where he has a role to play – see, The Blind Side or The Undoing Project – is confined to the intro or the epilogue.

“Had Volcker never pushed through his radical change in policy, the world would be many bond traders and one memoir the poorer.”

5. Lewis is still finding his voice: The Michael Lewis you know and love today is not fully formed, but a work in progress in his first book. But there are obvious glimmers of him. In the chapters where he takes management to task for their gross incompetency and blind greed, we find vintage Lewis. His unique voice gets stronger and more confident as the book progresses.

This quote is vintage Lewis:

“A Solomon salesman who in the past had moved $5 million worth of merchandise through the traders book each week was now moving $300 million through each day.”

6. LOL Fiduciary Rule: Skinning clients, dumping crappy products on them, blowing them up — this was all part of the vernacular. Not this was not a boiler room, but rather, one of the best firms on Wall Street. “Caveat Emptor” was the guiding principle and woe to the client who did not realize this.

7. Hints of future books are scattered throughout: The oddball characters, outsiders who spot an opportunity or impending disaster, are all here. Liar’s Poker also foreshadows future books: Most obviously the focus on Solomon’s creation and trading of mortgage bonds is a precursor to the Big Short; the rise of the geeks and techies presages Moneyball and perhaps even Flashboys; the disdain for expertise is a prelim look at The Fifth Risk and The Premonition;

“Whether Lehman’s misfortune was directly related to its unwillingness to admit it was out to make money I do not know.”

8. Debt and Borrowing OMG!: The book talks a lot about America’s borrowers and the evils of excess debt. It’s amazing how dated this is today, with characters warning of the imminent weakening of the US dollar and other economic troubles, none of which has come to pass.

With the benefit of hindsight, the traditional view on debt, the dollar, and U.S. creditworthiness were totally wrong:

“American governments, consumers, and corporations borrowed money at a faster clip during the 1980s than ever before: this meant the volume of bonds exploded (another way to look at this is investors were lending more money more freely than ever before). The combined indebtedness of the three groups in 1977 was 323 billion much of which wasn’t bonds but loans by commercial banks by 1985 the three groups had borrowed $7 trillion.”

9. He kept a notebook: Not his usual approach, he kept daily notes about his experiences. He was publishing articles in places like The Wall Street Journal under his own name, and causing problems for management. He was so well thought of that the compromise (lol) was for him to publish under a nom de plume.

During the 1987 crash, he walked around the 41st-floor trading room jotting down notes into his journal in plain view of everyone (no one noticed, as they were a little busy).

“People who believe themselves of social consequence tend to leave more of a paper trail, in the forms of memoirs and anecdotiana.”

10. The Name Liar’s Poker: The book was almost had a very different title: Fast and Loose in the Golden Years, Bond Fever, Spellbond, Burn Out, The Empire Builders, Disposable Assets, Other People’s Money, Bonds of Passion all were in the running.

“I had a great title staring me in the face and I didn’t even know it,” he said.

10B. Hilarious footnote: Publishers were so encouraged by the success of Liar’s Poker that they wanted Lewis to write a novel, which Lewis it took a few 100 pages of drafting before he realized what a terrible idea that was.

One of the interesting takeaways Lewis has discussed before has been that he thought he was writing a cautionary tale that would deter young people from entering the profession – as he learned, it only encouraged many of them.  That has since morphed into a deeper  understanding of his craft: All an author can do is put their book out there; how it is perceived and what it means is up to

If you haven’t read Liar’s Poker in decades, then consider this a strong endorsement. At the very least, it will hold you until the next Michael Lewis book comes out.

Previously:
MiB: Michael Lewis on Experts (Coming in May 2022) 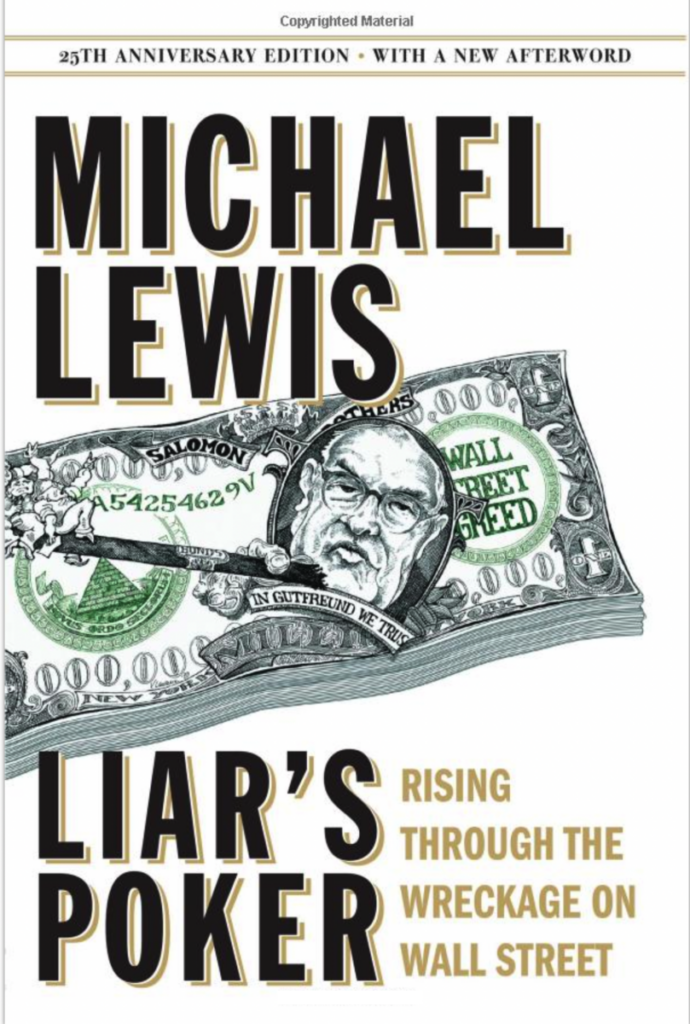