What is Driving Markets?

What is Driving Markets?

I have been mulling over a somewhat contrarian theory as to why the US markets seem to have decoupled from the U.S. economy. I have a commentary with lots of data on this coming Monday, but I wanted to discuss the evolution of my thinking about it today.

I began by asking the Fintwit community what they thought was driving markets, culled from some of the more popular tweets on the topic:

US Markets have rallied to record highs despite economic weakness & Covid-19 surge.

Why are traders ignoring the negatives and powering higher?

I was genuinely surprised about the response to that tweet; here is the FinTwit community reaction: 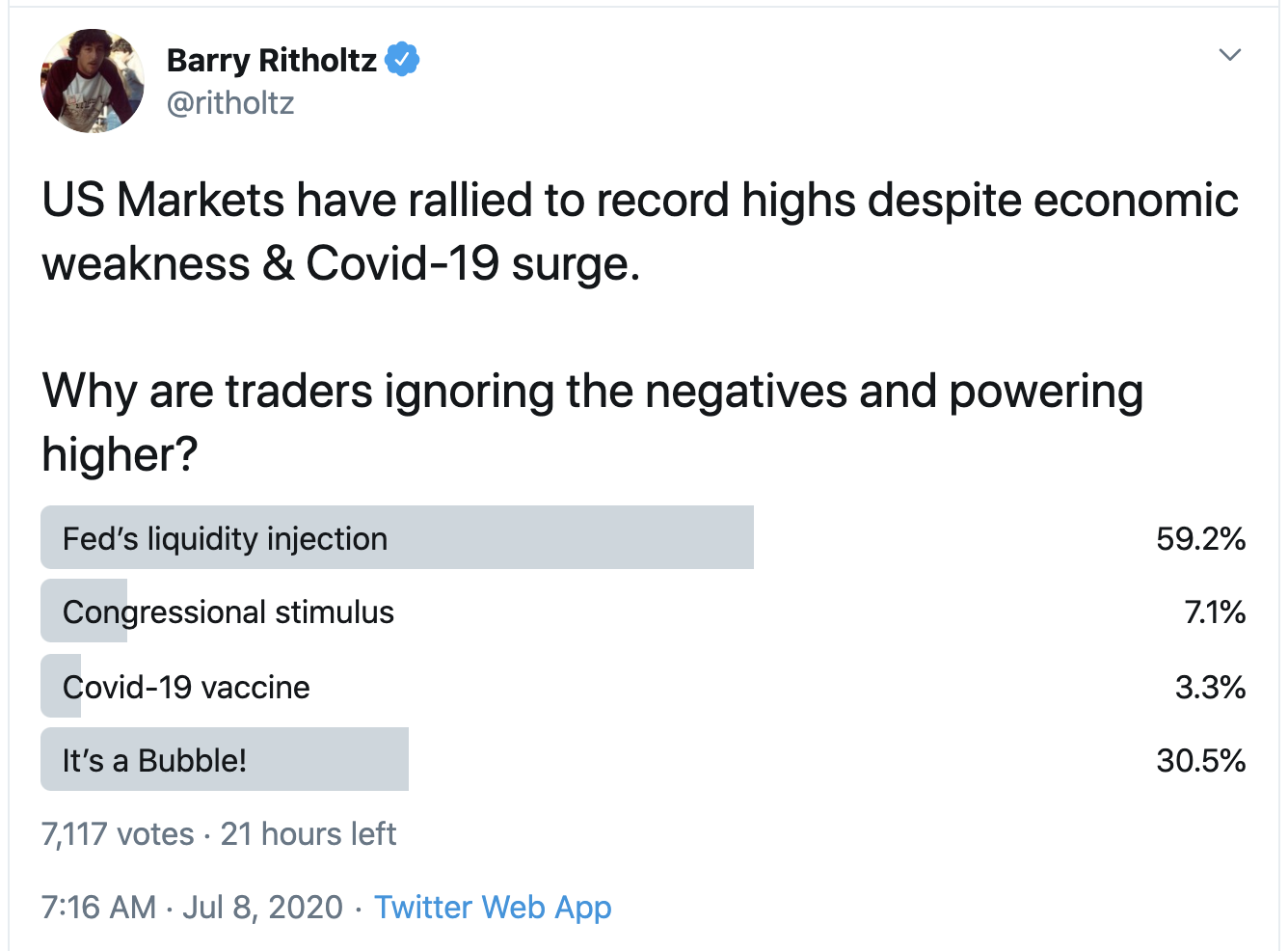 About 60% credited “The Fed” for the market rally off of the lows, while 30% believe it is a bubble; in the comments, more than a few people suggested it was both: a Fed induced bubble.

I half-jokingly noted that no one had suggested “Buybacks,” which if you can remember all the way back to 2019 was a popular explanation for what was driving markets over the prior 5-10 years. Suggestions to add “All of the Above” was thwarted by Twitter’s 4 choice limit for polls, but I think that is as valid an answer as any.

The biggest shock to me: No one whatsoever brought up anything related to “international” in any capacity. No one mentioned overseas regions are the biggest source of revenue for America’s biggest technology companies (and 42% of the S&P500).

I pulled this data form the most recent 10ks for the 6 FAANMG stocks — and it is pretty compelling. 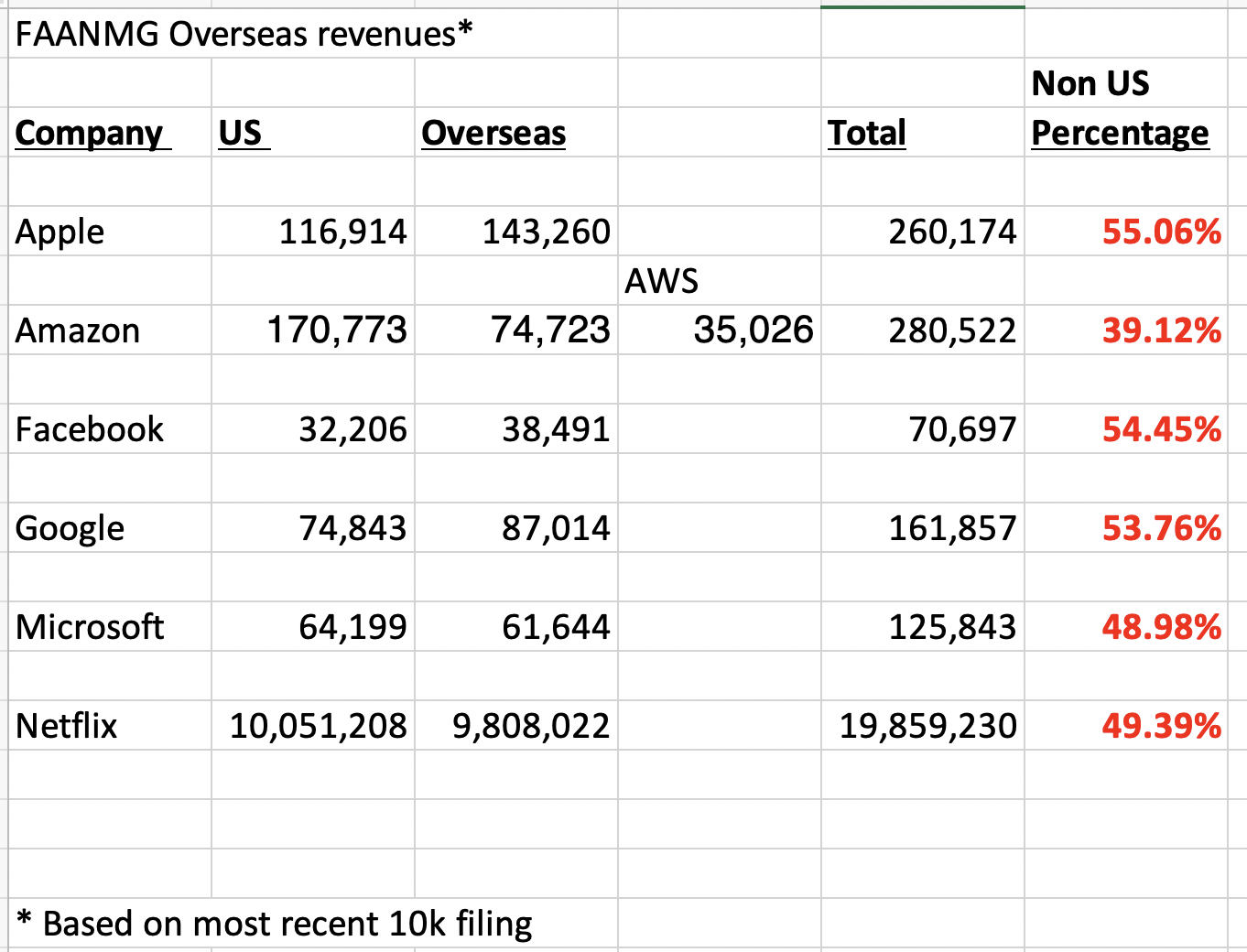 The other item no one thought to mention:  How much better the rest of the world is doing than the US in managing its pandemic — in terms of handling the lockdown, communicating the importance of masks and social distancing, in re-opening. Germany and South Korea and Japan, and yes, even China, have all managed this crisis much, much better than we have.

I pointed this out in a tweet Monday, and (again) I was surprised by the responses. A handful of trolls on the other side of the argument, but generally, widespread support.

The United States has 4.2% of the world’s population, but over 25.3% of the infections and 24.4% of the deaths. It is an overwhelming indictment of gross negligence and incompetence pic.twitter.com/eg2jxzpORb

The difference between the two tweets is the poll at top was read by a financial audience, while this tweet was pushed into a political audience, thanks to retweets by George Conway, Rick Wilson, and the Mooch.

In finance, all of us tend to bring our confirmation bias to the table, typically reflecting our portfolios. But the political audience are hard core believers, and exist in a bubble within which it is very difficult to change any minds.

My job is to bridge the gap between these two disparate belief systems — politics and financial — to see if I can adhere to Ray Dalio’s prime directive to investors: “There is nothing more important than understanding how reality works and how to deal with it.”

Say what you will about confirmation biases in finance, but all of us have the ability to cover a short and go long. We each change our portfolio allocations, we sell long held beloved companies. Buying and selling often reflect a change of perspective. The feedback loop in investing is very short — buy or sell something, and you usually know if you are right or wrong in a matter of days or weeks, if not hours.

That feedback loop in politics is decades, and it does not tend to encourage circumspection and thought when we are in error.

Mr. Market is cruel but fair, and intolerant of losing positions.

This is the real genesis of the upcoming analysis. See it here on Monday.

Lots of charts after the jump… 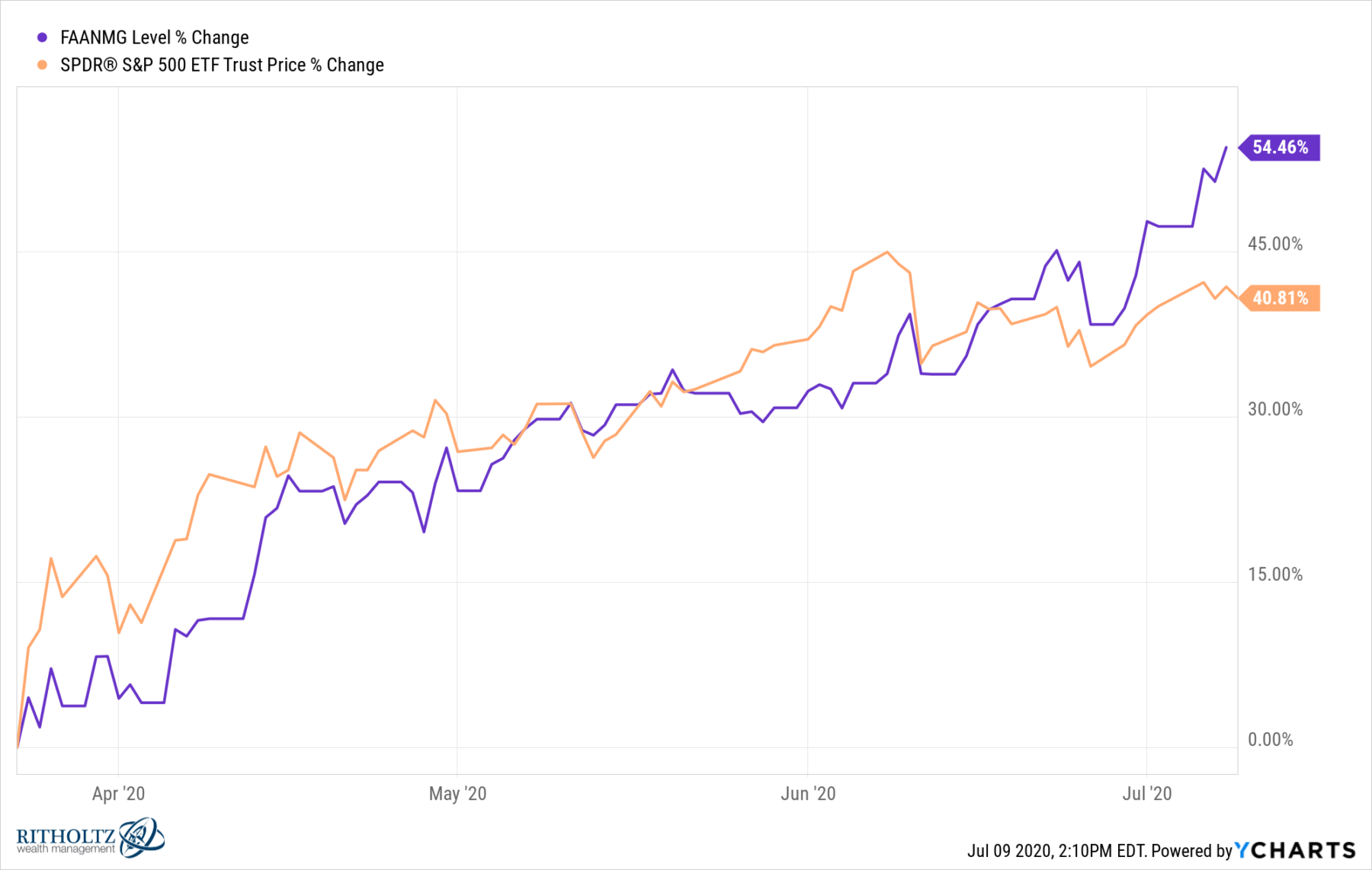 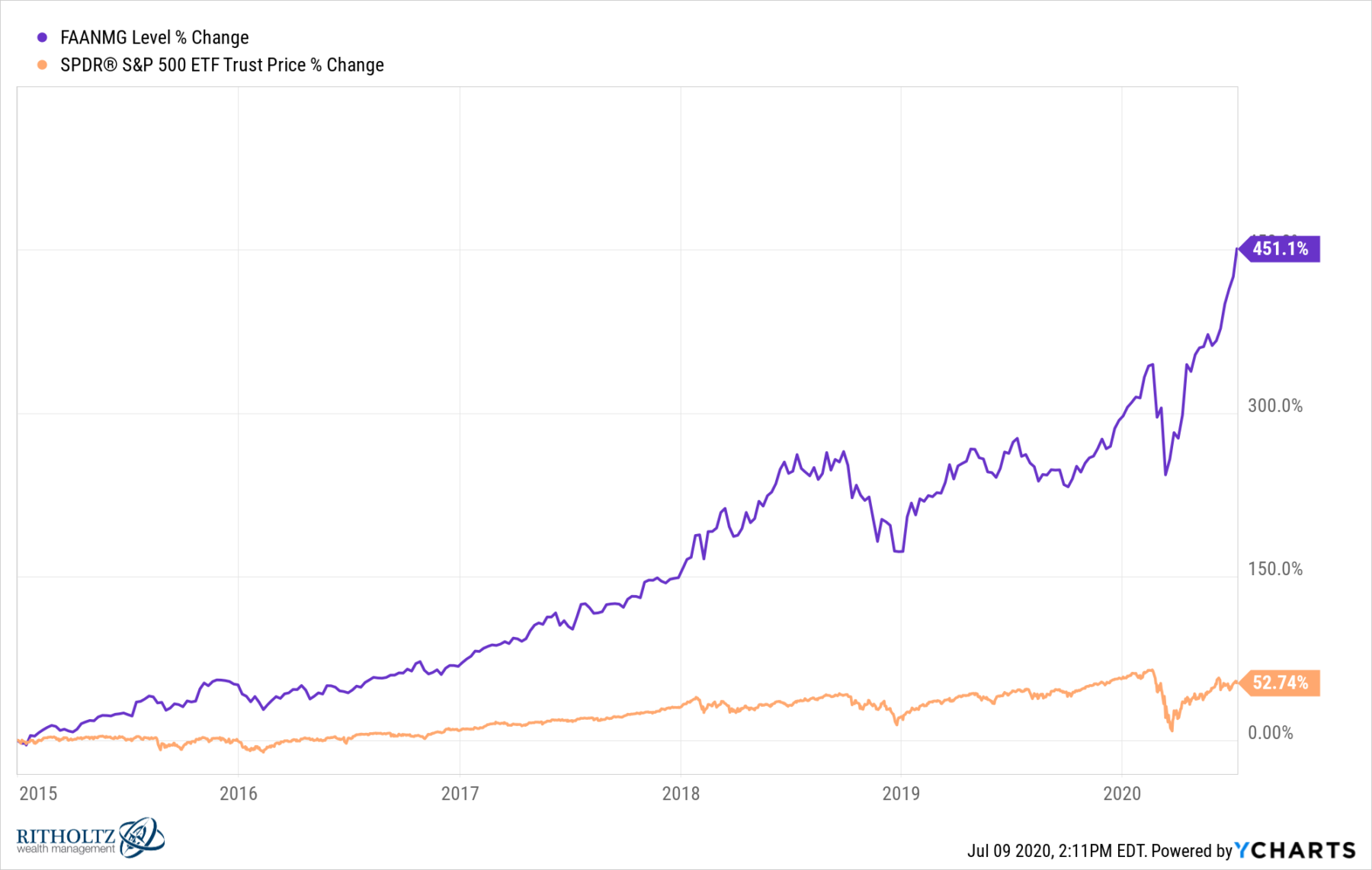 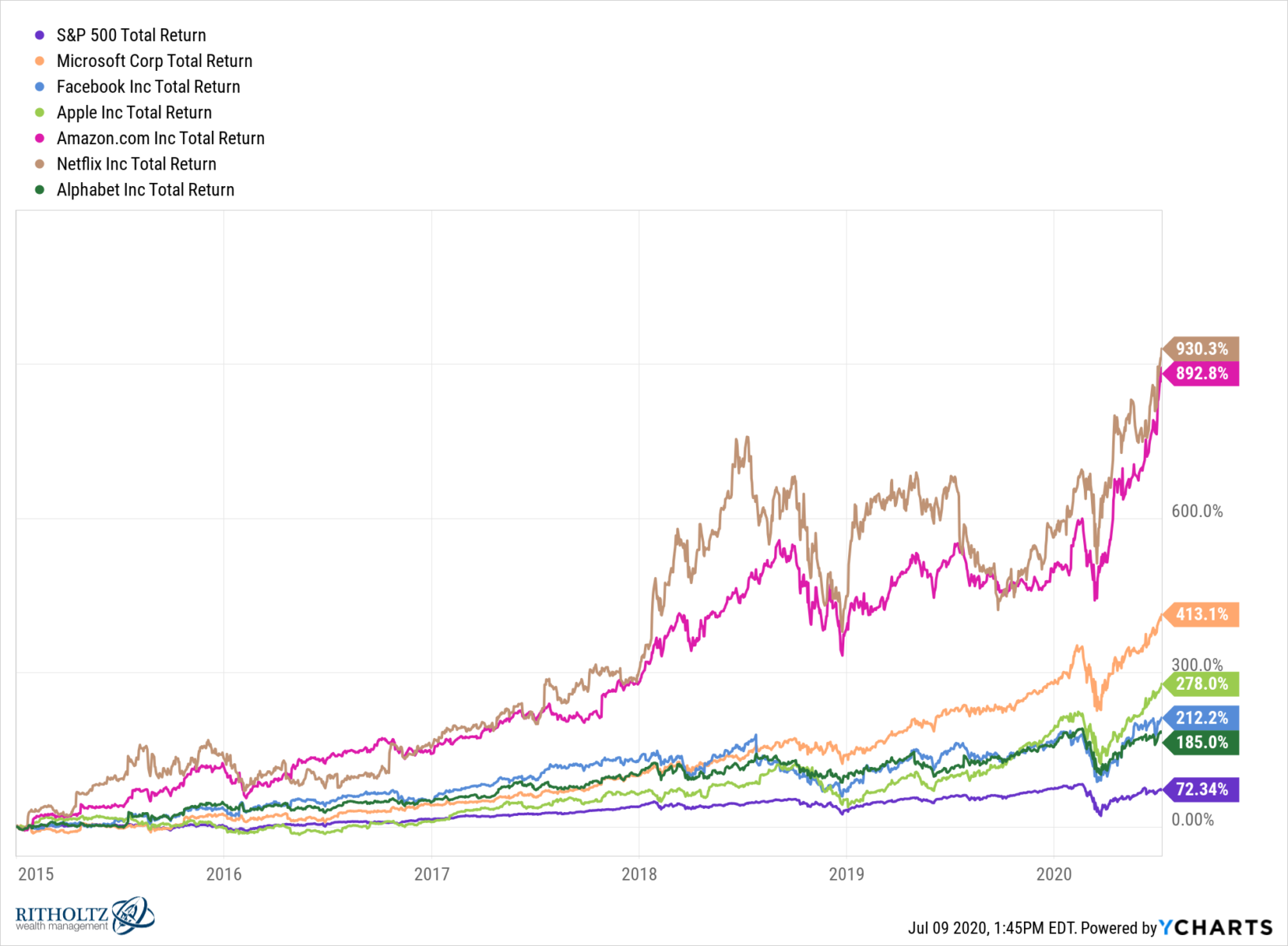 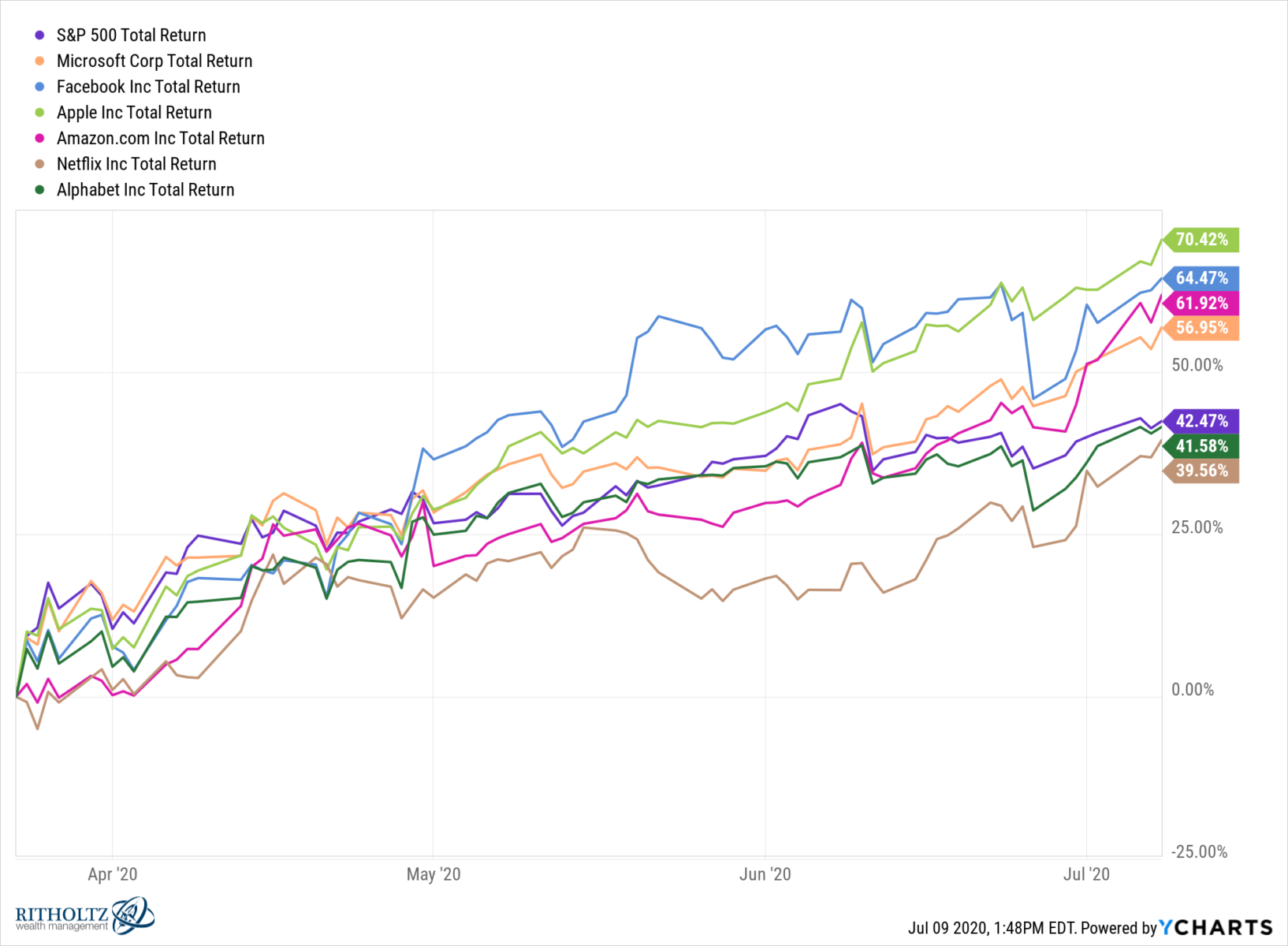 Excess deaths are down — below average — for those younger than eighteen
July 10, 2020