From a fundamental perspective, Tesla is doing quite well: In the third quarter, Tesla sold a record 343,000 vehicles.

They also have an advantage over traditional automakers: An ability to quickly reprogram the firmware of chips. This gives them flexibility when a specific chip becomes unavailable. “Tesla’s strategic use of semiconductors has lowered the number of chips required to produce vehicles” has cut lead times, and allowed the firm to make more cars with fewer chips.

The result is the shortage of semiconductors seems to be less problematic to them than to other companies.

Which raises the obvious question: Why is the stock performing so poorly?

Everybody seems to have their favorite theory. I have a few ideas, none of which are conclusive, but perhaps together they explain some of the price action: the distraction to Elon Musk from the Twitter acquisition (and litigation); company valuation, and last, competition from legacy car makers.

Let’s spend a few moments on each:

1. Distractions: There can be little doubt that Elon Musk is a once-in-a-generation entrepreneur. his success with PayPal and Tesla makes that clear. He is also the founder of SpaceX. That certainly is a time-consuming venture, as is Starlink Satellite internet (operated by SpaceX). These ventures were all before Elon made a run at Twitter, which soon after spiraled, and became a time-consuming litigation mess.

The concern here is that if the purchase is successful, Twitter would be a time-consuming distraction. It’s not a coincidence that the day after Twitter’s board approved Musk takeover bid, TSLA fell 12%; after October 3rd, when Musk announced he was withdrawing dropping the lawsuit, Tesla’s stock fell more than 9%.

2. Price Run Up/Valuation: Investors are aware of how much Twitter’s Tesla stock had run up over two years in anticipation of being added to the S&P 500 of +1160%; however, I doubt these folks know that this giant 2020-21 run up came on top of a nearly identical explosion in TSLA stock price over the previous 7 years of +1140%. 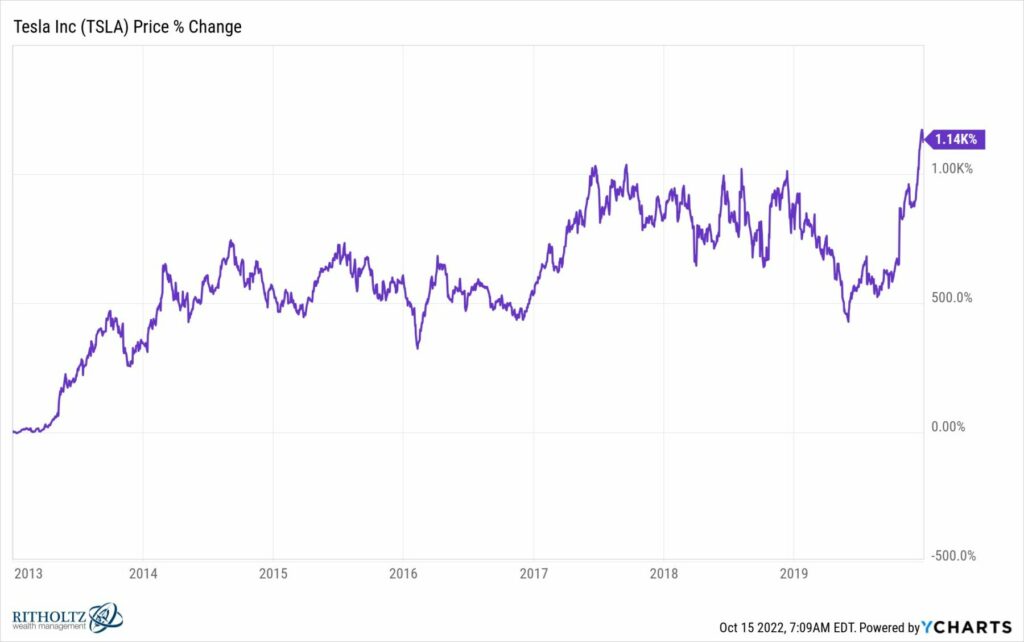 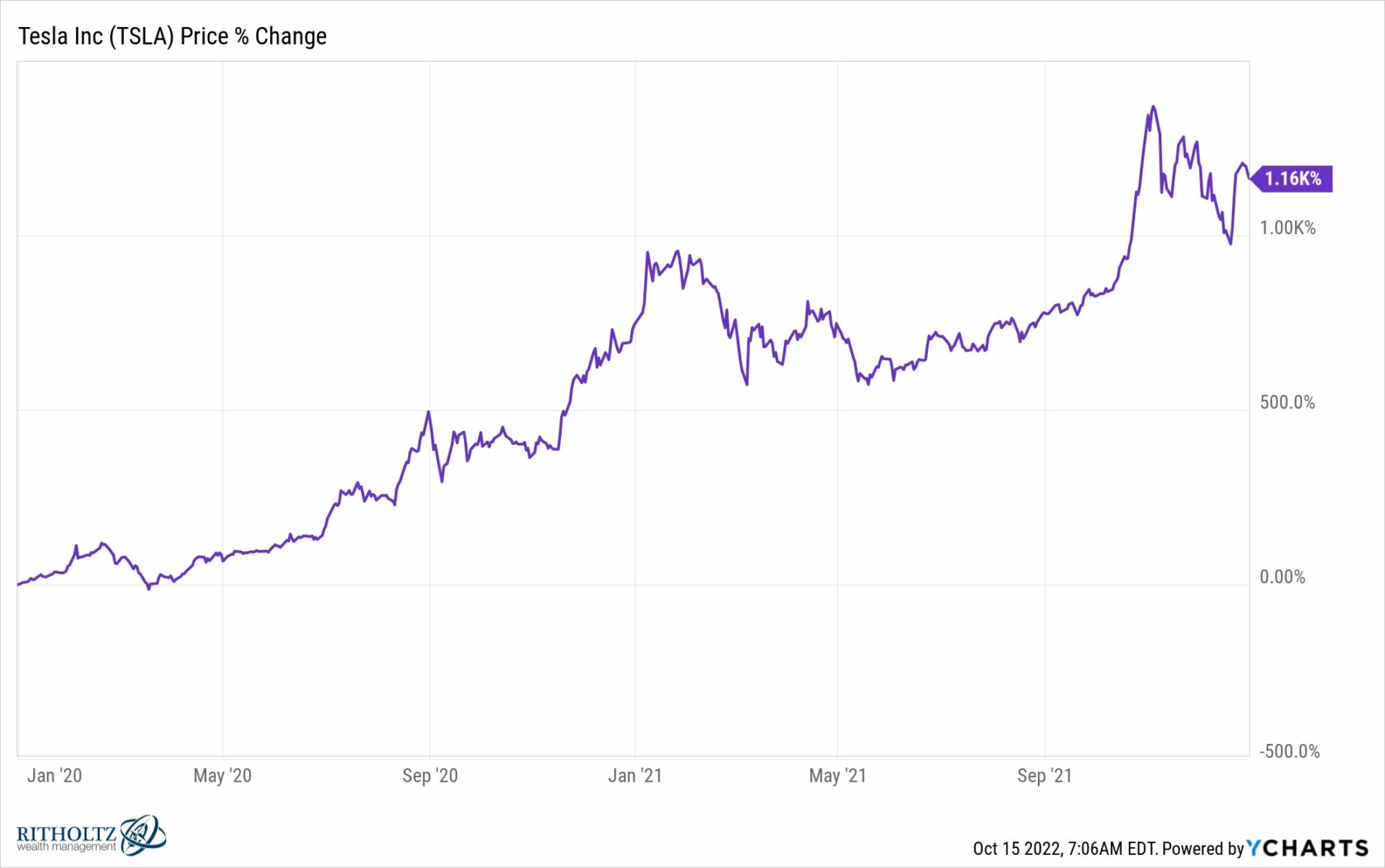 By october of 2021, Tesla was worth more than $1 trillion dollars; its market cap was greater than all of the other automakers — both legacy and start ups — combined.

This made no sense at all. Those sorts of gains leave no room for errors…

3. Competition: Lots of people were concerned that competition from companies like Lucid and Rivian were a potential threat to Tesla but in terms of the actual competition for sales, it’s really more about the legacy automakers like Hyundai, Ford, VW/Porsche/Audi, and Mercedes.

Tesla had a huge lead in terms of technology software and mindshare, and they remain ahead of the competition in these areas. However, the past 5 years provided an opportunity for the ICE makers to play catch up. 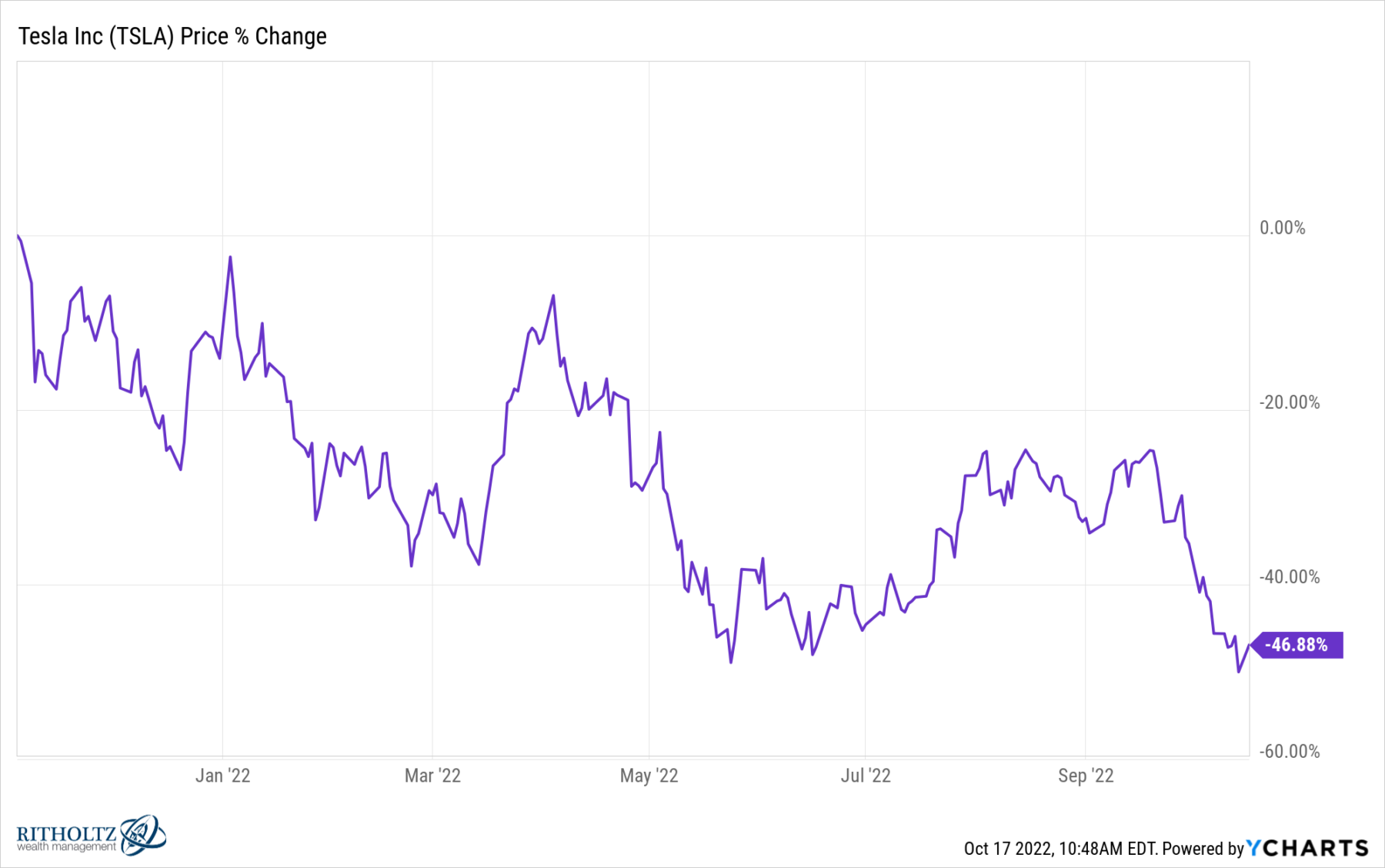