Yves here. Since readers sometimes get ads that seem at odds with our content, and are perplexed, it seemed this explainer would be helpful. However, at least some years ago, I was amused by how often we’d get campaigns from big banks when we were very critical of their business practices and regularly calling for top execs to be prosecuted. We’d reassure readers that that financial firms paying us to run content opposed to their interest was a form of accidental penance.

Sketchy ads, like those for miracle weight loss pills and suspicious-looking software, sometimes appear on legitimate, well-regarded websites. It turns out that most websites don’t actually decide who gets to show ads to their viewers. Instead, most sites outsource this task to a complex network of advertising tech companies that do the work of figuring out which ads are shown to each particular person.

The online ad ecosystem is largely built around “programmatic advertising,” a system for placing advertisements from millions of advertisers on millions of websites. The system uses computers to automate bidding by advertisers on available ad spaces, often with transactions occurring faster than would be possible manually.

Programmatic advertising is a powerful tool that allows advertisers to target and reach people on a huge range of websites. As a doctoral student in computer science, I study how malicious online advertisers take advantage of this system and use online ads to spread scams or malware to millions of people. This means that online advertising companies have a big responsibility to prevent harmful ads from reaching users, but they sometimes fall short.

The modern online advertising marketplace is meant to solve one problem: match the high volume of advertisements with the large number of ad spaces. The websites want to keep their ad spaces full and at the best prices, and the advertisers want to target their ads to relevant sites and users.

Most of the time, ad tech companies decide which ads to show through a real-time bidding auction. Whenever a person loads a website, and the website has a space for an ad, the website’s supply-side platform will request bids for ads from demand-side platforms through an auction system called an ad exchange. The demand-side platform will decide which ad in their inventory best targets the particular user, based on any information they’ve collected about the user’s interests and web history from tracking users’ browsing, and then submit a bid. The winner of this auction gets to place their ad in front of the user. This all happens in an instant. 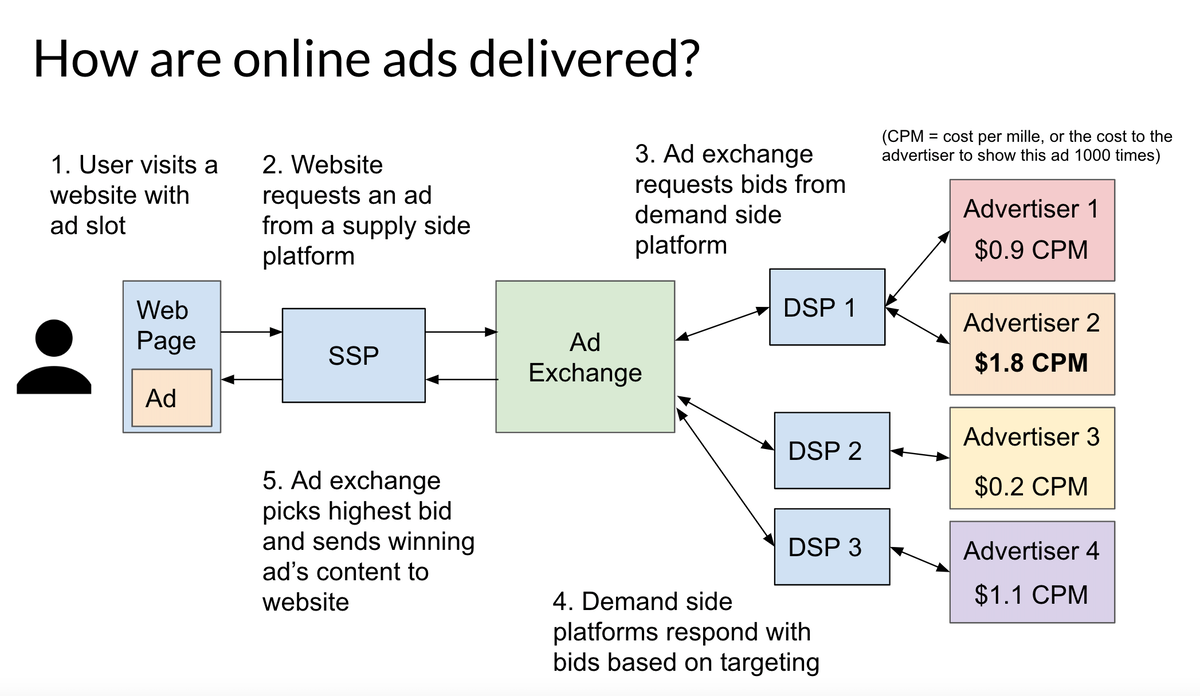 Big players in this marketplace include Google, which runs a supply-side platform, demand-side platform and an exchange. These three components make up an ad network. A variety of smaller companies such as Criteo, Pubmatic, Rubicon and AppNexus also operate in the online advertising market.

Malicious advertisers, like any other advertiser, can take advantage of the scale and reach of programmatic advertising to send scams and links to malware to potentially millions of users on any website.

There are some checks against bad ads at multiple levels. Ad networks, supply-side platforms and demand-side platforms typically have content policies restricting harmful ads. For example, Google Ads has an extensive content policy that forbids illegal and dangerous products, inappropriate and offensive content, and a long list of deceptive techniques, such as phishing, clickbait, false advertising and doctored imagery.

However, other ad networks have less stringent policies. For example, MGID, a native advertising network my colleagues and I examined for a study and found to run many lower-quality ads, has a much shorter content policy that prohibits illegal, offensive and malicious ads, and a single line about “misleading, inaccurate or deceitful information.” Native advertising is designed to imitate the look and feel of the website that it appears on, and is typically responsible for the sketchy looking ads at the bottom of news articles. Another native ad network, content.ad, has no content policy on their website at all.

Websites can block specific advertisers and categories of ads. For example, a site could block a particular advertiser that has been running scammy ads on their page, or specific ad networks that have been serving low-quality ads.

However, these policies are only as good as the enforcement. Ad networks typically use a combination of manual content moderators and automated tools to check that each ad campaign complies with their policies. How effective these are is unclear, but a report by ad quality firm Confiant suggests that between 0.14% and 1.29% of ads served by various supply-side platforms in the third quarter of 2020 were low quality.

Malicious advertisers adapt to countermeasures and figure out ways to evade automated or manual auditing of their ads, or exploit gray areas in content policies. For example, in a study my colleagues and I conducted on deceptive political ads during the 2020 U.S. elections, we found many examples of fake political polls, which purported to be public opinion polls but asked for an email address to vote. Voting in the poll signed the user up for political email lists. Despite this deception, ads like these may not have violated Google’s content policies for political content, data collection or misrepresentation, or were simply missed in the review process.

Lastly, some examples of “bad” ads are intentionally designed to be misleading and deceptive, by both the website and ad network. Native ads are a prime example. They apparently are effective because native advertising companies claim higher clickthrough rates and revenue for sites. Studies have shown that this is likely because users have difficulty telling the difference between native ads and the website’s content. 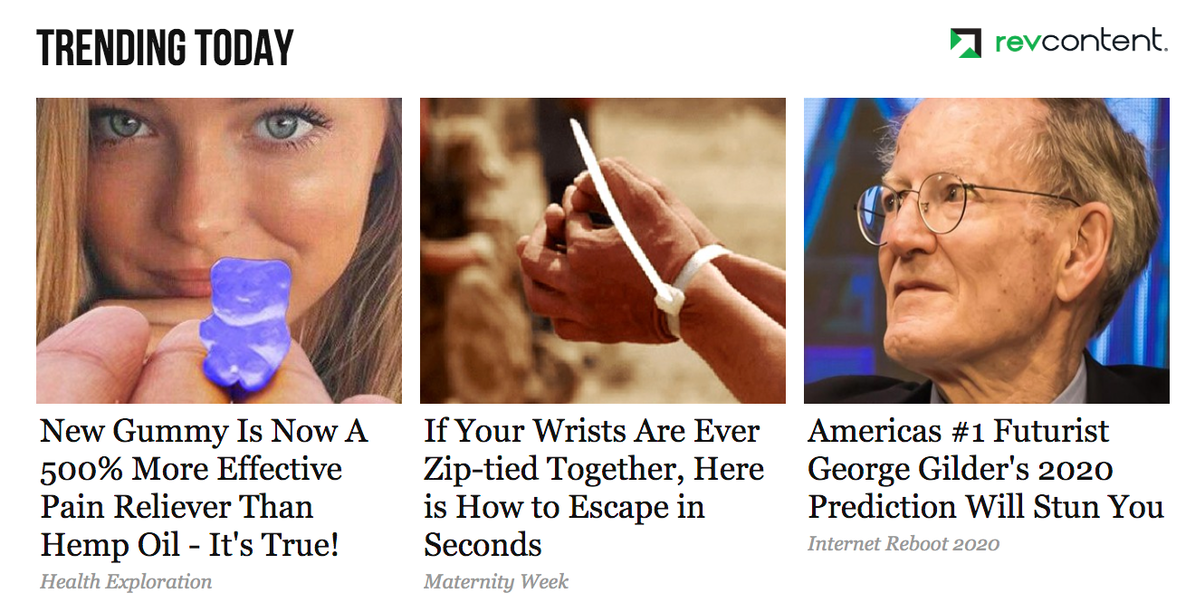 You may have seen native ads on many news and media websites, including on major sites like CNN, USA Today and Vox. If you scroll to the bottom of a news article, there may be a section called “sponsored content” or “around the web,” containing what look like news articles. However, all of these are paid content. My colleagues and I conducted a study on native advertising on news and misinformation websites and found that these native ads disproportionately contained potentially deceptive and misleading content, such as ads for unregulated health supplements, deceptively written advertorials, investment pitches and content from content farms.

This highlights an unfortunate situation. Even reputable news and media websites are struggling to earn revenue, and turn to running deceptive and misleading ads on their sites to earn more income, despite the risks it poses to their users and the cost to their reputations.