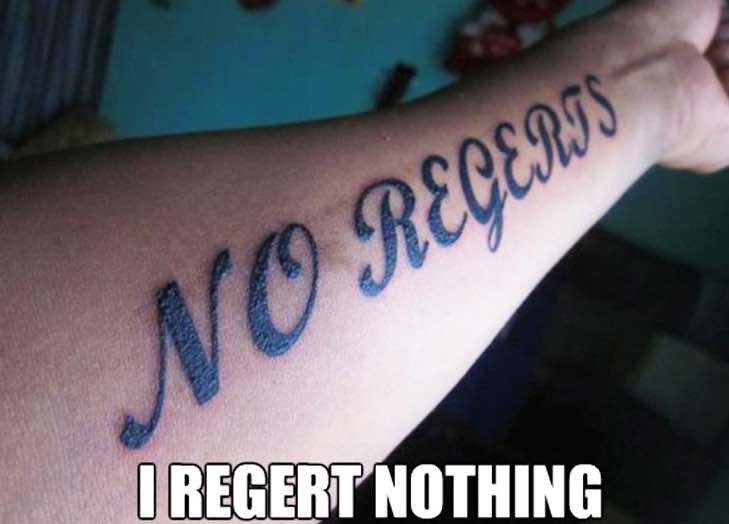 When I was younger, I easily became infuriated at the assbackwardness of the world. It was frustrating to see all the waste, inefficiency and just downright idiocy wreak so much havoc on the people planet earth.

Over time, one mellows, acquires wisdom, and learns to shrug off the seriously stupid.1  My journey towards acceptance of this began on a trading desk, where mismanaged risk could turn into an expensive error. As a newbie, I took solace in the head trader’s pithy wisdom. I never forgot his response to my questions about bad decision-making:

“Someone has to be on the wrong side of the trade.”

This was strangely comforting.

Lots of financial foolishness still motivates me – deep inside, I harbor a red hot ember of fury that burns bright whenever some frustration blows oxygen on it – but over time, I have learned to keep it from spiraling. This has allowed me to channel my rage in a much healthier way.

Rather than getting furious over every perceived transgression, it created an opportunity to engage with the world in a more productive way. For example, I could:

– Use my interests to better educate myself;
– Share what knowledge I learned with readers;
– Build a reputation based on these insights;
– Motivate others towards autodidactism;
– Deploy capital in ways that took advantage of what I learned.

Anger can be a useful motivator when properly channeled. Still, it is a never-ending battle versus ignorance, and the damage it causes in people’s financial lives. One can especially witness this manifest over social media daily.

Each morning, I assemble my AM reading list, consuming only the most interesting and insightful items. I have been doing this publicly for decades, ever since a friend asked me to share my daily list with him. Despite my best efforts to avoid being drawn into the losing side of the trade, some errata still manage to sneak into my field of view.

The greatest strength of the many-to-many publication platform of social media is as a discovery tool. Use it to find smart, insightful people who freely share their hard-won wisdom. But the great weakness of the same platform is that any idiot can go out and reveal themselves as such.

In markets, these are the losing side of the trade. The feedback loop punishes these folks financially – quickly, in measurable dollar amounts that show up in a P&L or portfolio. The ignorant, the misinformed, and the incompetent either get up to speed fast or go broke. This system is brutal but fair.

In society, these same people experience a very different kind of feedback loop: The personal consequences of idiocy are distant, they impact third parties, and are spread out over time and distance. Spreading misinformation about vaccines, the big lie about politics and elections, generally disrupting life as we know it negatively has little personal costs. Maybe a few friends and relatives unfriend you on Facebook and write you off as a dolt. But that’s pretty much it. In an attention economy, it can even create gains.

Which side of the trade are you on?

Investing is a Problem-Solving Exercise (January 31, 2022)

1. There is some risk in this, as stupid is vast in numbers. In a Democracy, this risk is nascent, as stupidity is mostly random, disorganized, unaware of its own interests and needs. But just as an angry mob is a threat to life and limb, so too can stupid become motivated and organized. This when stupid is potentially quite dangerous.